Will Australia have its first recession in 30 years?

It's clear that economic growth in the first quarter of 2020 is going to a wipeout.

The question now is whether a solitary interest rate cut and some speedily deployed government stimulus can turn things around in the second quarter to skirt us past a technical recession.

Australia often does manage this deft manoeuvre given its strong population growth - which pumps up headline figures - but it's pretty clear that the first half of this year is going to be moribund at best from a growth perspective.

Today's international trade balance appeared healthy on the face of it with another large surplus of around $5.2 billion, but this comprised a -3 per cent drop in both exports and imports as activity has stalled. 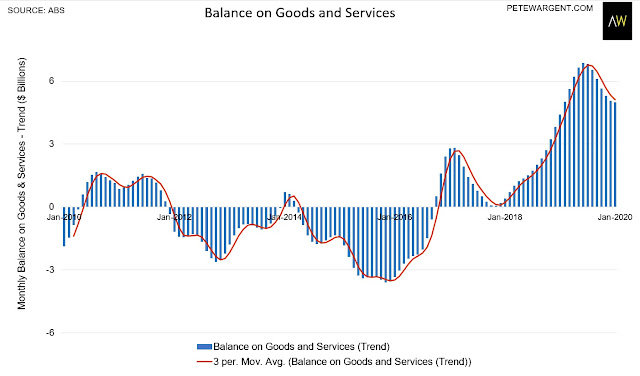 Capital imports have dropped off nastily, suggesting all is not well in the economy.

On the commodities exports side, the value of iron ore shipped has powered on, but other commodities have dropped away somewhat. 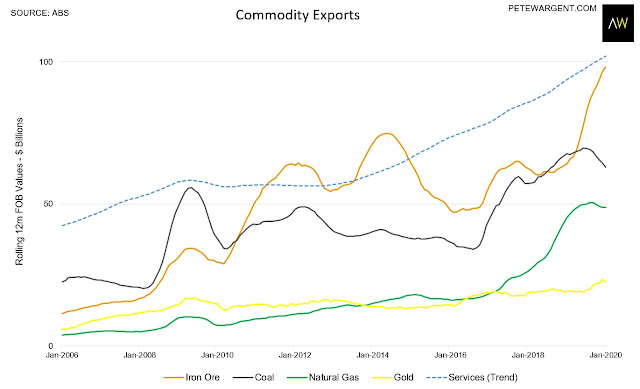 The annual value of Aussie dollar exports dipped for the first time in a long while, to $493 billion. 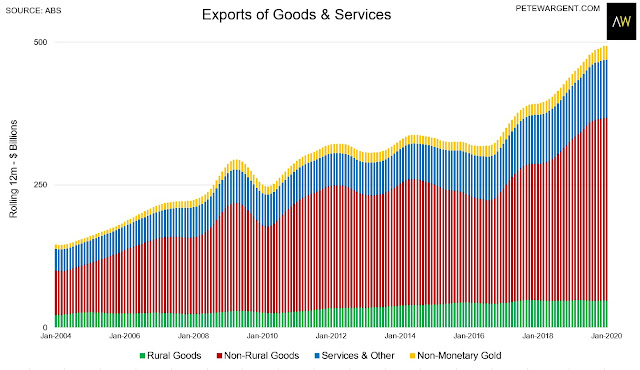 Surprisingly, there was almost no discernible bushfire impact on tourism credits through January, although surely there will be a drop in the coming months due to the coronavirus and related travel ban. 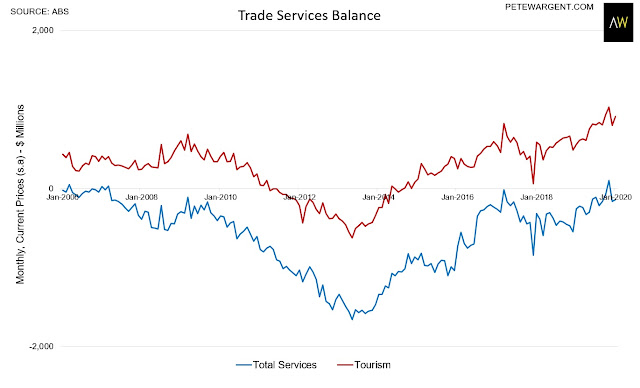 One also wonders whether LNG exports will impacted by force majeure declarations or other contractual issues and disruption. 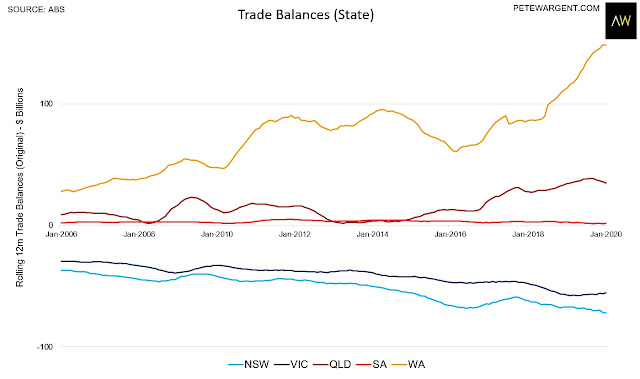 If mining export volumes drop sharply in Q2 then a technical recession will be a shoo-in, so watch this space. 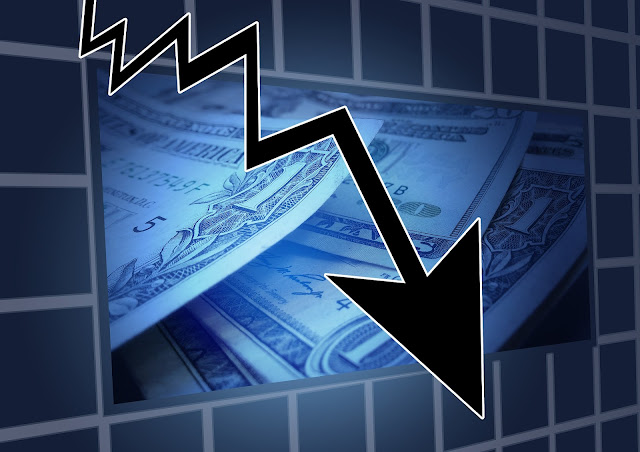