Awful retail figures, with -0.3 per cent turnover for January, and December monthly's result revised down even further to -0.7 per cent.

Seasonally adjusted retail turnover fell $260 million or -0.93 per cent in just two months, in part due to the Black Friday spike.

There have only previously been greater dollar value declines over a 2-month period in 2000 and 2009. 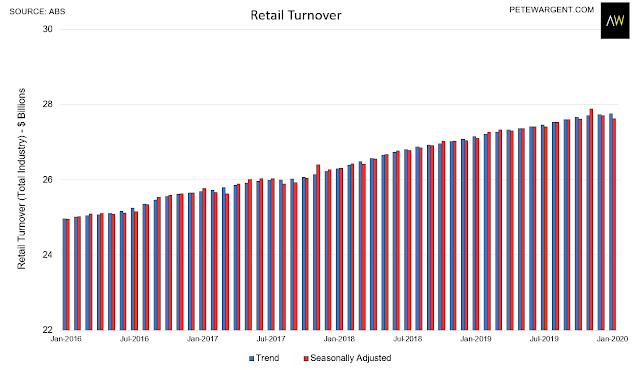 Annual retail turnover growth slowed to just +1.96 per cent, which is a recessionary type of result, and excluding food the growth was atrocious at only +1.4 per cent. 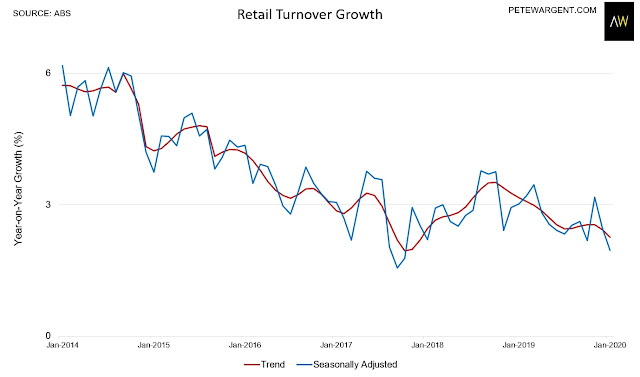 Department stores turnover got walloped again, with sales down -2.2 per cent for the month, and shrinking over the quarter. 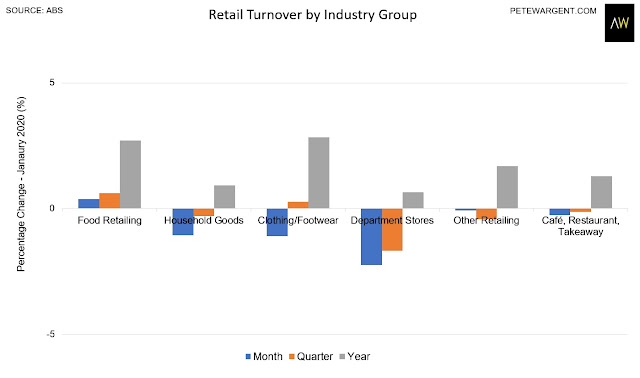 Online retail now accounts for 6.3 per cent of total retail turnover, up from just 5.6 per cent a year earlier.

Canberra retail turnover was especially hard hit due to the bushfires, smoke, and pollution, declining -2.3 per cent in January. 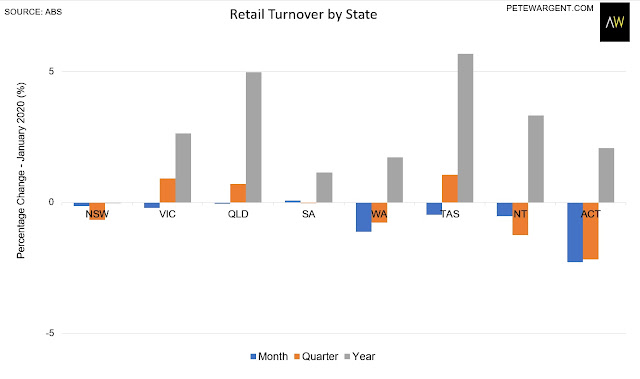 You can get the detailed analysis from data king James Foster here.

From voting to weighing machine


After a year of speculative fervour, markets are finally waking up to looking at the deleterious impact that all of this disruption is going to have on earnings.

Stock valuations had been sitting at near-record levels across several sectors, and now earnings look to be hit badly. 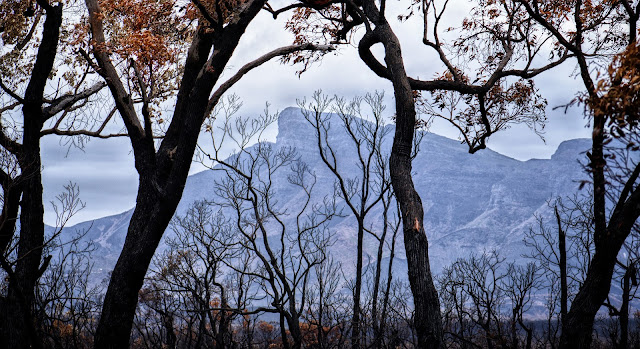