Housing finance powers on in Sydney

The number of first homebuyers hit the highest level in the decade since the tail end of the Rudd stimulus in January, as the first tranche of the FHLDS kicked in. 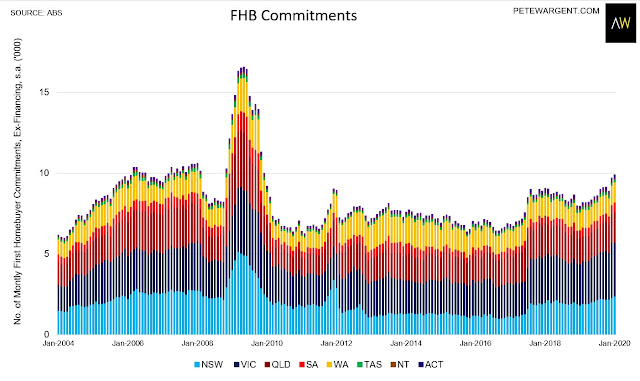 Housing finance accelerated in the month, mainly driven by homebuyers rather than investors. 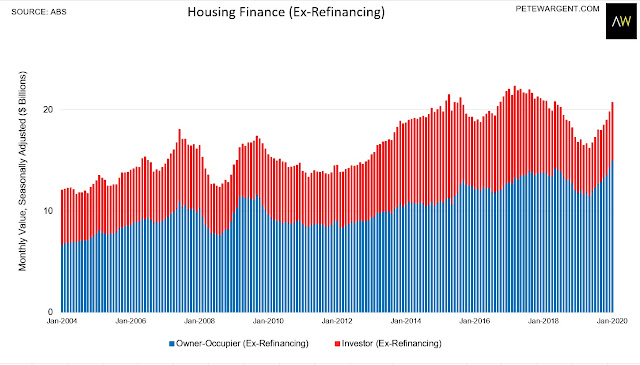 The rebound since Labor's May 2019 election loss has largely a Sydney and Melbourne story, with the value of approvals (ex-refi) in those two states up by 42 per cent and 32 per cent respectively.

In Queensland the equivalent increase has been 20 per cent, and the Brisbane market is tracking well, but the state's tourism regions are now struggling somewhat as a result of droughts, bushfires, and the coronavirus.

Note that this chart looks dramatic for New South Wales and Victoria, but there's also been a sharp pullback in investment loans over the past few years. 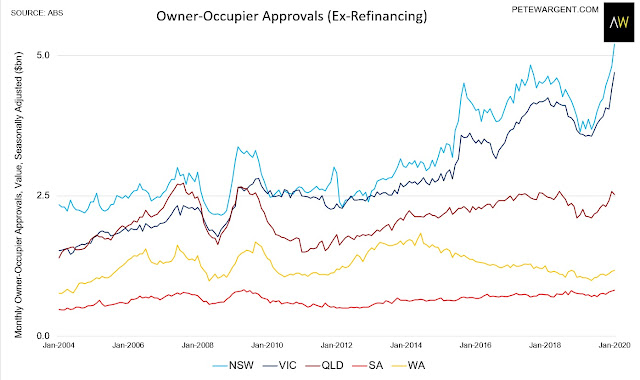 The average loan size for existing dwellings, a clunky measure, is now about $500,000, partly reflecting a skew to Sydney activity for the past seven months. 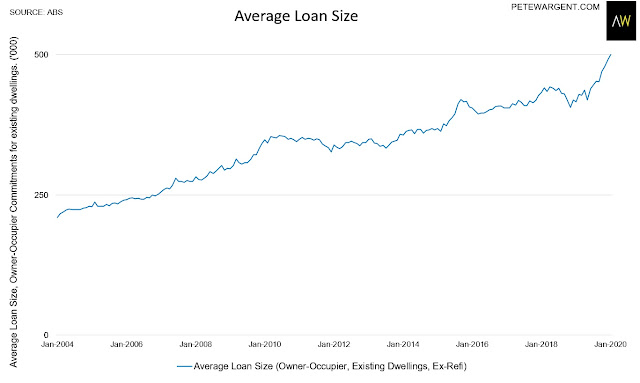 The increase has been driven by hombuyers in Sydney and Melbourne, with more moderate increases elsewhere. 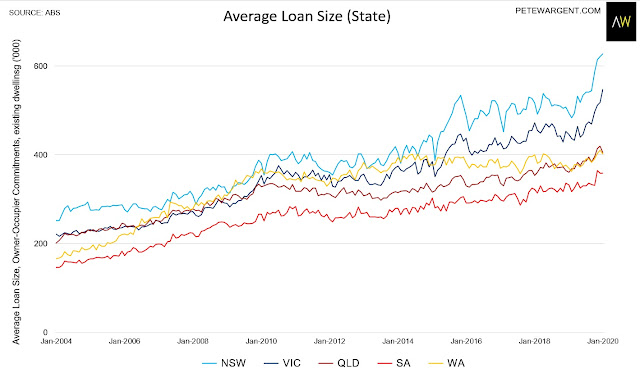 These figures won't stop another rate cut for several reasons.

Firstly, the rebound to date has been driven by homebuyers, not investors and speculators.

Thirdly, home price expectations and now easing (while unemployment expectations are surging with consumer confidence tanking to a five year low this week).

And fourthly, the number of approvals for construction remains in a significant ongoing decline.

The drop in the oil price all but guarantees that inflation will remain far below target for even longer. 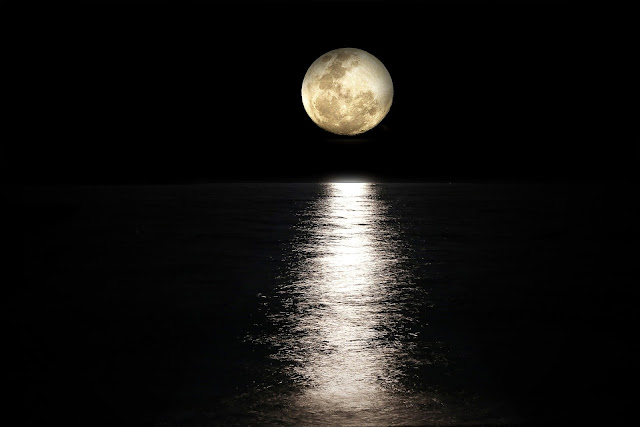