Cases of the coronarvirus continue to multiply in Australia, with 281 new cases today taking total Aussie cases up to 1,354.

Total cases in Australia are still roughly on track to double every 3 days, with still little sign of the general public taking the issue seriously enough.

This leaves the government little choice but to step up the shutdown measures incrementally.

To date there are still only 7 deaths, but obviously these figures lag, and even measures taken today will take time to show up the trajectory of cases. 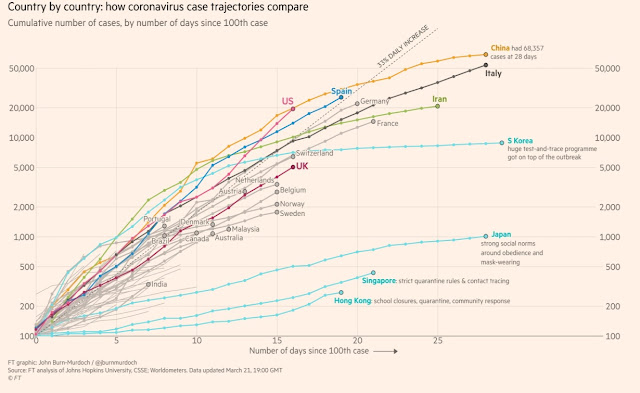 Source: FT (but credit to Grattan Institute for the chart concept)


Globally the total number of known cases continues to rise inexorably, up to 308,615, with the log scale suggesting that it won't be too long before that figures spreads to 1 million. 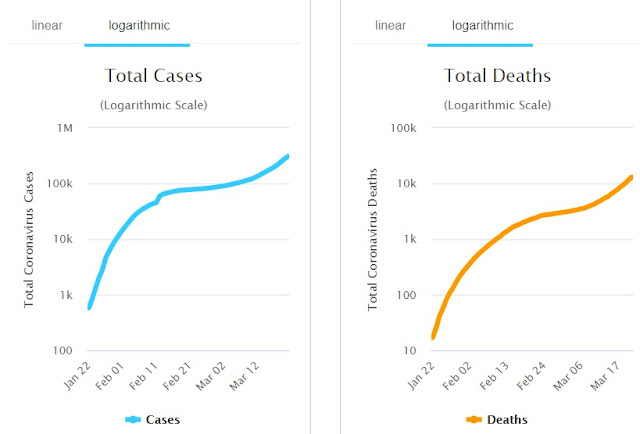 The success of Japan (and Hong Kong) in flattening the curve, where there is a strong social norm towards obedience and mask wearing, is striking, with vital lessons in acting decisively being learned from the SARS episode.

As expected New South Wales and Victoria are now shutting down schools and non-essential services, and the Australian Capital Territory has immediately followed suit.

It's not yet a lockdown at this stage, but large public gatherings will be dispersed, and official advice has been given to avoid non-essential travel.

Of the 8 states and territories, a majority has now closed their borders.

Queenslanders on the whole don't seem remotely bothered by the issue, with the Gold Coast beaches remained packed out across a long weekend of sun.

Perhaps the hotter climate up here will prove to be a saving grace for the state in fighting the spread of the virus, but I wouldn't bank on it.

Another $66 billion stimulus package was rolled out by Treasury today to help workers and businesses.

The total of all stimulus is now said to be worth $189 billion or nearly 10 per cent of GDP.

However, much of that figure takes the form of funding facilities rather than actual cash payments.

More will be needed in due course as the shutdowns persist, and a third bailout package is doubtless in the post.

What will ultimately be needed through 2020 is a 'fiscal bomb' in the words of Macquarie's Justin Fabo.

For now stock markets can and will remain open, but even the rumour mill chatter about a possible market closure and the potential for stood down workers to access $20,000 of their super will trigger further rapid-fire rounds of selling this week.

Stock futures are pointing plenty lower in the US and in Australia.

It's a very good time to be in cash. 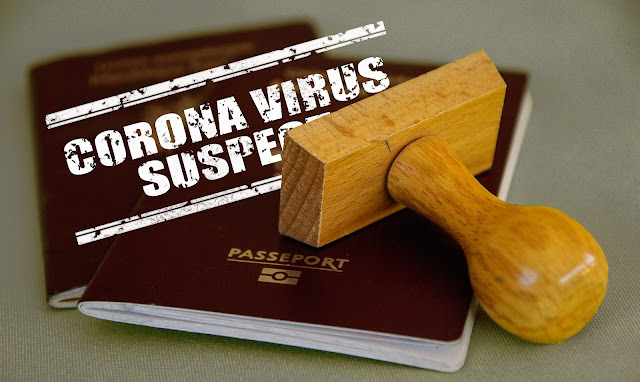