Job ads were already down -9 per cent over the year to February 2020, representing a decrease of -16,100 vacant positions, according to the Department of Employment's latest figures. 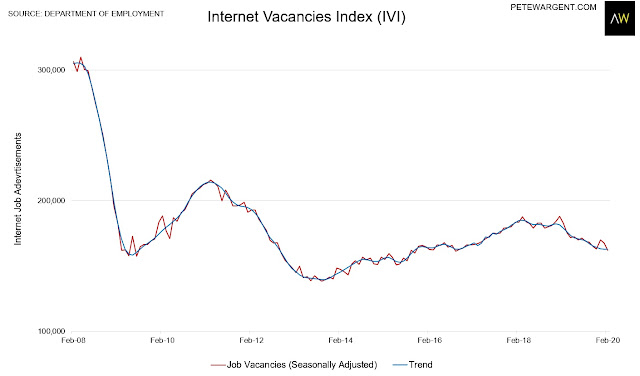 New South Wales advertisements had already declined to the lowest level since 2014. 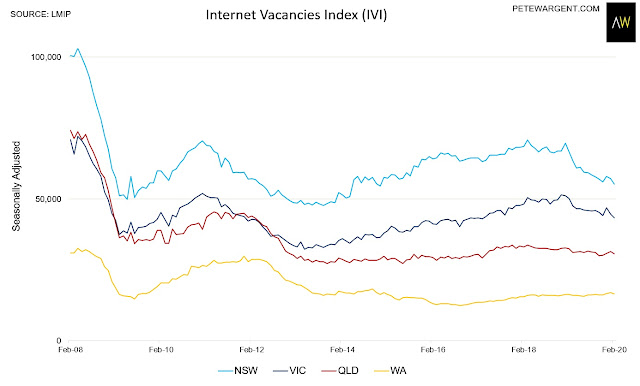 In a separate release from the ABS, engineering construction was also down -8 per cent over calendar year 2019. 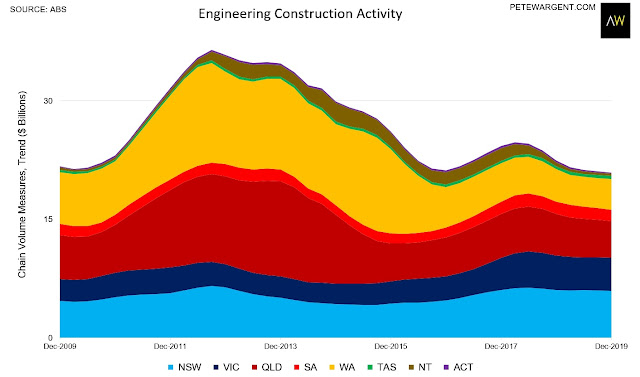 These are old figures, sure...but they aren't irrelevant.

They show that the economy was already losing momentum well before the COVID-19 pandemic, suggesting that even a 'return to normal scenario' isn't going to be that great.

The economy was already stalling and needs much more stimulus to start bringing the forthcoming massive unemployment spike back down.

The LMIP noted that the COVID-19 impacts weren't yet in evidence in the job advertisements figures by the end of February, so the March and April figures will likely be brutal.