It feels kind of weird looking at historical population data knowing that immigration will effectively be subsequently halted in H1 2020.

But I guess it's partly relevant to the extent that it shows how interconnected we all are these days, and why an Aussie shutdown will eventually become essential.

Net overseas migration of +232,000 over the year to September 2019 resulted in total population growth of around +371,000 to 25.34 million, with the remainder accounted for by natural population increase. 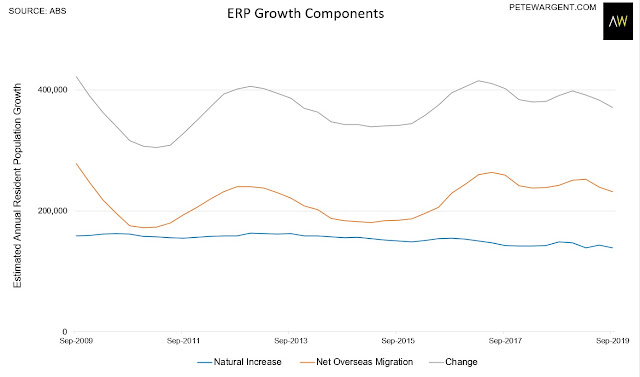 Immigration into Sydney and Melbourne had already slowed from record highs last year. 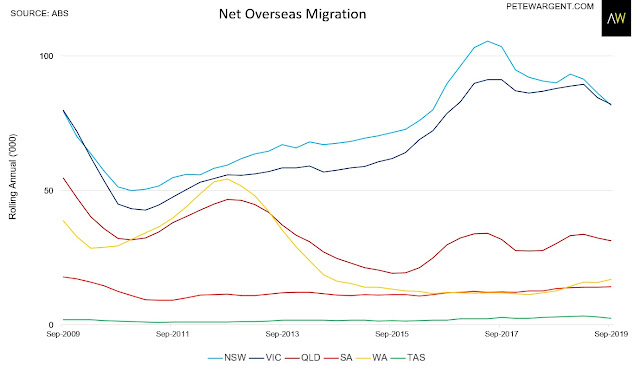 South-east Queensland continued to dominate interstate migration, as it has in recent years. 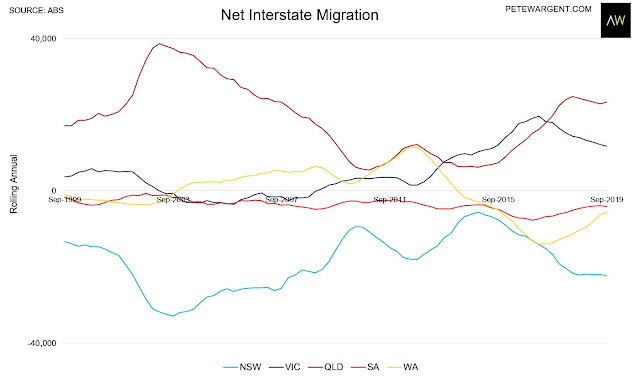 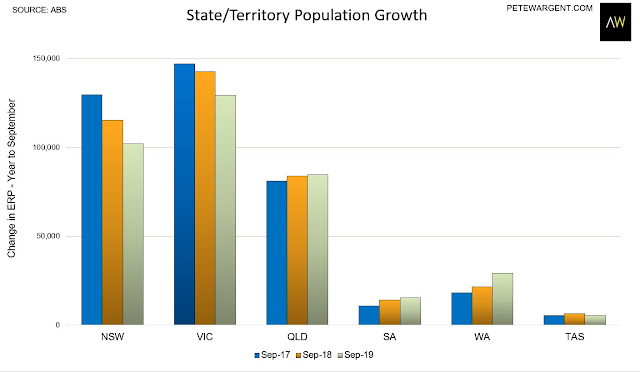 The Northern Territory's population is plunging as laid-off workers return home interstate, so the NT has been omitted from the above chart as it would be right off the bottom of the scale.

The total estimated resident population was 25.34 million as at September 2019. 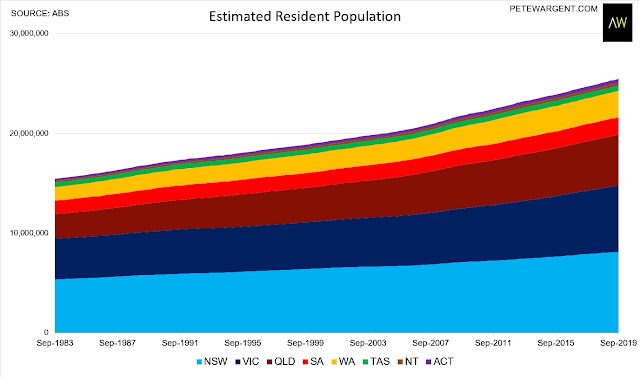 As at today the population clock stands at 25.63 million, but given that immigration will effectively be stopped in its tracks forthwith it'll be interested to see how the labour force and national accounts figures cope with the adjustment.

Total known coronavirus cases are now tracking at 275,864 globally, with each day bringing fresh series highs in the number of new cases. 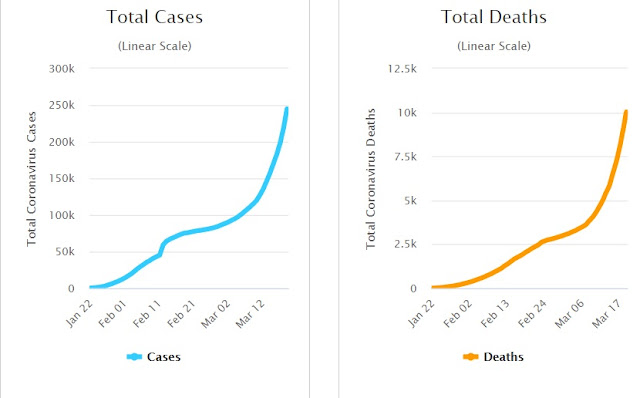 For now, this still remains a notch below the equivalent trajectory seen in the most catastrophically impacted countries, though if anecdotes are to be believed Australia has so far done nowhere near enough yet to shut down social distancing and public gatherings. 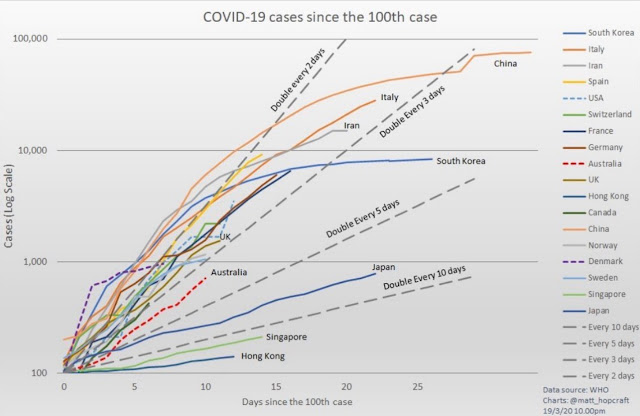 After all, known cases are clearly never going to be the same as actual cases.

I note that Bondi Beach was finally closed today after yesterday's mayhem.

There aren't many positive aspects to all this, except perhaps that with 'only' seven deaths to date, this may indicate that for whatever reason Australia is tracking better than many other countries, despite our to date unbelievably lax approach to cruise ship entries and other public gatherings.

Australia also has amongst the highest rate of per capita testing, behind Singapore and Korea (countries in Asia such as Japan learned a valuable lesson from SARS and acted much more swiftly and effectively).


French doctors have reported some success with anti-malaria drugs, while others have reportedly found HIV drugs to be apparently useful in treatment...here's hoping!

If Australia can get coronavirus cases under control then it will be better placed than most on the rebound, given the lower Aussie dollar and the likely unleashing of trillions in Chinese stimulus which will in turn need to be fuelled our commodities exports.

In the future this pandemic could be seen as a tipping point from which China ascended to become the world's greatest economic powerhouse, while the US flounders under its decades of debt and deficits (a touch ironically, perhaps, since the virus began in China).

But any such recovery could all be a long way off, and in the meantime the economy needs to be put on life support to minimise the inevitable spike in unemployment. 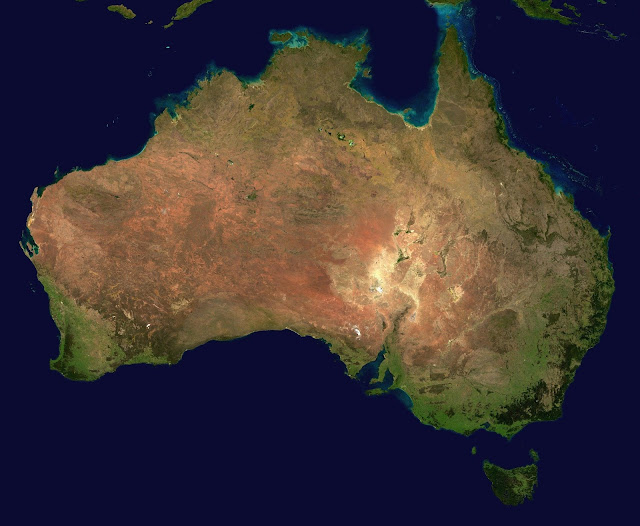