The coronavirus was confirmed as a global pandemic by the World Health Organisation (WHO).

The WHO noted that known cases have increased 13-fold in the past two weeks.

All shops in Italy except for foodstores and pharmacies have been shuttered, as the mortality rate in the country has soared to an alarmingly high level.

My Italian holiday is looking less likely by the week, which is annoying as I've been learning the language this year (what's the Italian for 'FFS' again?).

Angela Merkel announced that up to 58 million Germans, or 70 per cent on the population, could contract the illness.

These are serious people and serious organisations, not renowned for making wild statements, so it seems inevitable that containment measures will be taken around the world, leading to a slowdown in global growth and earnings for at least the next 3-6 months.

The Australian government has announced a stimulus package worth A$17 billion, which is at least a start, albeit it still doesn't sound like nearly enough.

Why politicians are still making comments about a 'measured Budget response' I'll never know (actually I do know, and it's dumb).

It wouldn't be at all surprising if we see a second round of stimulus ahead in the coming months, on top of a finally interest rate cut, and then potentially QE in the form of yield curve control.

There's little point in going over old ground, but even at this stage the Reserve Bank sounds very reluctant to take action, at a time when the feeling around the financial markets traps is that what's really needed is a 'whatever it takes' mentality and message.

Mind you, we haven't had that for the past few years, so it's unlikely to start now.

I'm not normally in the business of writing daily markets commentary.

It's largely a fool's errand, arguably not all that useful, and potentially quite annoying.

But since everyone else is doing it....US stocks whipsawed again and dropped 5 per cent last night to enter a bear market.

It's been the fastest bear market of all time, with the 20 per cent drop taking just 19 days from the peak.

Even after a 20 per cent correction, stocks are priced at remarkably expensive levels given that the US economy is teetering on a bust, with so many debt bombs lurking quietly beneath. 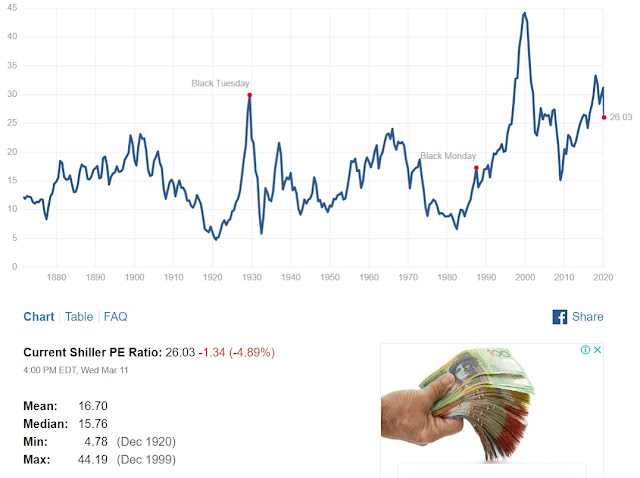 No doubt investors have become accustomed to the Fed riding to the rescue, but that may not be such a wise ideas this time.

Apart from picking up a few holdings in the UK oil supermajors, I'm mostly remaining in cash.

Stock prices for BP on the FTSE are back at 1996 levels, even as the Bank of England delivered an emergency 50 basis points rate cut and a raft of stimulus measures to support business and markets (RBA take note), and as the value of its overseas earnings look set to increase.

But generally speaking, I'm happy to sit on the sidelines through this tumultuous period, especially given that the market could halve again, even from this point.

Aussies futures are pointing to another plunge at the open, and even since February 20 the moves are beginning to damage retirement accounts materially.

But again, even the likely 25 per cent drop we'll see during today's trade only takes the market back to where it was in mid-2015.

By no stretch of the imagination is the market 'cheap', especially given the dire outlook for earnings.

The counterpoint is that at some point the coronavirus will likely pass, and given the massive global policy easing markets could eventually snap back (which is why a sensible asset allocation policy and written investment plan is so important). 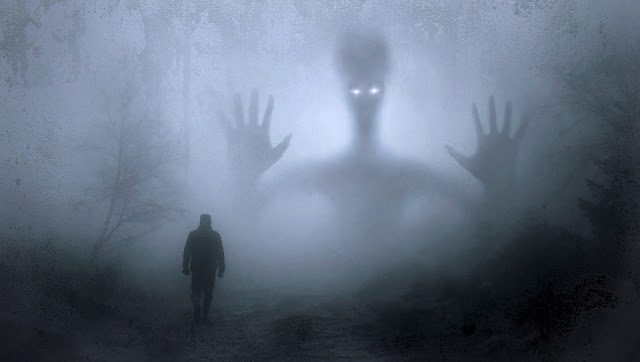