Stocks collapse (cash has its day)

Here we go again, with US stocks immediately busting through the circuit breakers in early trade, and the S&P 500 down another -10 per cent heading into the close.

The Dow Jones is also down another -10 per cent, and the US is on track for its worst trading day (again) since 1987.

The Federal Reserve staged another dramatic intervention (surprise!), pledging to inject another $500 billion into short-term bank funding to add liquidity, though it seemingly did little to stop the bleeding.

With market falls approaching -35 per cent margin loans and algorithms tend to be triggered, while leveraged positions and funds also tend to start blowing up.

The cash rate is heading as close to zero as it will go next month in Australia, and the government has promised a stimulus package of about $18 billion in order to stave off recession, though much more might yet be needed.

Looking on the bright side, record low interest rates and the much lower Aussie dollar will help with the rebound, whenever that time comes.

It's somewhat mind-blowing to me that my feed is already full of people discussing buying opportunities, which sounds more like a triumph of hope over expectation.

The Aussie banks are being crucified today, with Westpac back at 2003 prices and yields moving into double digit territory, so presumably they will have to catch a bid at some point.

With sporting, business, and political events being cancelled all over the globe, and more and more schools, shops, and businesses being shut down, the cumulative hits to earnings can surely only be just beginning.

No doubt the Fed will try every trick in the book to pump up the markets, but why anyone would want to jump in front of this juggernaut right now I have no idea.

Since this chart was drawn up the S&P 500 has plunged to well below 2,500, which is an indication of just how fast things are moving. 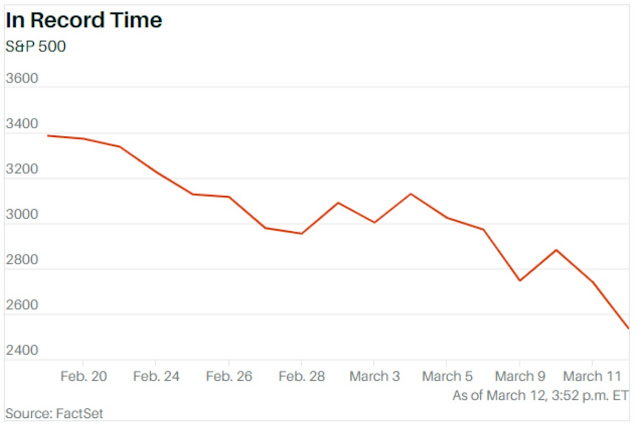 In fact, the past three weeks have been the fastest moving bear market in history.

Valuations in the US have come down a bit, but still remain far too high for comfort when you consider cyclically adjusted earning.

It may make sense to factor in lower interest rates at some point, but only once the carnage has dissipated.

Moreover, markets aren't going to settle down until there's an indication that the coronavirus and the related economic impacts are getting under control, which could be weeks or months away (or even up to a year away, who knows?).

Now, the important stuff, which you already know but always bears repeating.

In times of market turmoil it always pays to have developed your own personal written plan, which you then must adhere to, rather than making emotional or knee-jerk responses.

Although dabbling in some (now remarkably cheap) oil positions, I'm happy to stay 80 per cent in cash for as long as it takes for the dust to settle.

Of course, I'll never pick 'the bottom', but I don't really need to, somewhere within a few months of the point of maximum despondency usually does just fine.

But it seems to me that the fallout has only just begun at this stage.

One of the 'challenges' when markets all around the world 'correlate to one' - when a synchronised stock crash is on - is actually knowing what the heck to buy, because seemingly almost everything goes on sale.

Being British-Australian, and partly as a function of having liquid funds in Britain, the FTSE looks to be a very likely candidate for me (possibly in my case using some leverage to go in hard at the lowest point of despair).

The FTSE has already been crushed down fairly close towards its 2009 lows following on from the Brexit debacle, and with a CAPE ratio already dropping fast towards 10 the expected returns over the coming decade(s) could be huge.

But that's my approach, and obviously, it's not advice.

Stay safe out there today, it's going to be another day of carnage for Australian stocks, since I expect fewer investors will be keen to be holding into the weekend. 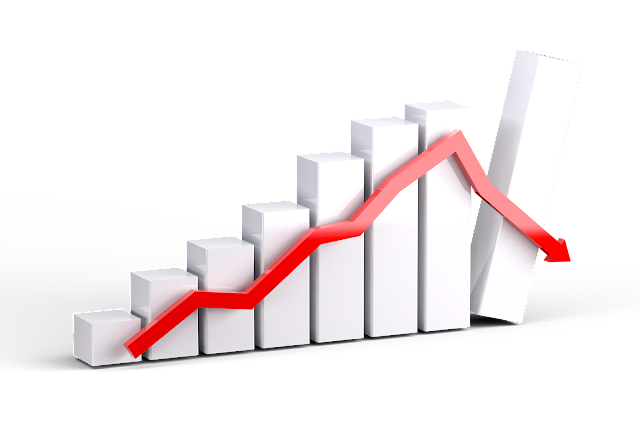