The Reserve Bank has this afternoon cut the cash rate to 0.25 per cent and launched a range of other unconventional measures to push down bond yields, and to allow banks to lend more freely (especially to small businesses, but also to households).

This includes an unprecedented $90 billion term funding facility to allow lending to flow.

From the Reserve Bank's release, the following measures will be taken: 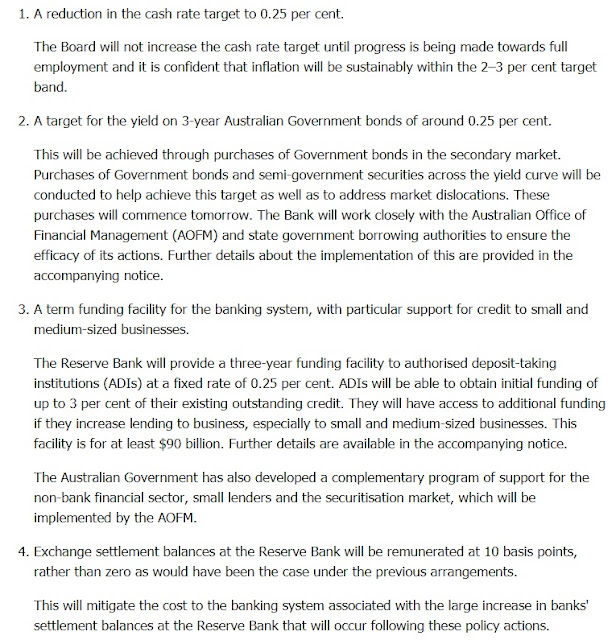 There are some huge cuts in fixed rate mortgages are coming down the pipe now, with fixed mortgage rates dropping to record lows.

We’ll have to await further details but it seems likely that banks will extend payment holidays and fee waivers for struggling customers.

Meanwhile, CBA's small business loans have also been cut by 100 basis points, but it seems that variable rate mortgages may not see today's cut passed on. 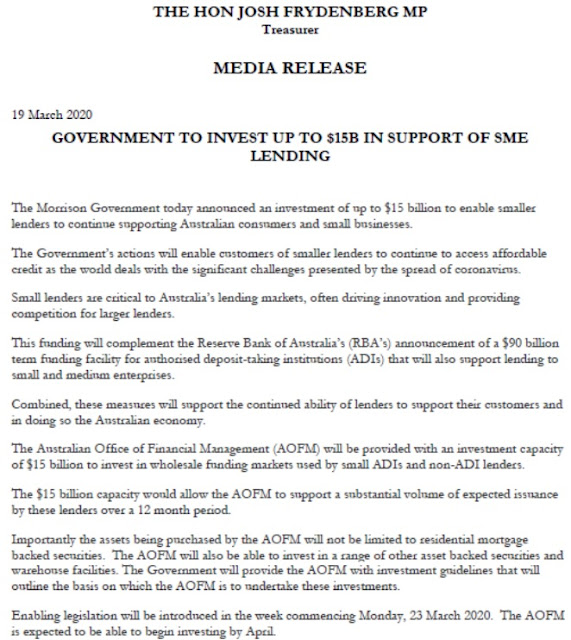 This comes on top of the government’s previously announced $17.6 stimulus package.

APRA also announced today that it would loosen bank capital ratios to keep credit flowing into the economy.

These measures are the beginning, but there may yet be more to come.

For example, the RBA's policy appears set to target 3-year yields, but looking at the 10-year they should have targeted massive outright purchases right across the curve!

This glitch may need to be addressed in due course, and markets still don't seem totally convinced that there's a total commitment to getting the Aussie economy through to what Lowe termed 'the other side'.

Implications: the other side

The government has banned non-residents from travelling to Australia, and warned that the coronavirus could potentially be with us for six months.

In the short term this will decimate the tourism industry.

Lowe stressed on numerous occasions that Australia will eventually come out the other side of this, and that the cash rate will likely be held at close to zero for the next three years at least, and until such time progress is being made towards full employment again...however long that may take.

Historically Australia has been fortunate in that its floating currency has acted as a tremendous shock absorber.

This may prove to be the case again, with the A$ dropping as low as 55.3 US cents at one stage today (before later bouncing), which was the lowest level in about two decades.

This may eventually light a rocket under the dollar value of Aussie exports, as and when things get moving again.

Lowe noted that he expected few property transactions would take place over the coming months until that there are signs that the storm is clearing.

One has to fear the worst for investors that went all in on more liquid Aussie stocks, with the market getting annihilated further by the day.

The Aussie ASX has yet again been absolutely shattered during today's trade, with the stock index trading back below October 2009 levels at 4,768 at the timing of writing.

The ASX 200 is down -34 per cent in a month so far, with the ASX financials index down -40 per cent, and the Aussie banks index crashing another -7.1 per cent plus today to the lowest level since the global financial crisis.

With potentially six months more of this panic selling to go, there's a possible Great Depression stock crash scenario unfolding unless there's some form of direct intervention to stop the bleeding.

US futures are presently inching towards yet another limit down scenario tonight. 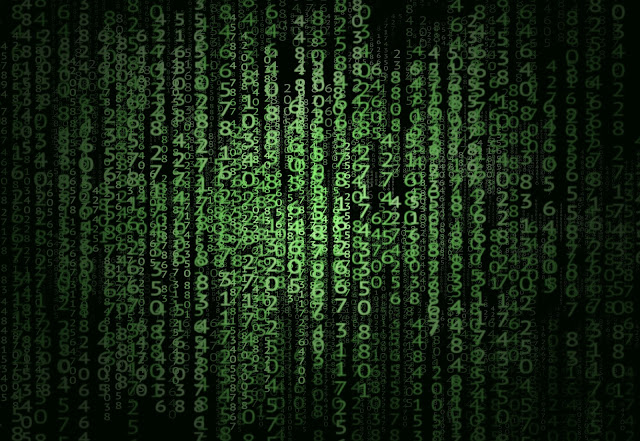