Was that the bottom for stocks?

Perhaps not surprisingly it was another wild night on Wall St. with stocks closing up about 5 per cent.

As noted yesterday, such volatility and rallies are common during bear markets: 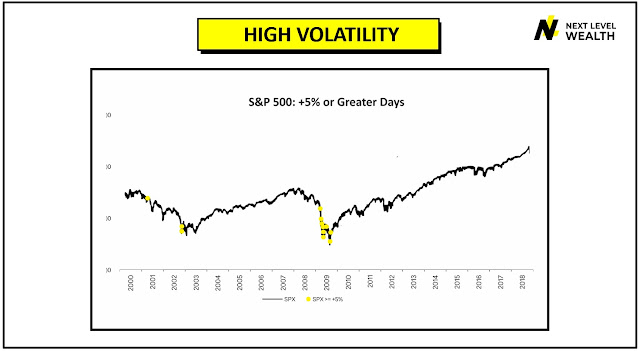 There was the usual spate of articles about this being one of the best days of trading since 'X' (though stocks will most likely fall again in Australia today, and in the US tomorrow).

Fair enough, and of course nobody can predict the short-term mania of markets.

A couple of things worthy of note.

Firstly, valuations are still very high, which skews the balance of risks to the downside.

At 27.4 CAPE ratio is about 65 per cent above its long-run mean, which, even accounting for the lack of attractive returns from fixed interest, could prove to be too high for comfort.


Secondly, the inevitable hit to earnings has barely even begun yet.

Back home in Australia, near-record valuations across several sectors with declining earnings may prove to be a messy combination.

As the Reserve Bank's Debelle pointed out this morning, stocks haven't even retraced to 2016 levels yet.

And it's not as if there's been much in the way of earnings growth to justify any of the run-up in prices since then. 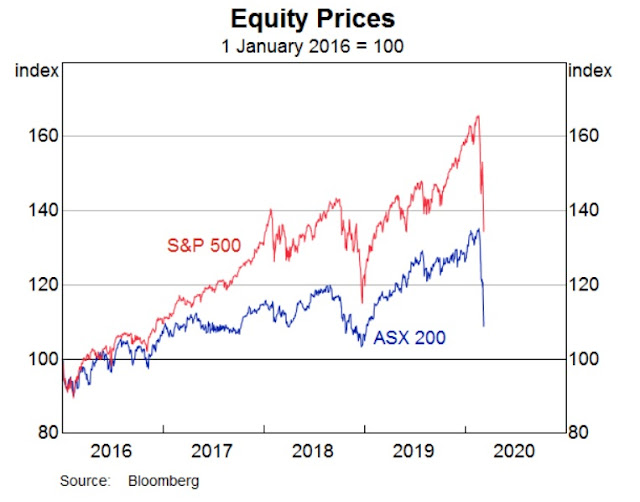 (Note: Refer back to our posts on expected returns, long term dependence and the Hurst exponent).

Travel companies, airlines, and many others across various sectors are in the process of suspending earnings guidance, which can only mean one thing in the present environment.

This morning Sydney Airport (ASX: SYD) released its latest year-to-date passenger numbers which gives you some idea of the crunch in traffic.


The Reserve Bank's Debelle spoke today on the impact of the virus on Australia's economy, as consumer confidence plunged to a five year low.

The hits to international student education and tourism have been dramatic, with inbound airline capacity from China arrivals down by about 90 per cent.

Call it a 10 per negative shock to services exports in Q1, with at least 0.5 per cent lopped off GDP just from these two sectors alone.

Growth will therefore be negative in the first quarter, and possible very negative.

It's too early to say what will happen in the June quarter, although the early indicators are not good and the travel ban has this morning been extended to Italy, which won't help much (including for my planned August holiday!).

It's possible that if imports collapse and mining exports hold up then we could dodge a technical recession, especially if the government finds a way to put cash in the pockets of consumers quickly.

Edit: right on cue, half of this package is due to be spent between now and 30 June:

In other words, exports of iron ore and coal could mean that, technically speaking, there's no recession, even though it may feel like one.

There will be a 25 basis points interest rate cut to follow in Australia, together with much bigger interest rate cuts in America and elsewhere around the word, as well as other stimulus packages from Ireland to Australia to Hong Kong. 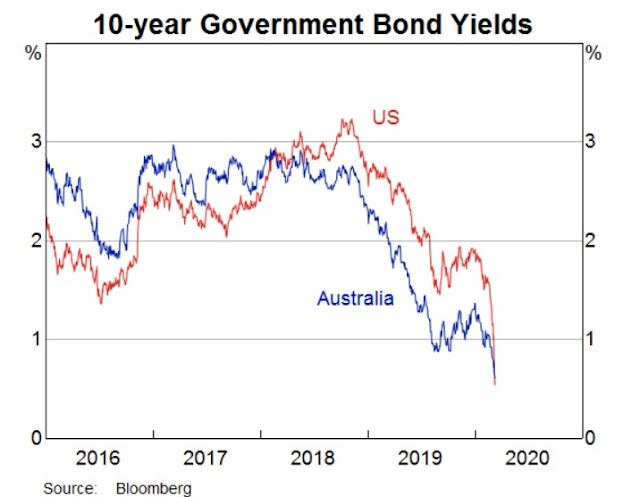 Good luck trying to forecast your way through that lot!

From a stock market perspective it usually pays to follow statistics over stories, and stick to your plan.

For me, that means controlling exposure rather than making predictions, and remaining weighted mostly to cash at the moment due to the market overvaluation.

Finally - and to finish on an overdue more positive note! - Debelle pointed out that at some point the virus will pass, and Australia will then be well positioned to recover with the lower Aussie dollar and lower interest rates supporting activity. 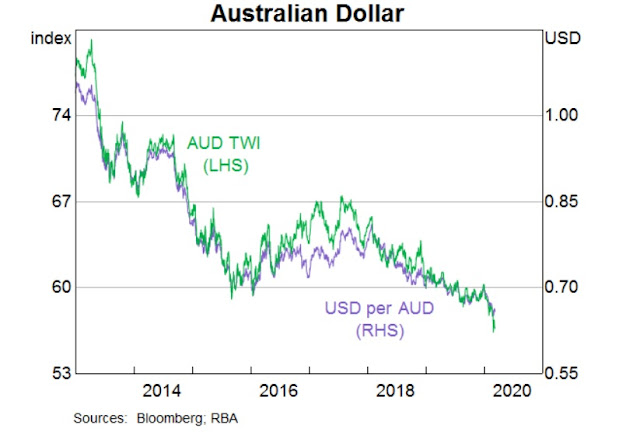 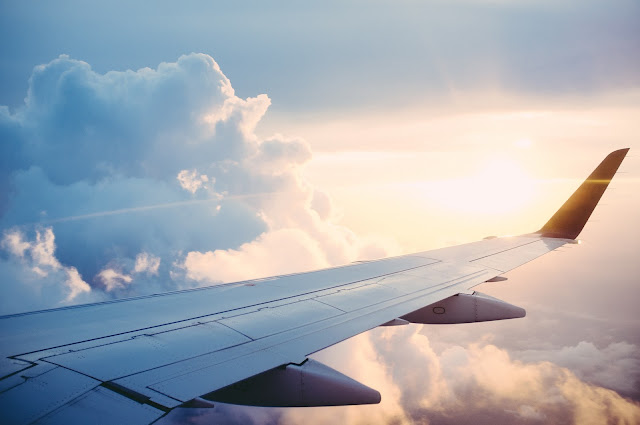