Australia's 'whatever it takes' moment

More carnage overnight with US stocks down another -10 per cent again in early trade to smash into the circuit breakers, with the Dow Jones shedding -36 per cent in less than a month, before a late rally.

The oil price (WTI) was down at nearly $20 at one stage, before a bouncing to $22, nestling in at the lowest level since the early 2000s...so there are some value plays emerging there.

But overall, cash is king at the moment while stock market valuations continue to mean revert.

This risks sounding like a broken record, but it bears repeating that overall US stocks are still far too expensive given the outlook, and could yet fall another -30 per cent even from here (if things got really bad they could go much lower).

Don't forget that previously healthy earnings are about to be decimated, with JPM forecasting US GDP to shrink by 4 per cent in Q1 and 14 per cent in Q2.

I can't watch another fund manager video demanding that you stay fully invested with them.

It's time to step away from the noise and remember the 8 timeless principles!

The Kelly criterion demands that you keep cash aside and live to fight another day - especially when markets are as overvalued as they have been - as better opportunities will always come around in the future.

The Aussie market stock index may catch a bid this morning after a European stimulus announcement this morning.

This is Lagarde's own 'whatever it takes' moment, with the ECB promising no limits to its commitment to the Euro, and another massive asset purchase programme.

Still on the balance of probabilities the Aussie index increasingly looks likely to hit October 2009 levels during today's trade.

This is a swift and brutal lesson in the importance of asset allocation and rebalancing and keeping cash aside for future opportunities arising, with more than a decade of price gains erased in about 20 trades.

Buy and hold at all times has been mistaken at times as a panacea or even a religion, but it's not; you need and do whatever it takes to keep yourself around to capitalise on the opportunities.

'Whatever it takes' moment

A historic An historic A momentous day ahead for Australian financial markets.

The Reserve Bank is set to make a landmark announcement at 2.30pm Sydney time, with Governor Lowe lined up to speak thereafter at 4pm.

Lowe will likely discuss an emergency cut in the official cash rate to 0.25 per cent, central bank purchases of government bonds, the ongoing conducting of repo operations, and other measures to ensure that credit continues to flow to households and businesses.

Global cases of the coronavirus continue to increase at this stage, suggesting that a serious disruption to the global economy lies squarely ahead, although known cases in Australia remain relatively low at this stage. 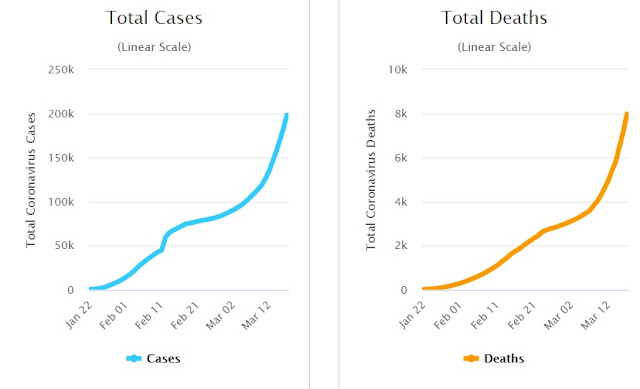 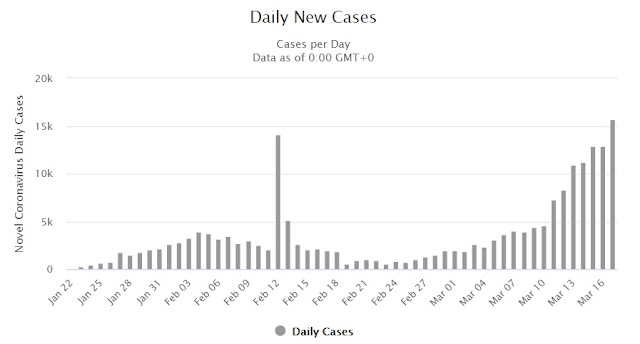 The biggest surge in cases lately has been in Italy, with 35,713 cases and 2,978 deaths recorded to date.

Major bank economists see the Aussie unemployment rate rising to 7 to 8 per cent (not that you can really forecast in the present environment), while the government's initial stimulus package probably isn't enough to save the economy from printing negative growth for both the first and the second quarter of the year.

This would lock in Australia's first recession in three decades.

Recent years have been characterised by the Reserve Bank 'leaning against' asset prices and continually undershooting the inflation target, with persistently slow growth in wages and living standards.

Nobody could've predicted the fearful trifecta of drought, bushfires, and a global pandemic, of course, but the economy was already running well below potential before these shocks.

At this stage all we have is mostly anecdotes about the likely state of the economy, but so many of them reflect sharp drops in revenue, income, commissions, and profits, that this is no time for half measures.

Markets will be looking for a 'whatever it takes' pledge and from Lowe, and the use of unlimited monetary ammunition until things stabilise.

Anything less than that will be brushed aside in these savage market conditions.

From the government's perspective promises of national building or infrastructure programs and tax cuts simply aren't going to cut it.

What's needed is putting cash into the hands of households and small businesses immediately...today...to prevent the R from becoming a D.

Australia is in the fortunate position of having a relatively low level of government debt, while borrowing costs have been running at around the lowest level on record.

Ergo, the government needs to promise households that the cash will keep flowing, and that it too will do whatever it takes, for as long as it takes, to get the economy through to the other side.

They'll write books about all this; it's been a momentous month! 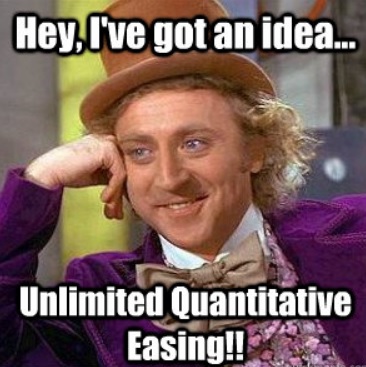