A 30-second snapshot of February's labour force figures from around the traps.

There was more solid evidence that the labour force data were already deteriorating in Sydney and Melbourne before the Coronavirus kicked into gear. 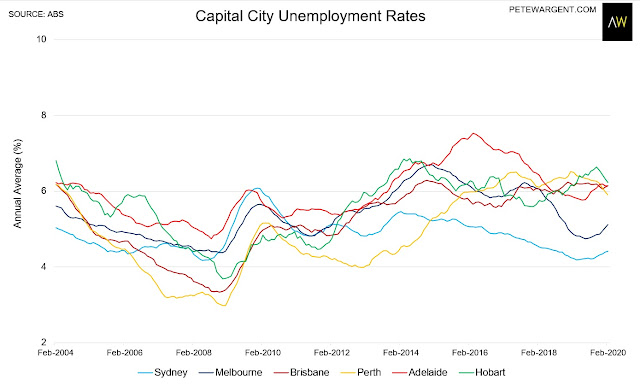 For context, here's what happened to the unemployment rate in Sydney between 2007 and 2009. 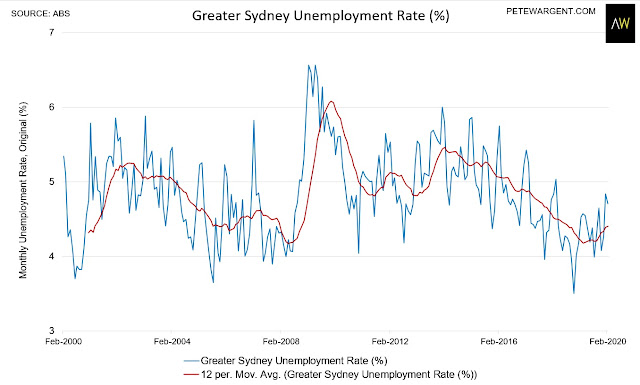 Unfortunately we're coming into this recession with far more unemployed persons than we needed to, due to both monetary and fiscal policy settings. 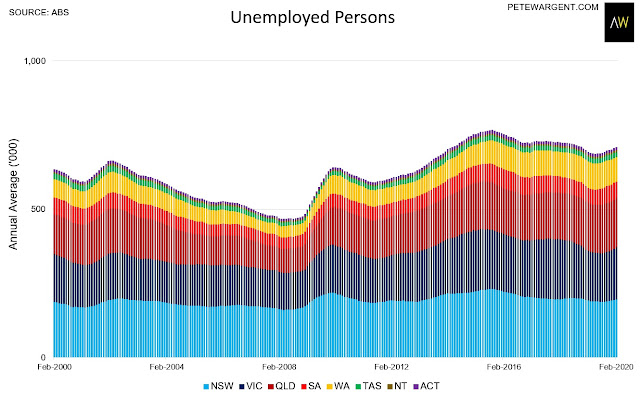 Finally, the duration of job search was just starting to show the first signs of deterioration in February. 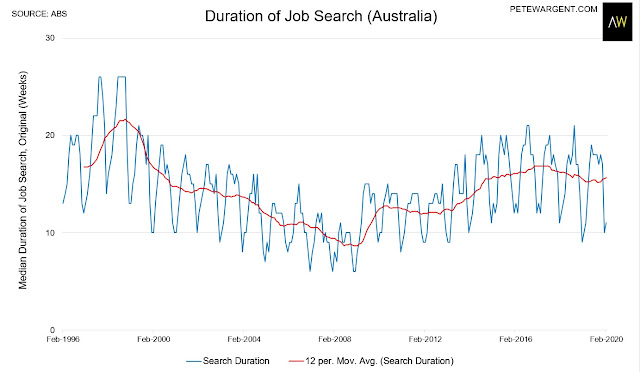 These data will become much more meaningful from next month.

Stay safe and socially distanced everyone, and have a great weekend. 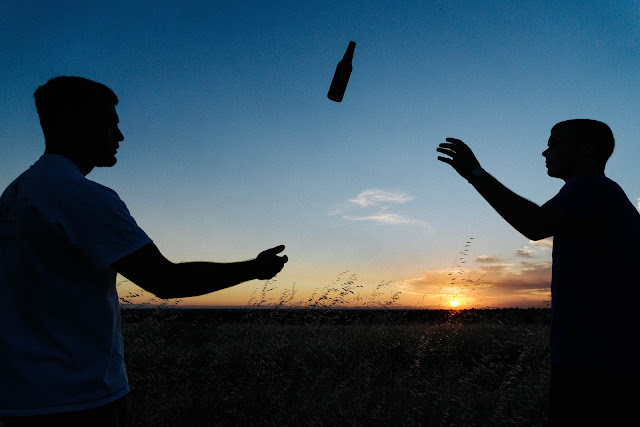