The US initial jobless claims this week will confirm that a very nasty recession is in the post for a country with an economy built upon so much casual labour.

For context, forecasts are for 2.5 million, which is triple anything previously reported.

In Canada, some 500,000 jobless claims were filed, which is unprecedented, and indicative of a recession that's going to be global.

The last recession was financial in nature, and in the end, could be fixed with financial policies.

Being a public health issue, the coronavirus can only be solved by health measures such as social distancing, lockdowns, quarantining, and immediate research into effective vaccines.

On to overnight markets.

Oil fell sharply, to again be back under $20.

Before yesterday, this was already the fastest bear market on record for the US. 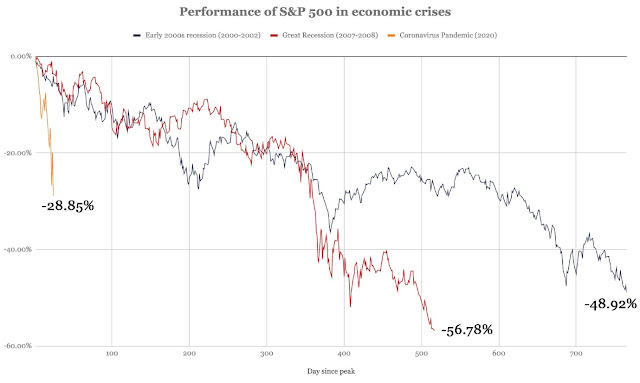 Since Trump's inauguration in January 2017 the Dow Jones had gained 50 per cent, but now that figure has all been reversed and then some.

Given that macro valuations were coming from such an insanely high level, the decline in itself is not surprising.

But the speed of the decline over just one month is brutal, and it's worth remembering that bear markets can run for years (and full recoveries can take decades). 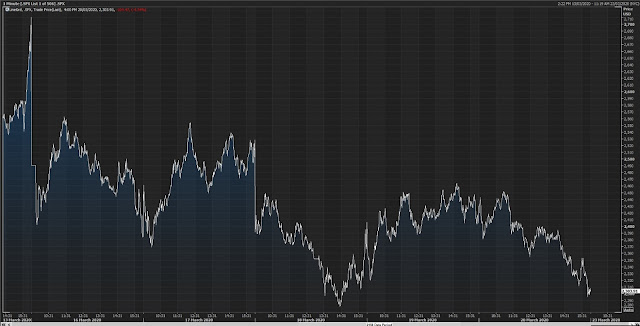 Still this also only takes the S&P index back to where it was in early 2017, and on the balance of probabilities there's likely to be much more to come.

The CAPE ratio is still levitating at about 22, which is far too high for certain recession scenario, especially given that earnings will be crushed.

The CAPE ratio has its critics, granted, but most macro indicators should have led you to a similar conclusion. 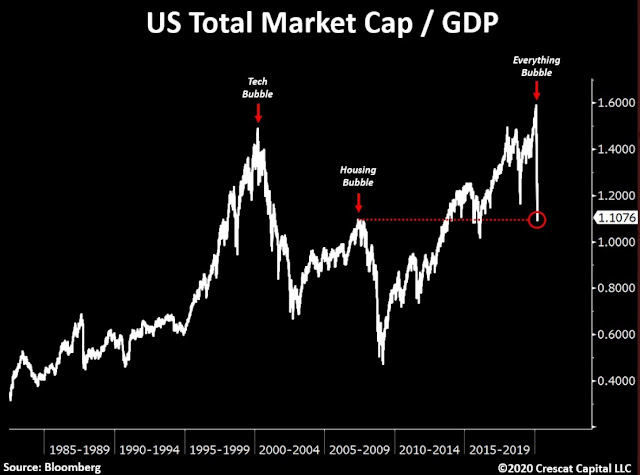 Many companies have been inflating their stock prices with buybacks, and will now suffer accordingly.

One famous American company didn't engage much in all that, though.

Warren Buffett and Berkshire Hathaway are patiently sitting on US$128 billion of cash and will have all the opportunities in the world at their feet lying ahead. 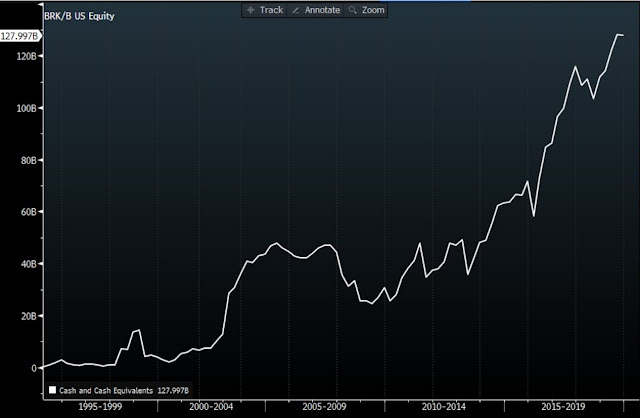 Maybe those old guys know a thing or two after all.

The United Kingdom went into effective shutdown yesterday, with all pubs, clubs, restaurants, bars, and gyms ordered to close indefinitely.

The UK government will take the unprecedented step of paying 80 per cent of worker wages for those at risk of being laid off.

A shutdown for Australia must surely now be inevitable and a matter of time, especially when looking at the overload facing healthcare centres and hospitals in northern Italy and elsewhere.

Thankfully, known cases in Australia to date are lower than in many European countries, but still the shutdown should have happened much earlier.

Alongside the US, UK, and Netherlands, Australia has been dithering and each day of delay will have a human cost.