The Federal Reserve all but targets stock markets these days, and predictably reached for the panic button by cutting interest rates by half a percentage point.

This was the first emergency rate cut since 2008, this time around due to concerns about the impacts of the coronavirus: 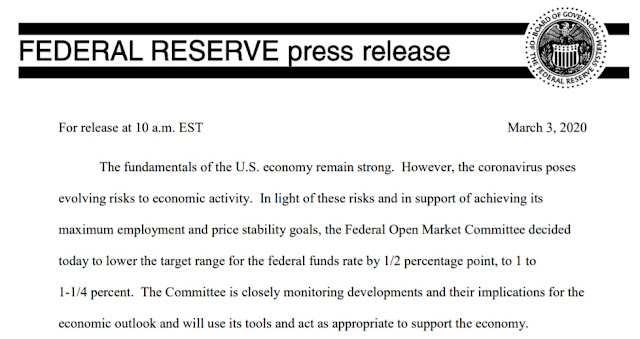 
There may well be more rate cuts to come, too, since the economic impacts of the virus appear to me to be significant all around the globe.


I went mostly out of stocks and into cash last year, for the reasons explained at (characteristically too much!) length on my Low Rates High Returns blog.

If you work your way through the posts from the beginning you'll understand my point of view.

This generated a few lively messages, but remember that's just what I'm doing - there are plenty of ways to invest and you need to do what's right for you, your circumstances, and your stage of life (averaging into the market is still a valid approach, for example...as long as you stick with it).

My belief was that valuations were extremely high, and there's a lot of available data to suggest that real expected 10-year returns when valuations are so far above their long-run average are likely to be negligible.

Back to the CAPE

It's quite remarkable to see the Fed slashing interest rates in a panic when stocks are only 10-15 per cent from their all-time highs, although markets weren't all that impressed, the S&P 500 sliding by another -3.1 per cent at the time of writing (edit: with a subsequent slight rally into the close).

This is a period of heightened uncertainty which means lots of volatility and 'whipsaw' trades.

Note that I went mostly to cash well before the coronavirus was a thing, based on valuations alone.

Now I'm concerned that the economic disruption could punch a big hole in earnings as 2020 rolls on, at a time when PE ratios had already been extremely stretched.

To help prevent kneejerk responses, the CAPE ratio uses a smoothed 10-year average for earnings per share, so it looks through short-term volatility in corporate profits.

And being a 10-year measure it tends to have an accord with the business cycle, as well a reasonably strong correlation with subsequent 10-year returns.

The US comprises about half of the global market cap, so generally speaking it's important to follow what's happening in this market.

The CAPE ratio isn't a perfect measure, but has historically had a strong predictive power over 10 years for expected returns.

There's a certain truth to the point that low interest rates push investors from fixed interest to equities.

Investing is a marathon, not a sprint, so my thinking was that I'd get better opportunities to deploy my capital with less downside risk later.

The most important thing is having a firm strategy and sticking with it. 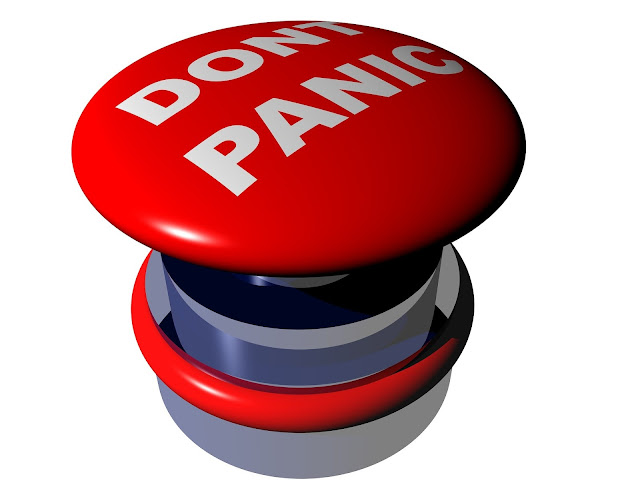