A flicker of brighter news?

Australia has been ramping up its testing for COVID-19, with 22,154 tests reported as undertaken today.

There's a still selection bias at this stage, with a focus on imported cases.

Most of us don't or won't get tested unless we've knowingly come into contact with a traveller with the Coronavirus.

Still, at a total 228,054, Australia's rate of testing per capita is amongst the highest. 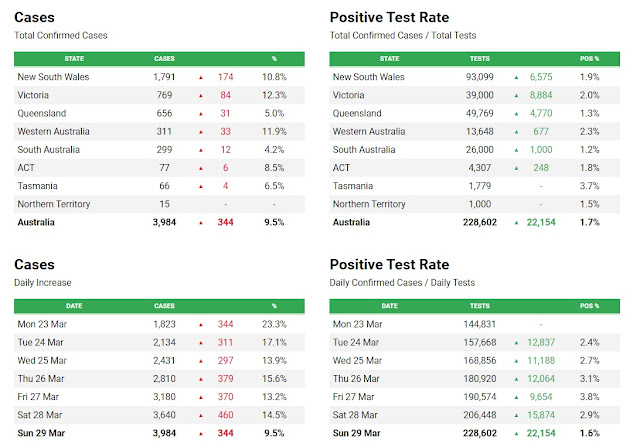 Today a further 344 cases of COVID-19 were reported by 7pm, with more than half of those being located in New South Wales as cruise ship entries continue to show up in the figures.

The equivalent figure yesterday was 460, and interestingly today's final result looks as though it could yet be about as low as we've seen for six days, which seems to be an anomalous result for a highly contagious virus (which one might generally expect to show an exponential increase in these early stages). 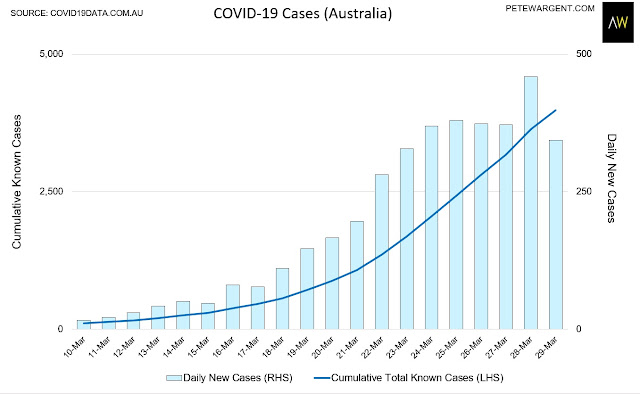 Now, before anyone pops a champagne cork (or opens a now-rationed case of premix) there are a few other problems with these figures.

Firstly, test results may take 72 hours or more to be conclusive, so what we're seeing reported here doesn't equate to real time actual cases, but rather a snapshot of known cases based on a sample of tests undertaken some time ago.

Furthermore, Australia was dismally slow to react initially, with travel from Italy only banned 18 days ago, and the controversial 'footy games' discussion taking place as late as March 13.

Given that people were still congregating en masse on Sydney's eastern beaches on March 20, and elsewhere even beyond this point, we might expect to see the ramifications of this flowing through over the next two weeks.

Still, looking forward we should now at least be seeing some benefit of the travel ban and reduced travel more broadly.

And any day with a result like today, when looked at on a log scale, buys medical centres and hospitals valuable time, and brings us one step closer to flattening the curve. 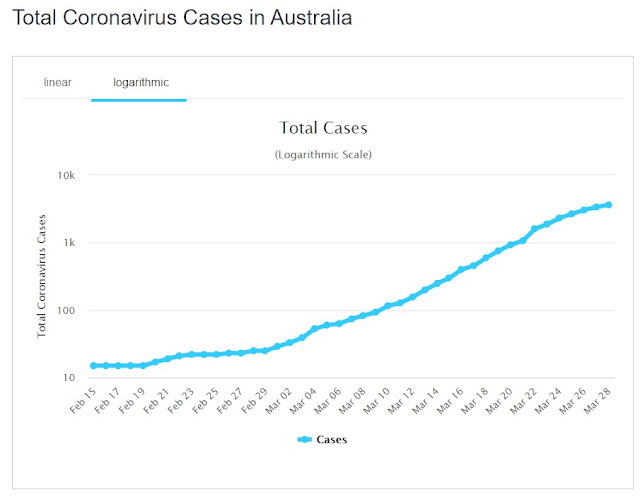 Here's hoping for some more of the same this week, as we contemplate yet more time at home! 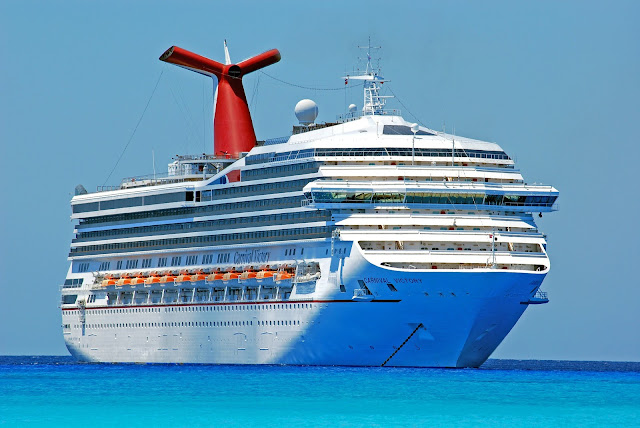