I drove through Noosa en route to the supermarket today and was taken aback to see the bars and restaurants packed to the rafters and absolutely teeming with people.

Judging from the parking mayhem Main Beach can only have been more of the same.

If anything the Noosa Springs golf course was even busier than usual today, with the local Boomers out in force for a foursomes competition.

Anyone with maths skills must surely get that Australia will go into an officially forced lockdown effective, with the government stepping in to support small businesses and effectively dropping money from helicopters to keep households afloat for the coming weeks.

Let's very quickly run through the numbers to show why.

Given that 11 per cent of the closed cases to date have resulted in death, even in the best case there will be thousands of deaths to follow.

The growth remains exponential, with the daily increase up to beyond 30,000...and still rising exponentially. 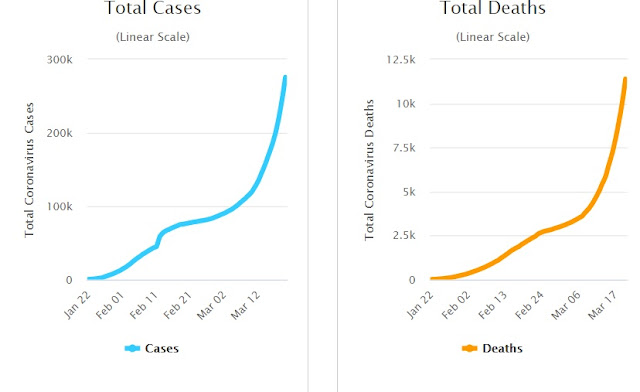 Several countries have successfully managed to stem to the tide, which is the good news.

They did so by shutting down, and through widespread testing, quarantine measures, and tracing cases rigorously.

Dithering did not feature in their plans, because they learned important lessons from previous pandemics such as SARS in 2003.

Italy now has more deaths than China, at well over 4,000, and doesn't yet have things under control with cases in Italy multiplying to beyond 47,000.

It may be that COVID-19 follows a bell curve, first spreading and then declining, such as happened in China and South Korea.

Hopefully this does prove to be the case, but Italy is not there yet. 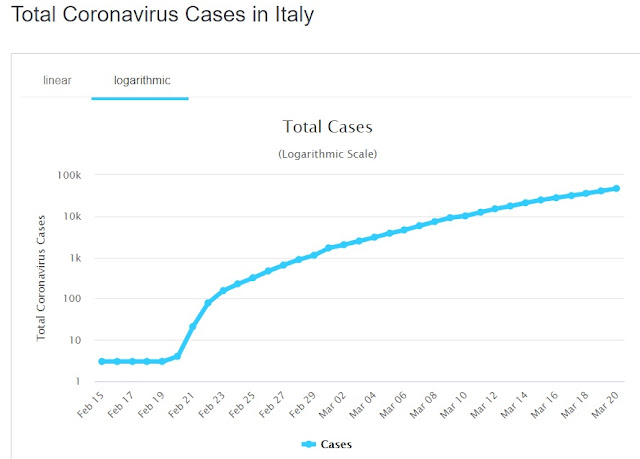 Meanwhile, Australia now has 1,072 known cases, and seven deaths, which appears to be a much lower base, but it's rising fast.

There have been some suggestions that COVID-19 doesn't spread so easily in tropical climates, which is helpful for north Queensland, and less so further south.

The opportunity to nip the spread of the virus in the bud early has evidently already been and gone.

And these are just the known cases, of course. 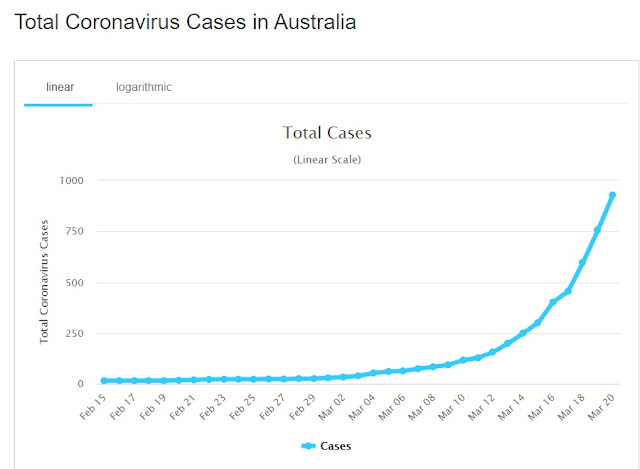 The exponential function is what matters here.

The current trajectory is for a doubling of known cases roughly every 3 days.

If action isn't taken and no effective treatment is found we'd be through 100,000 cases by the second week of April (Italy is now up to 54,000 cases).

The government must know that it can't wait around for another week, and will surely need to announce lockdown measures.

Yes, it's painful to contemplate, but we'd likely end up there anyway, so it must happen now.

Look instead at the numbers on a log scale.

If we sit back and let things get to that stage then put simply we'd potentially be condemning thousands to death from a respiratory illness. 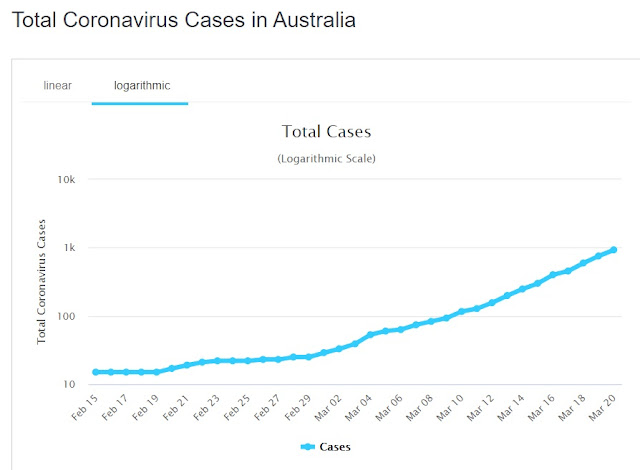 To date, Aussies collectively haven't taken this seriously enough, so the government will need to step in and enforce lockdown measures, while announcing measures to pay small businesses and households in strife.

They could wait another few days, of course, as happened with the sports events, but every day matters now, to buy time and to get prepared.

The virus may naturally stop spreading over time, but buying time to prepare healthcare centres and possible treatments could make a big difference.

Bondi Beach was locked down today, which is a good start after yesterday's madness, and Crown Casino lost its exemption (wtf) for holding social gatherings. 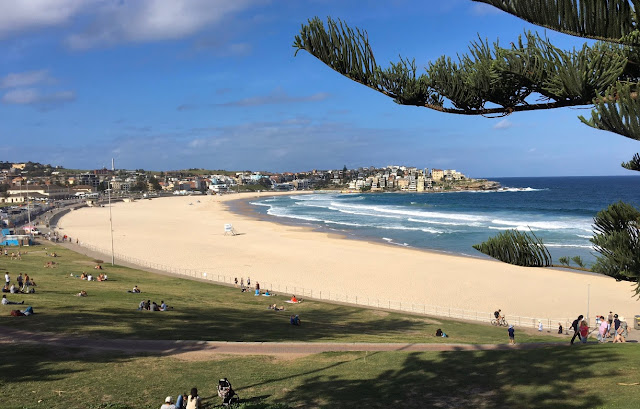 Discl: Obviously, I may be wrong, but prefer to err on the side of caution. 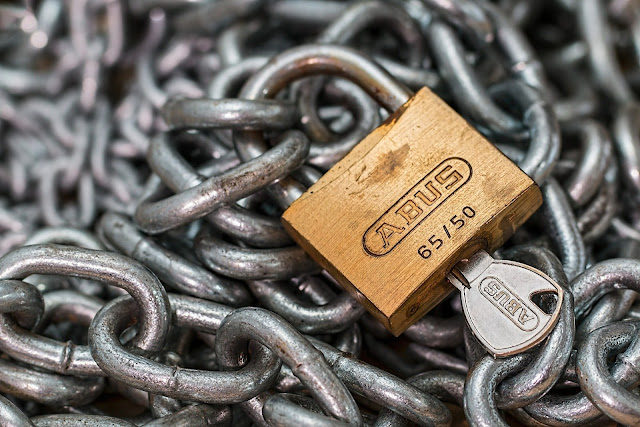