The ABS released its construction work done figures for the June quarter this week.

And then there was a monster +22 per cent spike in engineering construction work done in the quarter to $24.7 billion.

After years of declines since 2012 this was a big result, driven overwhelmingly by a +$4 billion increase in Western Australia. 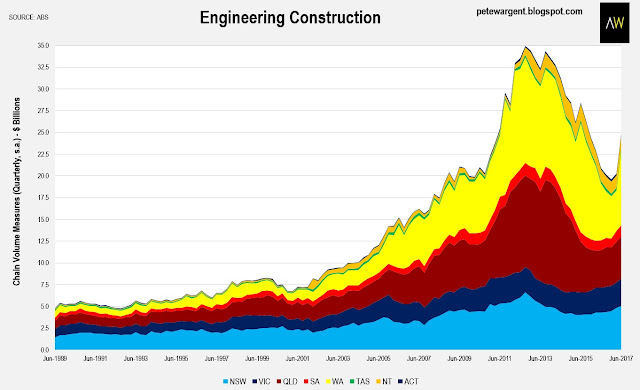 There was some debate about whether this related to the import of a floating LNG platform, Prelude, and whether there would thus be no impact on GDP in the second quarter (i.e. the opposite entry might yet be recorded as an import in the balance of payments next week).

I'm not sure what the consensus was, not that it necessarily matters all that much.

If accruals accounting isn't going to be applied in full then you'd expect to get these quarterly anomalies from time to time (if the $4 billion does relate to the import of a floating platform then arguably the dollar amount should be amortised over the full construction period, but there were no explanatory footnotes to this effect in the release).

The key point is that resources construction hasn't been in material decline for some time now outside Western Australia, and to some extent the Northern Territory.

And now construction activity isn't declining in WA either. 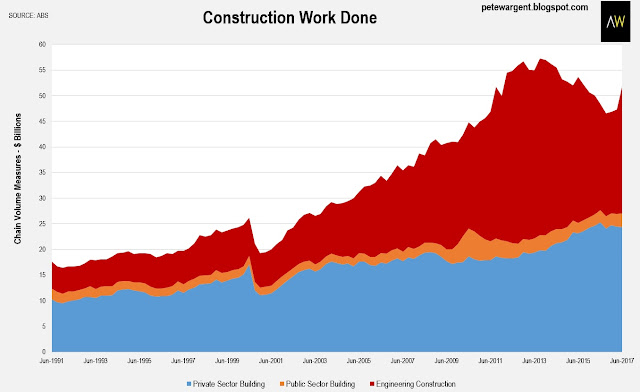 With commodity prices having rebounded sharply, there is further compelling evidence here that Australia has successfully negotiated the resources construction cliff, in doing so chalking up another risk to the economy successfully averted.

For the record, consensus market forecasts expect a solid result for GDP either way. 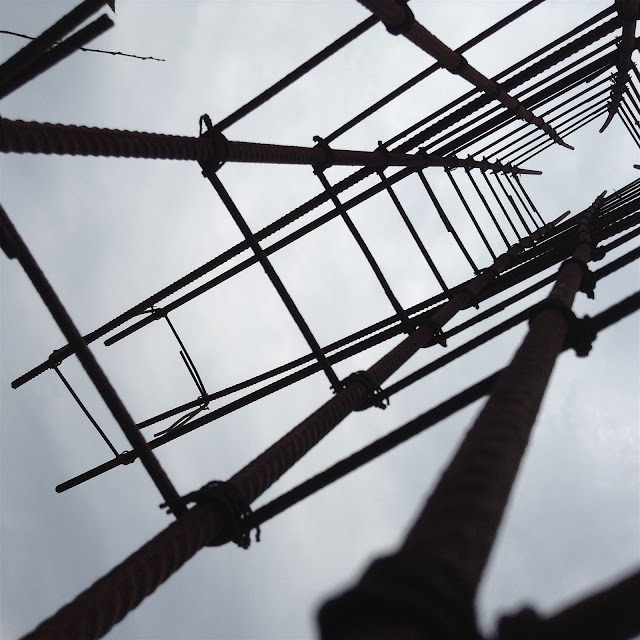