Something about the so-termed "no bids on property" meme is not quite stacking up here.

Melbourne was one of the two capital cities leading the charge, with yet another big drop.

Listings have declined massively again by-20.5 per cent in Melbourne over the past year from 36,688 to just 29,177, which is a seriously far cry from the peak.

So someone must be bidding, 'cos all those properties aren't buying themselves.

Asking prices for Melbourne house prices rose by a thunderous +21.6 per cent over the year to August 1, reported SQM's Louis Christopher. 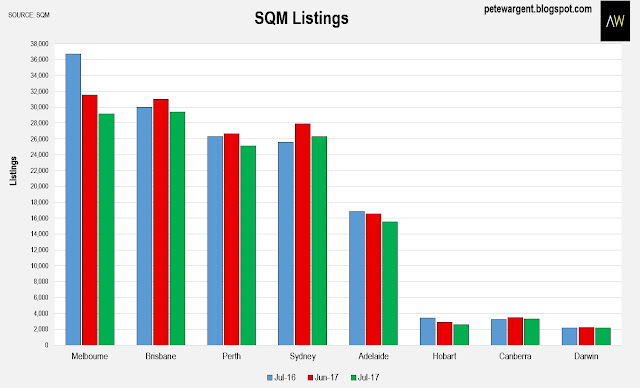 More first homebuyers may also be expected to enter the New South Wales and Victoria markets now that we are well into the post July 1 period heralding fresh incentives.

Listings having declined across the other capital cities in July left year-on-year stock levels relatively stable in most cases ex-Melbourne.

Except for one...step forward, Hobart!

The Tasmanian capital is absolutely smashing it right now with listing levels dropping by an outlandish -23.3 per cent from a year ago to just 2,607.

It's getting extraordinarily tight down there on all metrics in Tassie.

Nationally listings were -9 per cent lower than a year ago. 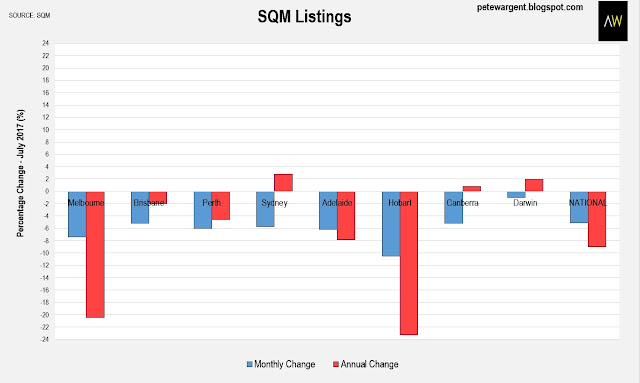 When you consider the potential level of Chinese interest in Hobart and, well, not even 2,700 listings...fair suck of the sauce bottle mate, it could all get a bit tasty down there on the Island of Inspiration... 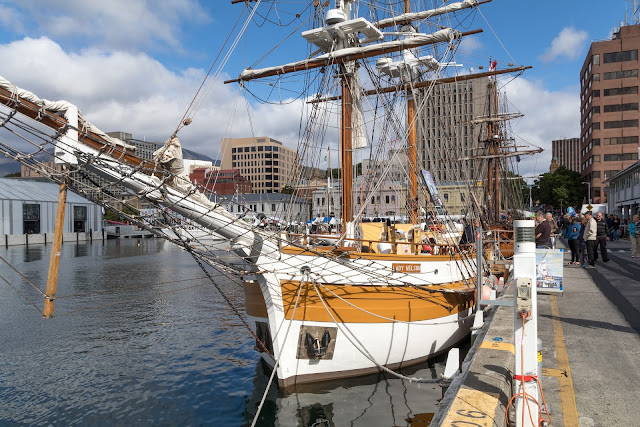