A photo of the new Brisbane Skytower taken earlier today, set to be the tallest residential tower in the city. 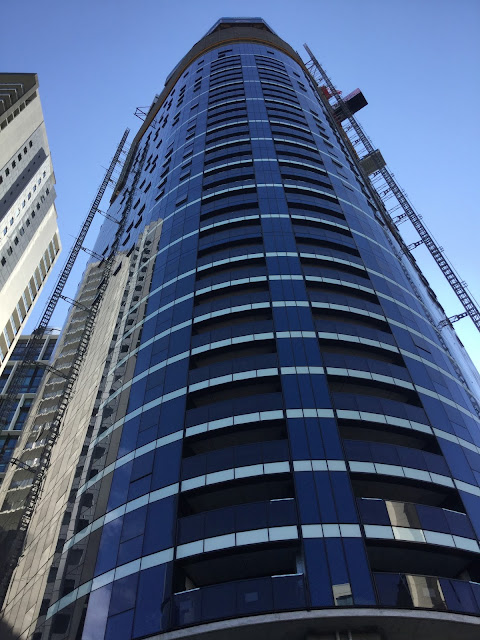 There's been a lot of debate about whether Brisbane's apartment market is oversupplied, particularly in the inner city.

The Reserve Bank of Australia (RBA) even made special mention of the sector last week in its latest Statement, with demand from foreign buyers having cooled off since last year.

Developers have also noted less appetite from lenders to finance projects, which is being reflected in fewer new projects getting off the ground.

Sunland have argued that resales at significant higher prices on its Abian tower alongside the Botanical Gardens indicate that demand remains strong.

Others point to cancelled projects and elevated vacancy rates as evidence of the sector struggling.

My view is a bit more nuanced that most you read, as covered in detail in my market reports.
Posted by Pete Wargent at 19:19