Hobart's vacancy rate fell from 0.7 per cent to just 0.5 per cent in July 2017, according to SQM Research data.

That's probably close to about as low as you will ever see in a capital city, based on the prevailing measurement criteria.

Sydney's vacancy rate was a notch lower at 2 per cent, while Melbourne's vacancy rate of 1.7 per cent was materially tighter than the 2.1 per cent result for the same month last year.

Overall, the national vacancy rate ticked down from 2.4 per cent to 2.3 per cent in the month.

At the other end of the spectrum vacancy rates are elevated in Darwin, Perth, and for apartments in Brisbane. 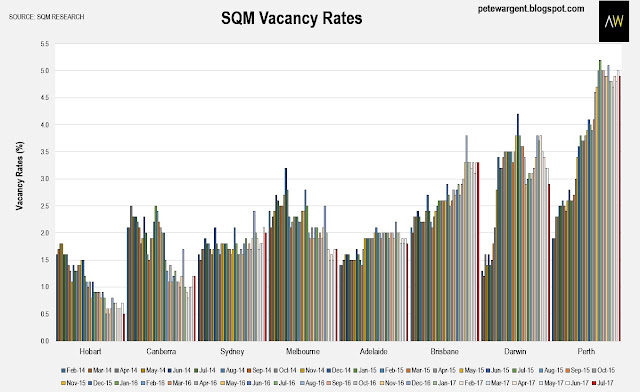 Melbourne's outperforming economy has been attracting interstate migrants from Western Australia, Adelaide, the Northern Territory, and lately even from Sydney.

And that's on top of the strong immigration from overseas.

As a result vacancy rates are tracking at around their lowest level in years.

Smoothing the original numbers on a 6mMA basis is a tad misleading since there is typically a spike over Christmas, but it's more than evident that Melbourne vacancy rates have clearly been trending down for several years now. 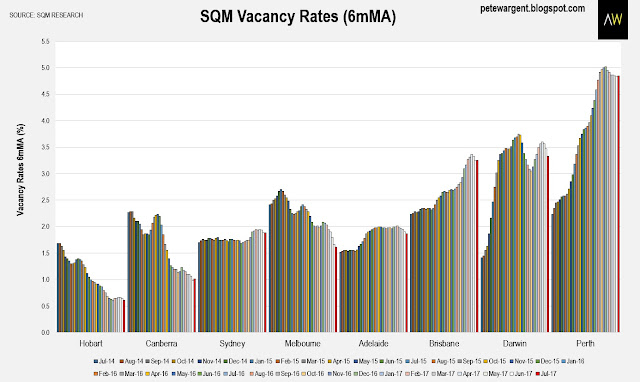 And with Greater Melbourne recording the highest population growth on recent record for an Australian capital city, there is no respite on the horizon.

The nail in the coffin for the predictions of an imminent Melbourne plunge is that not only are prices rising, but now asking rents are too, with median apartment rents heading up and away (+5 per cent year-on-year).

This has nothing on Hobart, though, where both rents and prices are now blazing higher at a double digit pace.

And then there's the surge in Chinese interest in Tasmania.

Normally you'd expect to see a dramatic supply response ramp up in such circumstances.

To date developers have possibly held back a little given the logistical challenges and costs posed to those based on the mainland, although a range of major hotel and commercial projects have certainly been touted.

It'll be interesting to see if locals now get building.

But for the foreseeable future it will be a feeding frenzy as buyers race to escape the woeful conditions for renters. 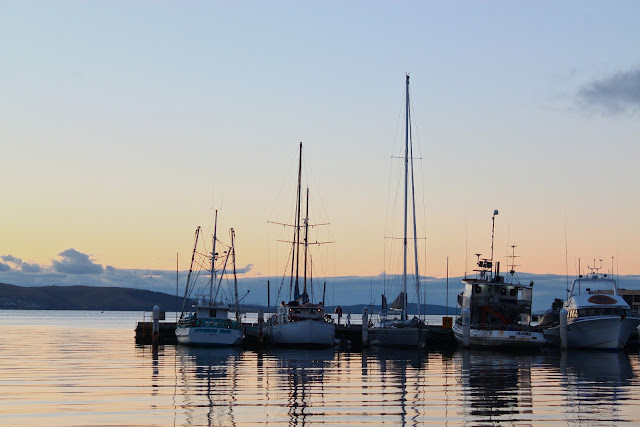