'Til household debt do us part

Later in the year I'll be speaking at a banking conference, partly on the subject of household debt.

Human nature dictates that readers feel drawn to commentary on the subject tending towards the binary: it's either a complete disaster set to collapse in a heap, or "she'll be right, mate".

First a quick look at a few of the headline numbers, then.

There's no doubt that gross household debt has increased in Australia, to its highest level on record this year. 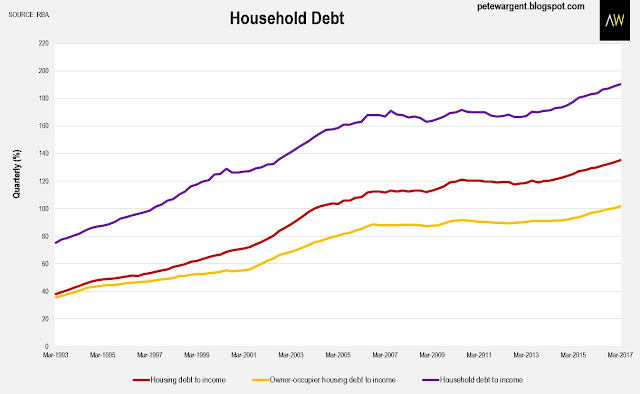 It's not that hard to see why.

With interest rates hitting their lowest level on record, households have felt confident in servicing more housing debt because it's costing them less to do so, at least for now. 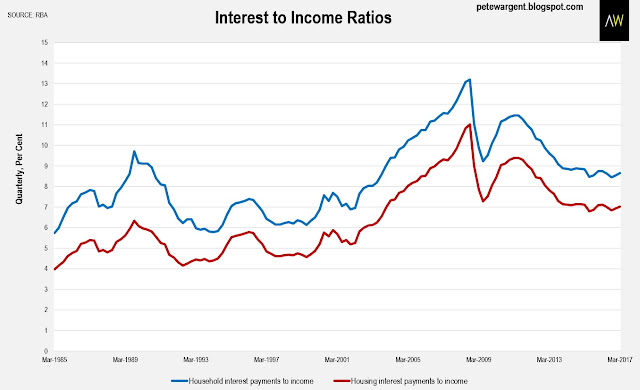 As is so often is the case, the headline figures tell only a small part of a considerably more complex story, with the underlying dynamics presenting a range of possible outcomes.

For example, some Australians have been taking advantage of the low interest rate environment to get well ahead on mortgage repayments.

About 2 in 3 housing borrowers are at least a month ahead of their repayment schedules, and fully half of borrowers are now 6 months or more ahead.

Meanwhile households are now sitting on well over $1 trillion in currency and deposits, which is unprecedented.

Net off these balances, and the household debt position takes on a different appearance, staying at around the same level since 2004. 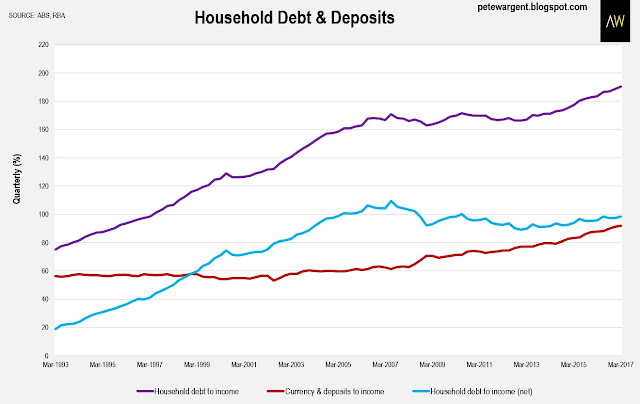 Moreover, asset prices have risen solidly to the extent that the household debt to assets ratio has now fallen to just 19.5 per cent.

Some households are clearly finding life much easier than others then.

The Reserve Bank of Australia (RBA) would also be at pains to point out that analysis of the distribution of household debt shows that the rise has been mainly attributable to higher income households (the opposite of what happened in the US in the lead up to the subprime crisis).

Quite a substantial chunk of the increase in household debt relates to older Australians taking on a mortgage to buy an investment property, something far less common a generation ago.

The most important indicator of all, argues the RBA, is that indicators of household stress are contained.

That's not to say the poop couldn't say g'day to the fan if unemployment or interest rates were to rise quickly, but it's nevertheless where things are at today.

A more immediate issue is that if households are busy racking up offset balances or paying down mortgages then they aren't spending on consumption, which presents a different set of challenges. 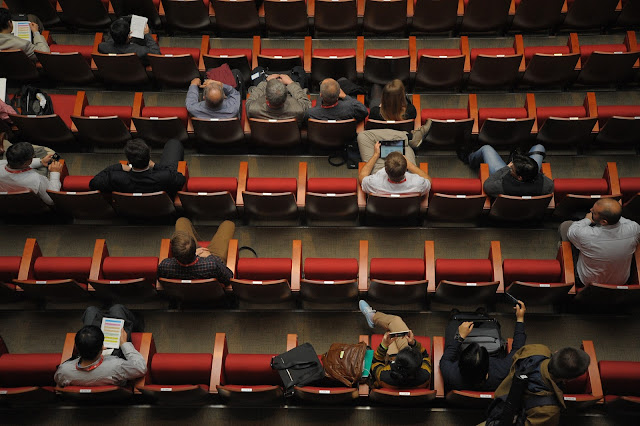