There was a strong +11 per cent increase in net permanent and long term immigration into Australia in FY2017 to a total of +291,300.

This represents a marked increase, mirroring the recent improvement in the economy and jobs growth.

Most are heading to Sydney and then Melbourne, with daylight a surprisingly popular third choice. 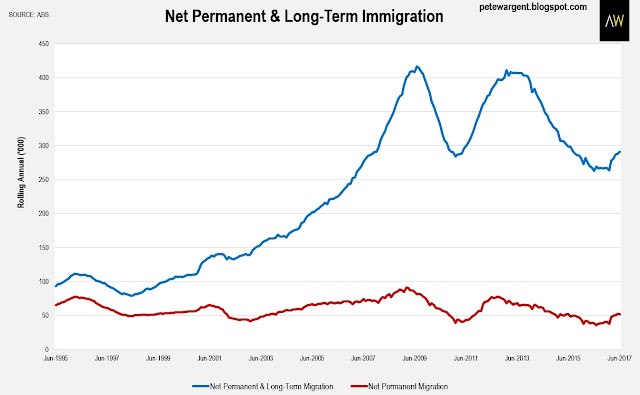 Asia accounted for 56 per cent of permanent settlers, with underlying strength in the numbers hailing from China (17,780), and especially India (23,010).

The increased humanitarian intake also saw the settlement of 9,370 Iraqis across the financial year.

On the other hand are now comparatively few permanent settlers from the United Kingdom (6,180) and New Zealand (8,100).

You can insert your favourite Barnaby Joyce quip here, should the mood take you. 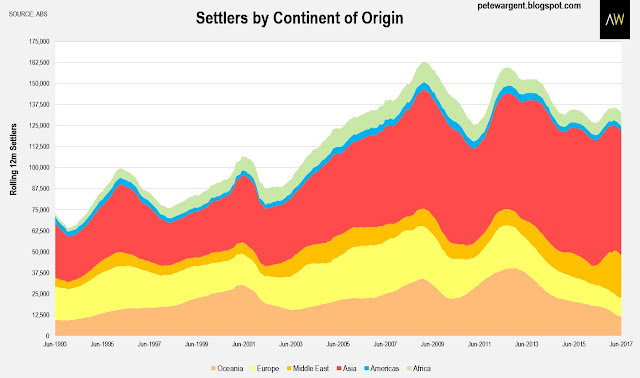 Following the depreciation of the Aussie dollar there has also been a tremendous surge in annual short term visitors, mushrooming by +45 per cent from 5.9 million in FY2012 to a record 8.6 million in FY2017.

Sydney still attracts the most tourists, so these prodigious numbers potentially put a different slant on the assumed apartment oversupply, as well as representing a boon for businesses in the Airbnb space. 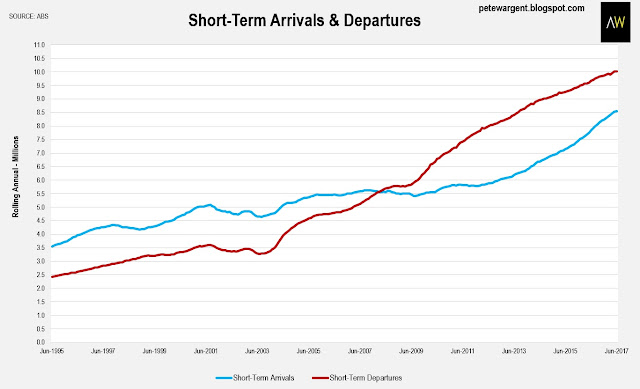 In absolute terms, the growth in short term arrivals was again largely driven by the thunderous 1.7 million visitors from China, Taiwan, and Hong Kong (+167,300).

Some of this trend is currency driven, and some due to awareness of Australia as a destination. 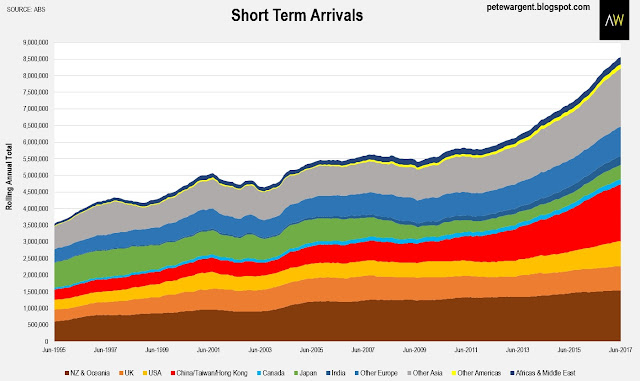 Finally, FY2017 was also a record year for education arrivals, including a monster intake of international students in the month of February, in advance of the first Semester in March. 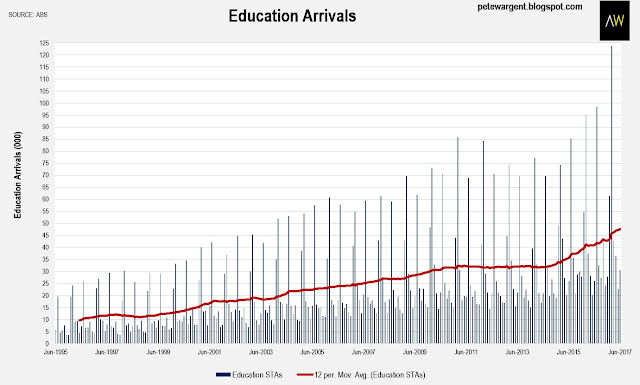 The education boom is largely a Sydney and Melbourne phenomenon, as indeed has been the case for most of the thriving sectors since the 2012 financial year.

Overall, these were strong demographic numbers for FY2017, with Australia attracting more long term arrivals, and visitors in record numbers.

And just think of all those future politicians arriving on Aussie shores!