A quick look at what's happening down at the new Sydney suburb of Barangaroo.

Some new harbourside residential apartments, though not that many. 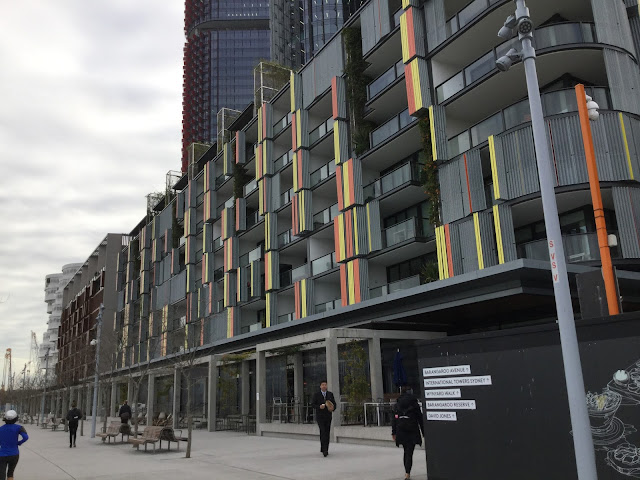 Much, much more A-grade commercial space! 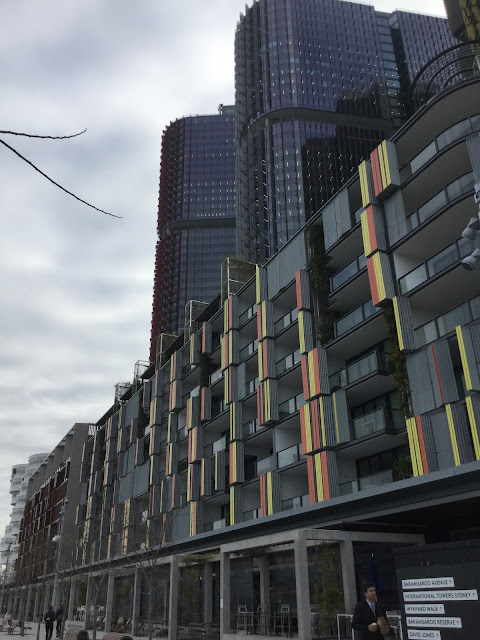 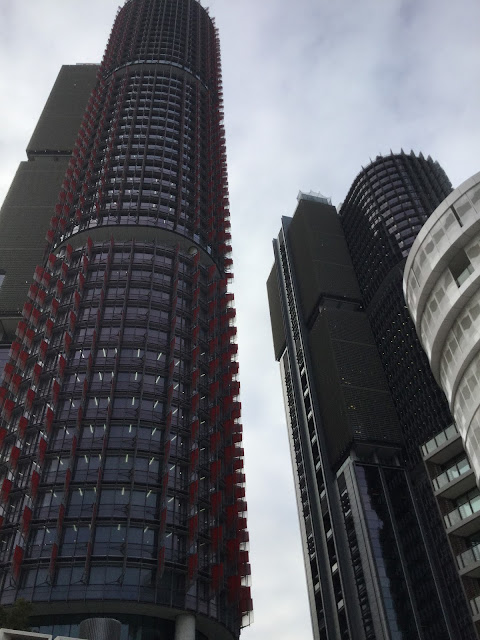 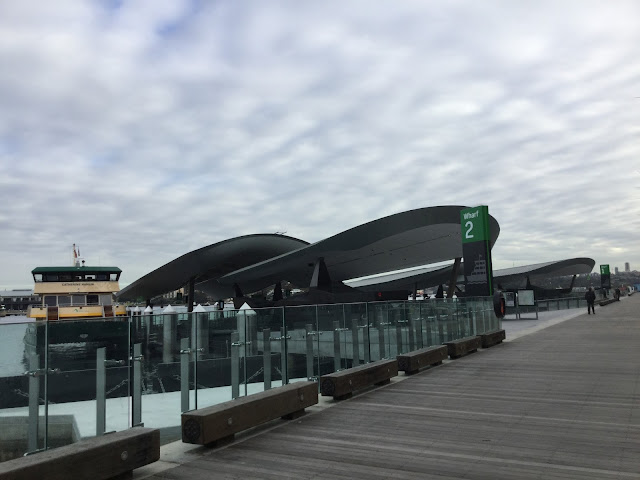 The next commercial phase getting underway. 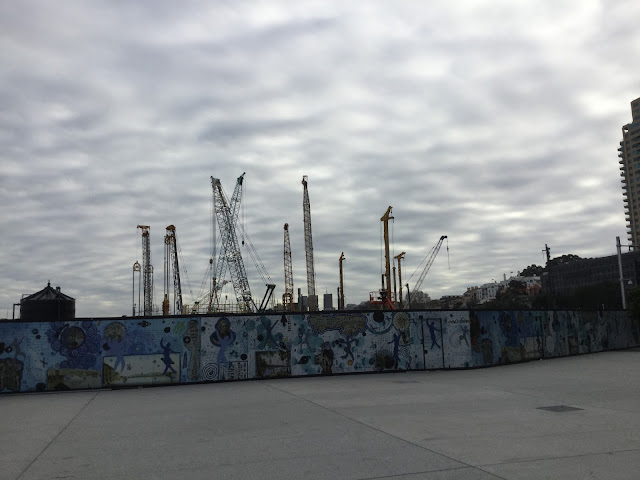 And a look back towards King's Street Wharf and Cockle Bay. 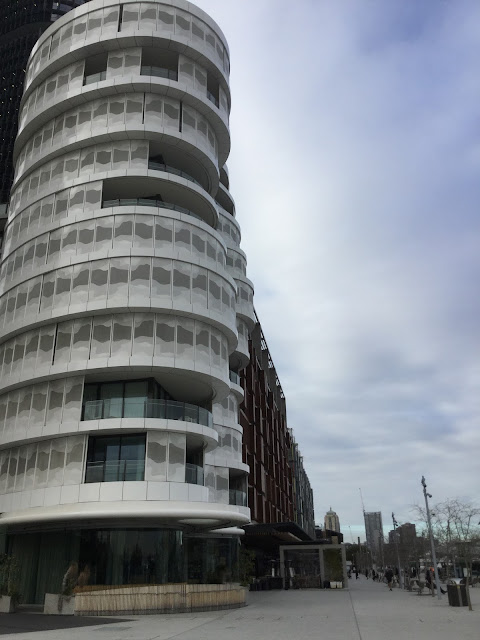 It's a huge project.

At the other end of Darling Harbour, the gleaming new International Convention Centre and hotel have been constructed.
Posted by Pete Wargent at 21:42