The median vacant lot price rose by +2.1 per cent in the first quarter of the calendar year to a fresh high of $253,525, according to HIA figures.

The price gains in capital cities have been stark through this cycle, rising by another +9.8 per cent over the year to March 2017 to above $290,000.

Capital city land is about 35 per cent more expensive than it was five years ago. 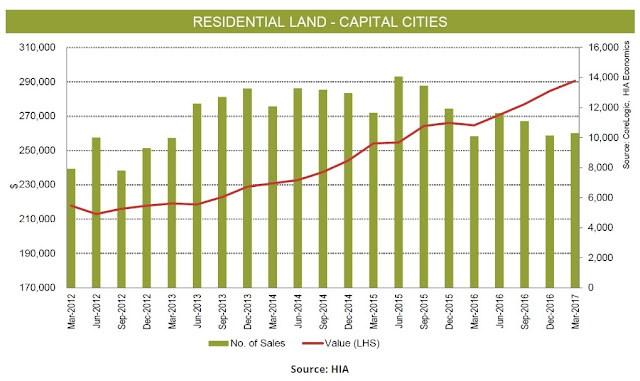 The bulk of the price gains since the financial crisis have been driven by the largest city, Sydney.

Notably volumes have fallen sharply in recent years, suggesting that land release has been too slow to meet high levels of demand for greenfield sites. 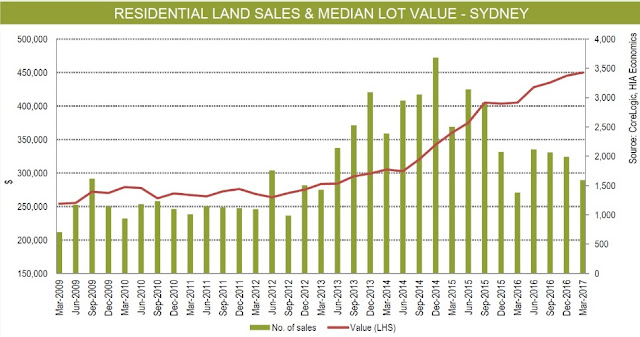 Although price gains have once again been huge in Sydney over the 12 months to March at +11.1 per cent, the strongest increase in median prices was seen in Melbourne (+16.6 per cent).

There were also annual increases in Adelaide (+7.4 per cent), Brisbane (+3.6 per cent), and Perth (+2.7 per cent), with Hobart the only capital city to record a decline in its vacant lot prices. 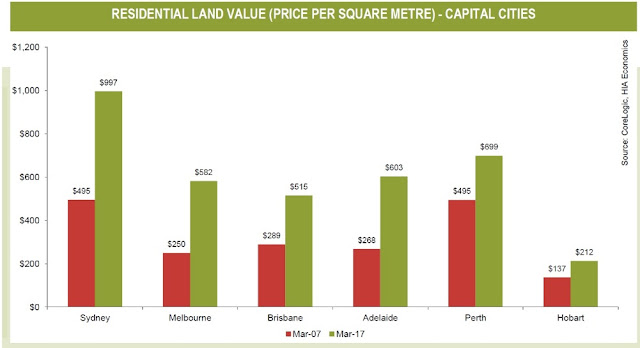 On a price per square metre basis, all of the mainland capital cities recorded a significant increase over the past decade. 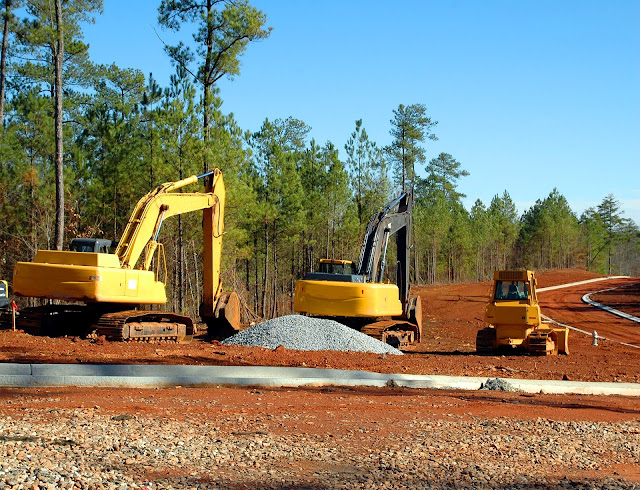