Retail trade was strong in Q2

Another prod in the eye for the mortgage stress meme, as monthly retail turnover surged by some +1.91 per cent or nearly half a billion dollars in the second quarter of 2017, to $26.15 billion. 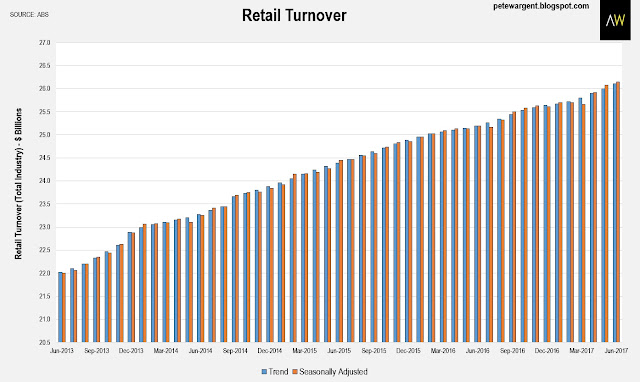 Realistically a more likely narrative given that households have literally never had such a huge pile of cash and deposits - more than $1 trillion in aggregate! - is that more are opting to get ahead on mortgage repayments, thus apparently weakening their net cash flows in the 2017 financial year. 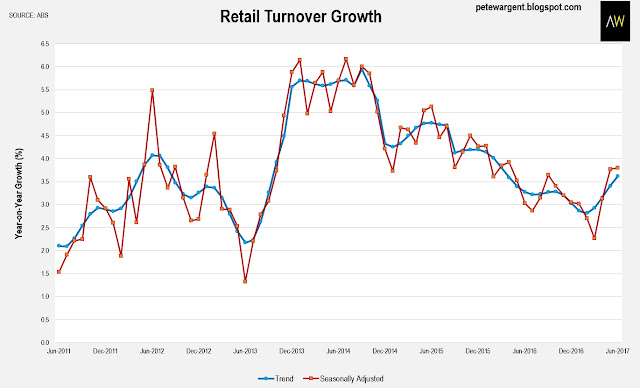 Given the weak deflator, real retail sales surged by +1.5 per cent in the second quarter, indicating a likely solid contribution to GDP growth in the national accounts.

A look at the longer terms growth in retail turnover by states shows how the resources states have lagged in recent years while New South Wales and Victoria have bounded ahead. 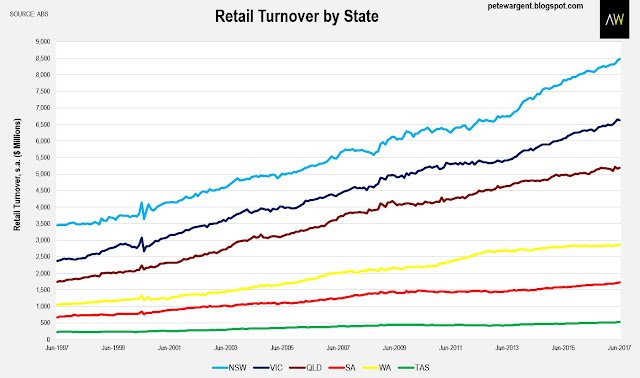 Retail activity - like jobs growth - appears to be off and running again in New South Wales, while the southern states have picked up the mantle lately. 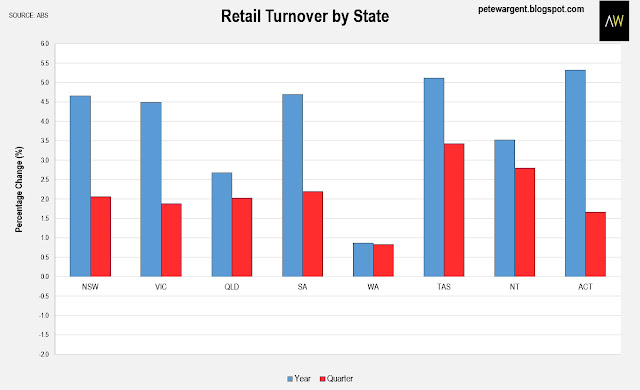 Finally at the industry level there may be some evidence of household goods restocking after flooding and the Cyclone, while eating out remains perennially popular. 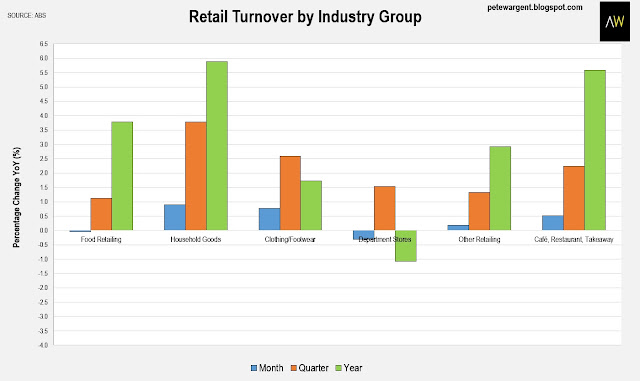 Sadly, department stores are still copping in tough, a trend which is unlikely to improve much any time soon given increasingly testing competition.

Overall, this was a fine result which beat expectations.

The big picture for retail is that while prices may be weak, volumes are doing OK. 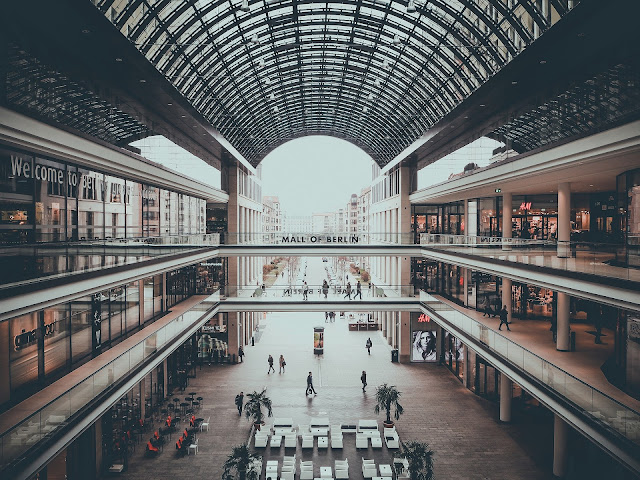