Private sector building approvals rebounded by +10.9 per cent in seasonally adjusted terms to a total of 18,453 in June, driven by a timely jump in attached dwellings.

In trend terms total approvals have remained broadly unchanged since the end of 2016. 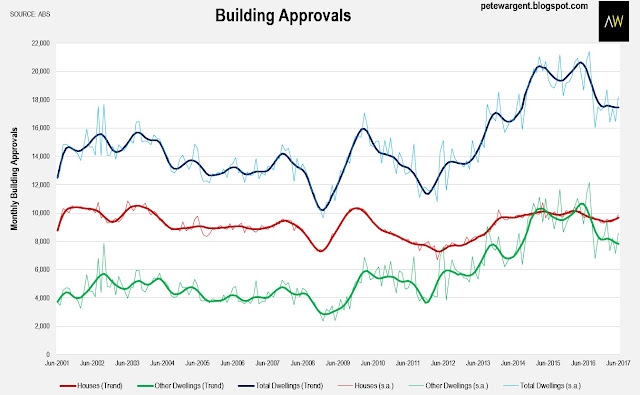 Despite the monthly rebound the annual number of building approvals continues to ease steadily, now trickling down towards ~219,000. 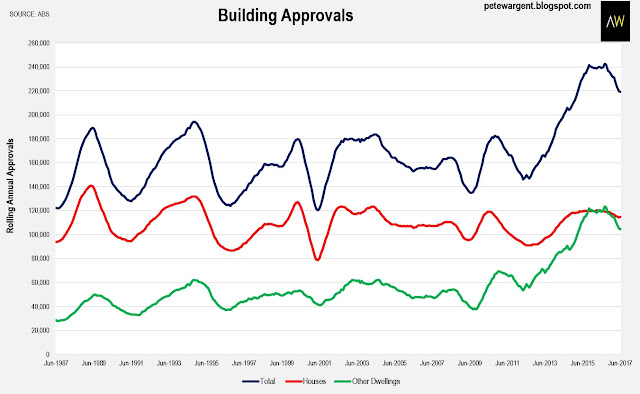 House approvals have been fairly flat over the past year, although annual house approvals in Perth are now some 40 per cent below their 2014 peak. 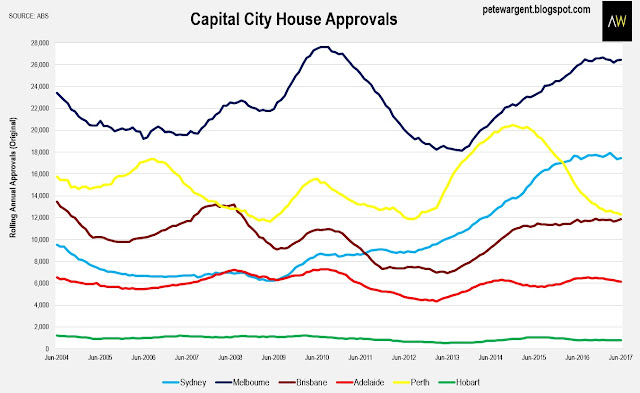 Apartment approvals have been trending down for some time in Melbourne, and have dropped by some 42 per cent from their peak in Brisbane, before now appearing to have found a plateau of sorts. 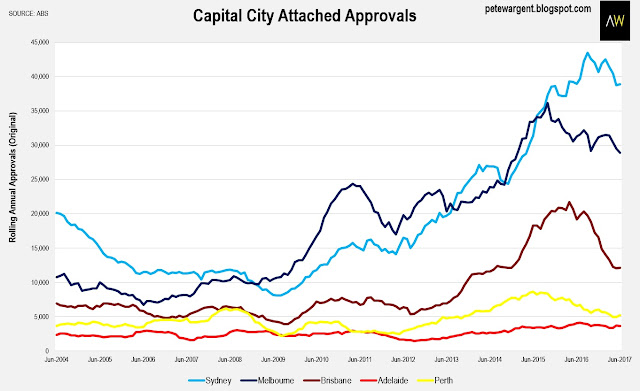 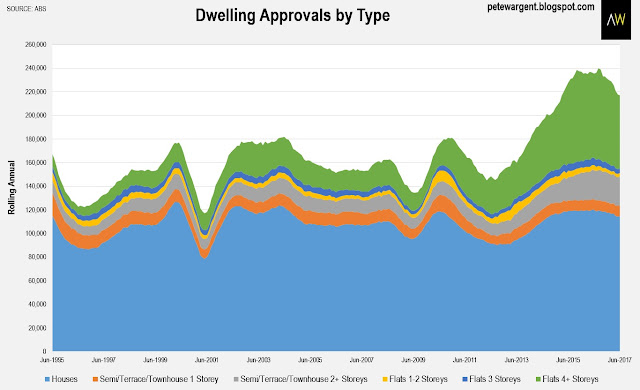 And this downtrend is mirrored across each of the most populous states. 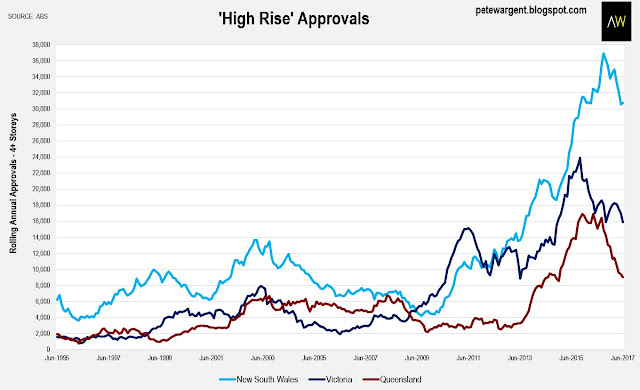 Overall, this was quite an upbeat result which beat market expectations, built on the back of a boost in demand from owner-occupiers, and especially in the apparently evergreen Sydney market.

Despite fears of a downturn in the building pipeline, after accounting for a strong lift in non-residential approvals the annual total value of building approved remains close to its highest ever level at more than $115 billion. 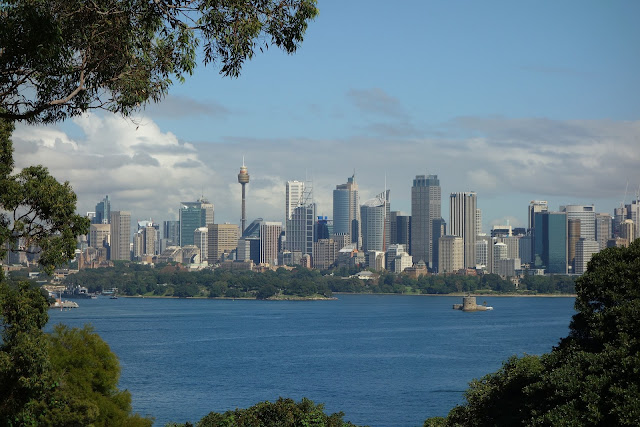