Sydney economy back into pole position

That's well ahead of the rate of population growth, and also enough to push the unemployment rate into a downtrend. 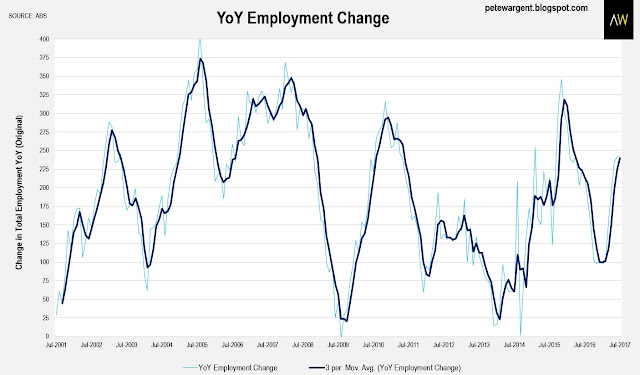 Sydney has displaced Melbourne as the economy creating the most jobs over the year to July 2017, at more than +71,000. 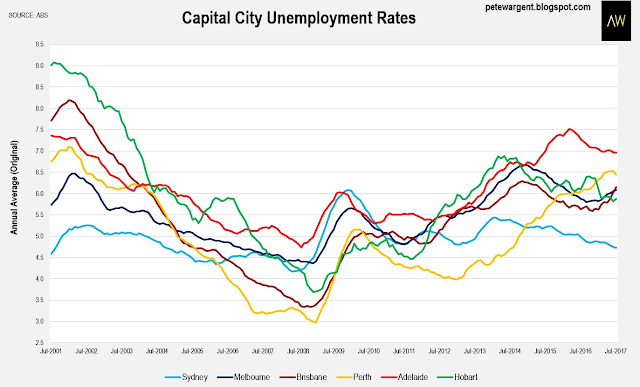 It now takes just 12 weeks to find a job in Sydney on average - well down from 17 weeks two years ago - which compares very favourably to a turgid 23 weeks in Brisbane, and a morose 25 in Perth. 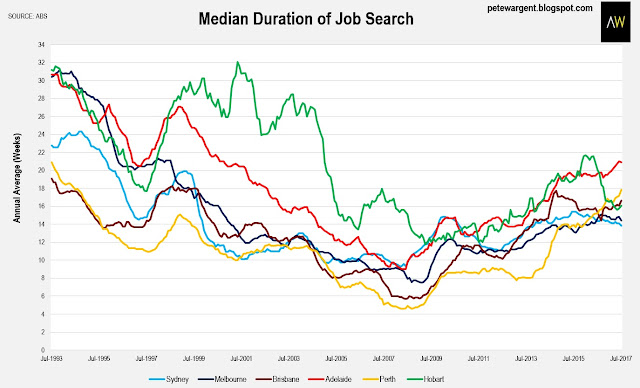 Despite Sydney's low unemployment rate, there have been relatively few signs of stronger wages growth in New South Wales to date, with annual wage prices rising only by about +2 per cent across the state.

The below chart hints at some possible reasons why, including a recent pullback in the participation rate, although this measure tentatively appears to be trending up again. 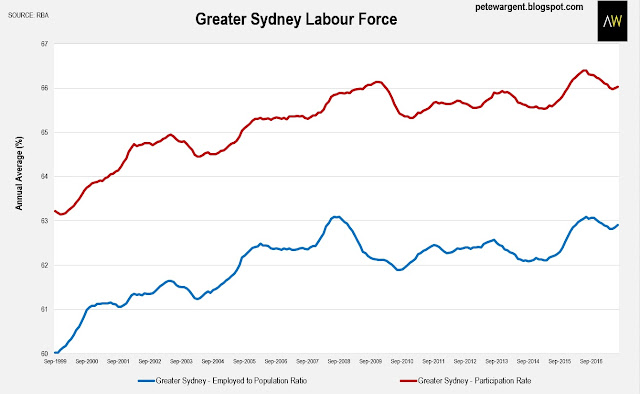 Nevertheless, stronger wages do look set to return in due course with jobs being created at this pace.

Finally, for something different, a brief look at one of the more interesting regions.

For a long while I've been of the opinion that Geelong in Victoria could be be the best performer of the housing markets away from the capital cities.

After a prolonged downturn, you could potentially now add Townsville to that list, looking from a purely macro perspective.

New projects are getting underway - Townsville stadium commenced construction this week - and bigger fish are waiting in the wings, most notably the controversial Adani mine, which could well lead to an employment boom locally.

And after some fairly high profile industry closures in recent years, employment is now trending up again. 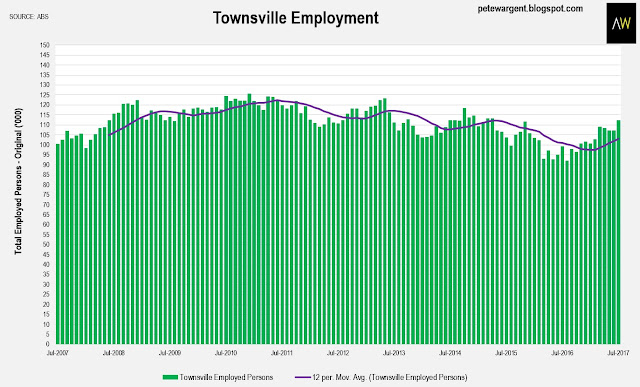 These are all macro indicators only, of course, and indeed I haven't even been up to NQ for a couple of years.

In a report concerning mortgage arrears last week Reserve Bank of Australia (RBA) included Townsville as one of the underperforming mining region housing markets since the peak of the mining boom.

In fact median prices are below where they were all the way back in 2008 on the RBA's chart.

However, SQM Research's leading indicator index, which records an upturn in asking prices, shows that this is already changing.

If you're considering investing in property in Townsville, then you definitely need a more detailed and localised understanding than I have, so I recommend you speak to an expert.