It seems that Melbournites are not waiting to buy land...they are opting buy land and wait.

At least for now.

Melbourne has accelerated to record monstrous population growth in recent years, while the regions of Victoria have largely flatlined ex-Geelong.

You can make your own assessment of whether high population growth is impacting the Melbourne housing market, but the land sales figures look pretty damning.

The pressure appears to be starting to tell, as vacant land sales are being gobbled up at the fastest pace ever recorded, according to Oliver Hume's quarterly data. 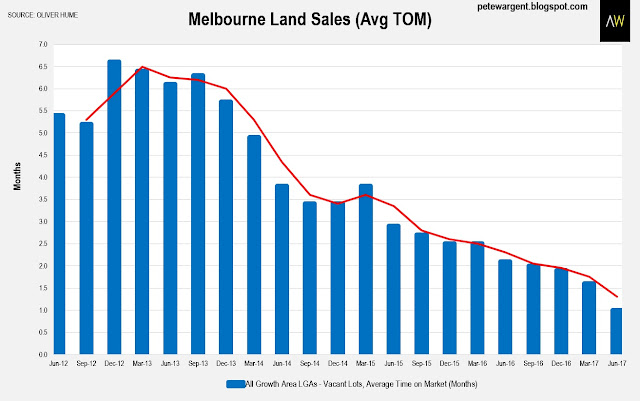 Model of a modern Valuer-General

Rising land values have been a key input into rising house prices in Melbourne. 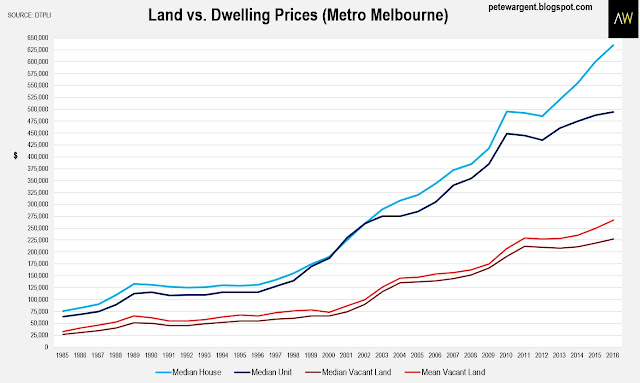 The ratio of land prices to house prices on this data series hasn't changed a great deal over more than three decades, to some extent reflecting what is actually being measured, with the vacant land sales often located in fringe or secondary locations.

Perhaps this is the subject for a longer blog post another time, but the Valuer-General report always cautions about too many generalisation being drawn from the headline numbers.

House and land prices in regional Victoria have lagged Melbourne substantially over the past 10 years to 2016, at least in aggregate.

Metro Melbourne median house prices have now more than doubled over the past dozen years, and have quadrupled since 1998.

This represents an increase of $100,000 or +45 per cent over 10 years, before accounting for stamp duty and repairs, maintenance, and other holding costs. 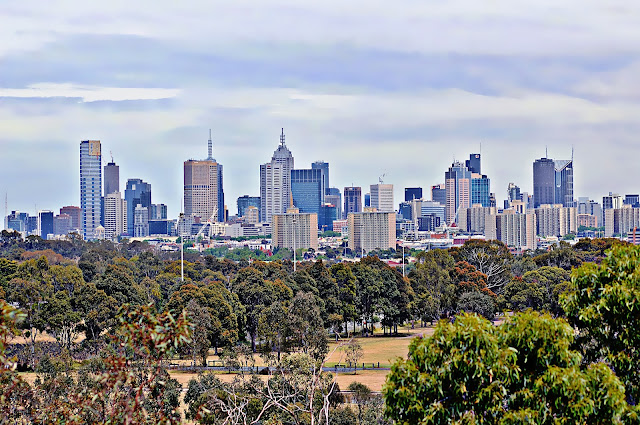