This week's wage price figures showed that including bonuses wages increased by +0.7 per cent in the quarter - the strongest result for the June quarter since 2010 - to be +2.1 per cent higher over the year.

The ABS also released its average weekly earnings figures yesterday, which revealed quite a similar result.

Over the year May 2017, full-time adult average weekly ordinary time earnings increased by a subdued +1.8 per cent to $1,544.

But the full-time adult average weekly total earnings in May 2017 was $1,608, with a notably stronger rise of +2.1 per cent from the same time last year.

There were as always variations in the underlying figures.

For example, average earnings for females rose by +2.3 per cent, and for full time females earnings were some +2.6 per cent higher.

Of course, these numbers are coming from a lower base.

These are average figures, so it's important to note that there are potentially significant differences in the relative number of hours worked, for example. 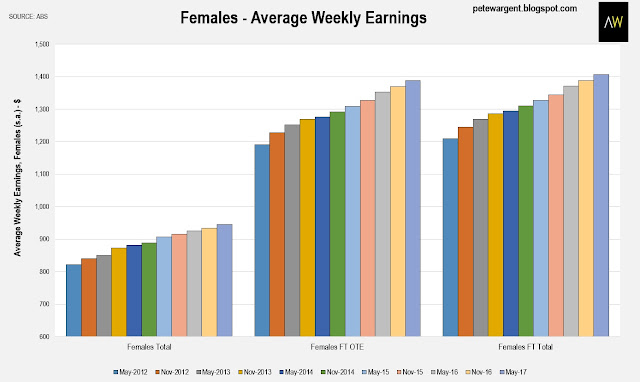 On the other hand, earnings growth for males has been subdued, with average earnings only up by +1.6 per cent. 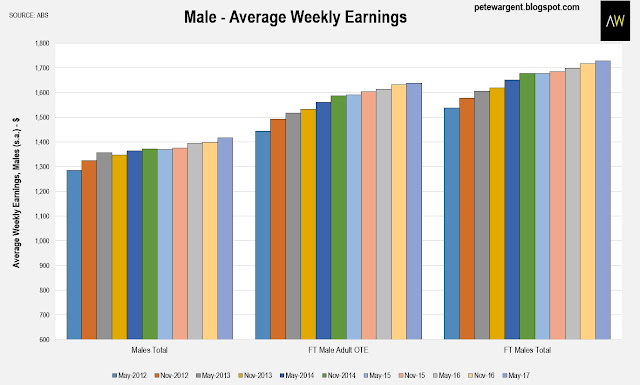 Some males are doing better than others, of course.

For example, the original data shows that full time males in Victoria and the southern states have, on average, seen strong growth in their total earnings over the year to May 2017 - so too, in the ACT - but in Western Australia the equivalent figure fell.

Queensland bonuses have also pulled back quite sharply since LNG construction dropped off a few years ago. 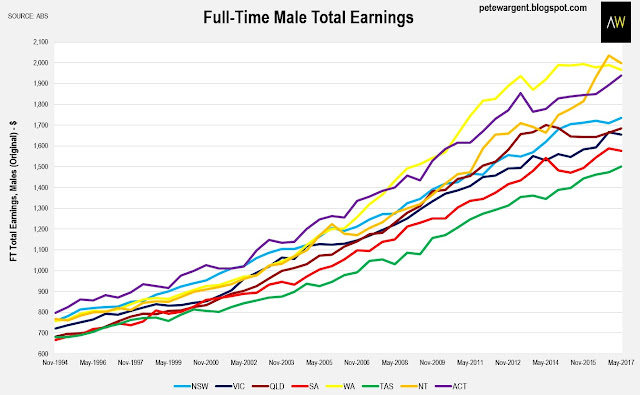 Total earnings for men have been very high on average in the resources states, reflecting the nature of the work undertaken.

Indeed, despite the recent malaise, the mining sector still had by a huge margin the highest average weekly earnings of all industries at $2,551. 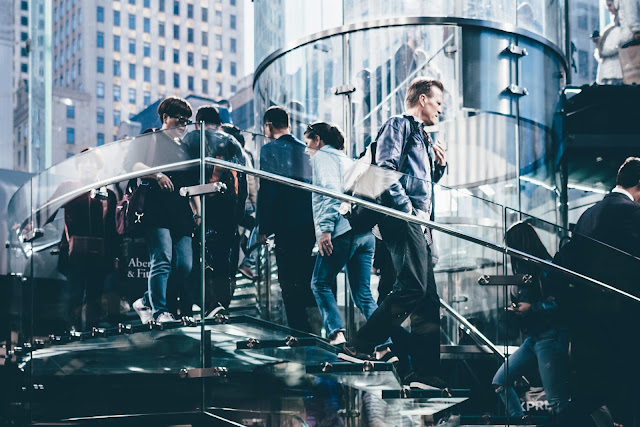