The Plant Hire Strikes Back

A long time ago, in a boardroom far, far away, Governor Lowe embarked upon a 'solo' mission to save our galaxy with financial stability ahead of pursuing the inflation target.

Indeed, since the end of 2015 core inflation has consistently missed the target on the downside, while underemployment has remained elevated.

The sceptics may yet be forced to join the dark side, though, as the recent spate of good news keeps coming...

Ai Group reported yesterday a reading of 60.5 for its Performance of Construction Index (PCI) in July, a punchy increase of +4.5 points from July and the highest reading across a dozen years of history for this series. Huge! 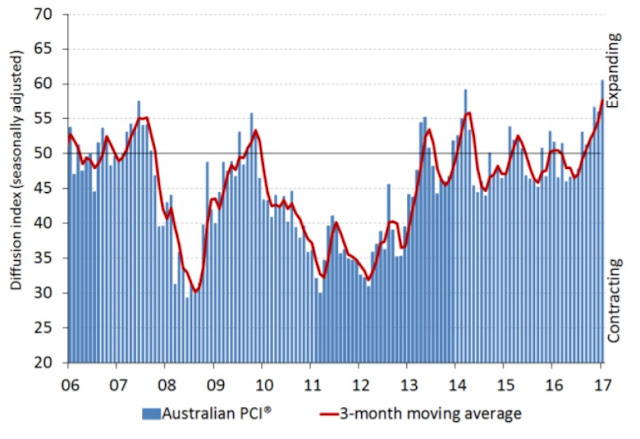 Whoa, Nelly! How can the construction index be accelerating at an even faster pace than it was through the resources boom?

Firstly, as I highlighted earlier in the year, engineering construction (57.5) is no longer in decline, more than four years after the resources construction boom finally peaked. 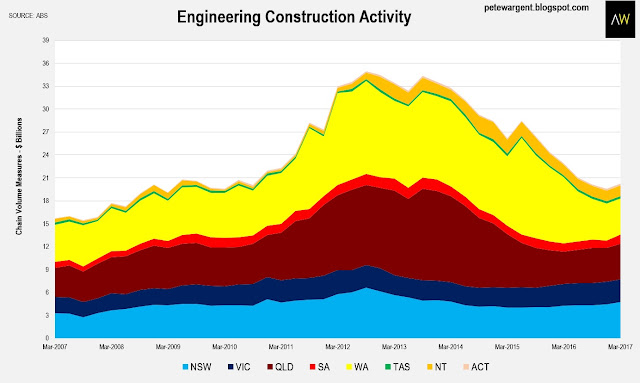 Secondly, forged on the back of a record stamp duty boom, infrastructure spend is taking off in New South Wales - up to a record $10.4 billion in FY2017 - while the Budget also went 'quite big' on infrastructure. 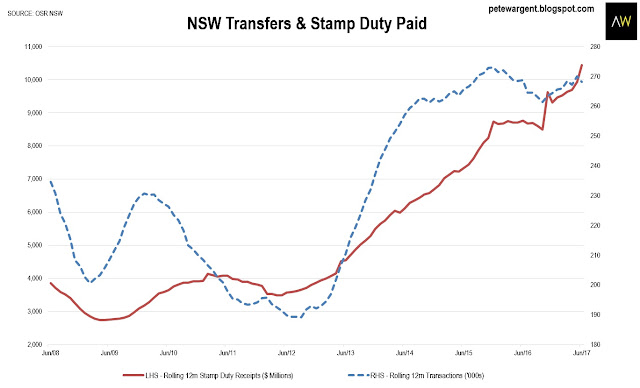 And there is even the possible upside risk of further resources investment - including expanded drilling programs on existing projects - following a resurgence in the price of bulk commodities, with the iron ore price now surging some +43 per cent higher since June 13. 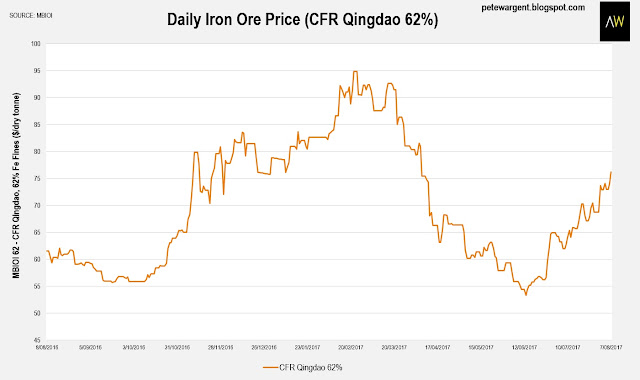 Apartment construction had contracted a little due to adverse weather in previous months, but even this sector is now back in expansion territory (52.6), at least for a while, while house construction (62.9) remains imperiously strong.

But the biggest upside was that commercial construction (64.3) which positively launched forth in July.

No shock to readers of this blog, of course, as I've consistently highlighted that the value of non-residential approvals has been trending higher for two years, and is now heading towards record highs (yet more good news for New South Wales here).

Perhaps most interestingly of all, the sub-indices pointed to construction employment rising at the fastest pace in three years, and rising wages paid in the sector too.

Another one for the hawks, then, as conditions continue to improve.

There's no doubt that apartment construction will slow through 2018 and 2019, yet with commercial construction now picking up the outlook may yet be brighter than thought.

Our lack of faith has been disturbing, as Governor Lowe might say. 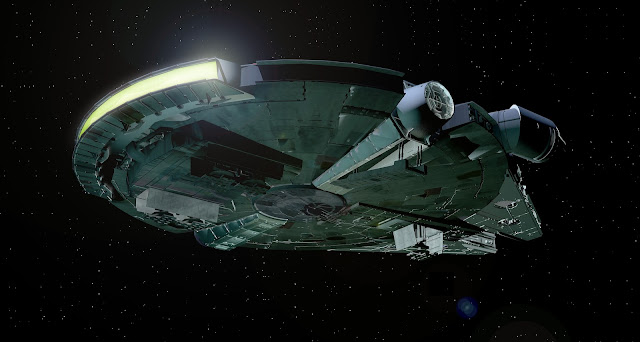