Rebalancing away from high-rise

There was another upbeat result for building approvals in the month of July 2017, with a shade under 18,300 dwellings approved in the private sector.

From a year ago private sector attached dwelling approvals are some 30 per cent lower, leading total approvals to be off by 14 per cent year-on-year.

Approvals are evidently well down from the peak, especially for high-rise apartments as we shall see.

However, detached house approvals have been steadily trending higher over the past five months, and demand for new homes has picked up the pace too. 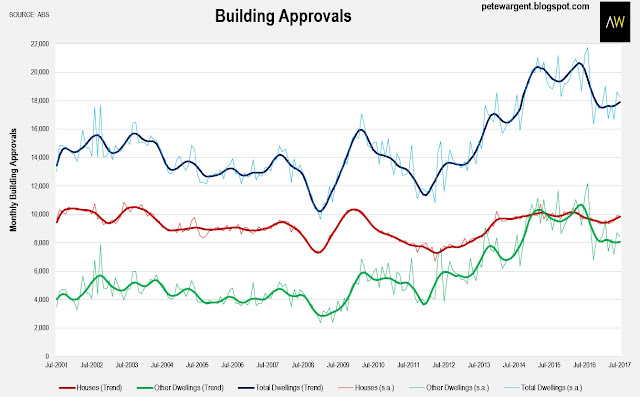 Although attached dwelling approvals remained at relatively strong levels in the most populous capital cities in July, the entrenched downtrend is abundantly clear.

In Brisbane, annual approvals continue to drop precipitously as that market grapples with high-rise overbuilding, especially in the inner city. 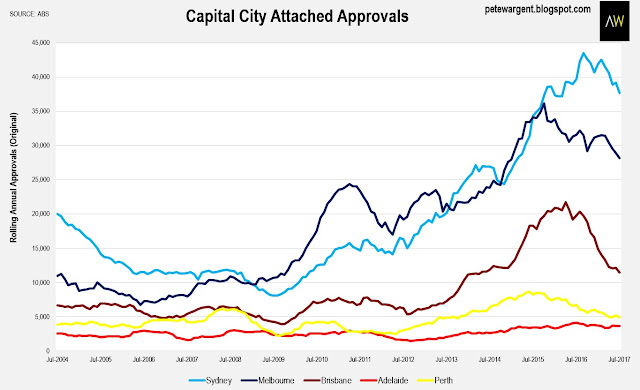 Interestingly much of the recent strength in detached house approvals has been accounted for by the regional centres, as house price growth ripples outwards.

At the capital city level detached housing in Brisbane looks robust, but annual house approvals in fundamentally oversupplied Perth are down by 41 per cent from the cyclical peak of December 2014. 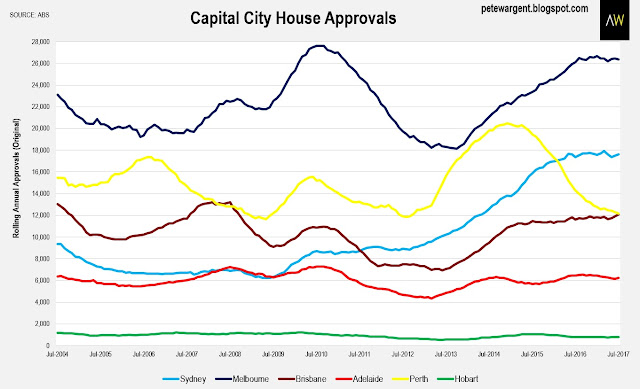 Looking at the composition of dwellings approved shows that in annualised terms high-rise apartments have dropped by a quarter since the heady peak of October 2015.

Indeed, the great bulk of the volatility through this cycle has been driven by the heady combination of low interest rates and a surge of Chinese investor demand for high-rise apartments (which has now gone into reverse gear with local financiers having pulled up stumps).

Lately there has been a shift back towards approvals for more boutique apartment blocks, and especially townhouses. 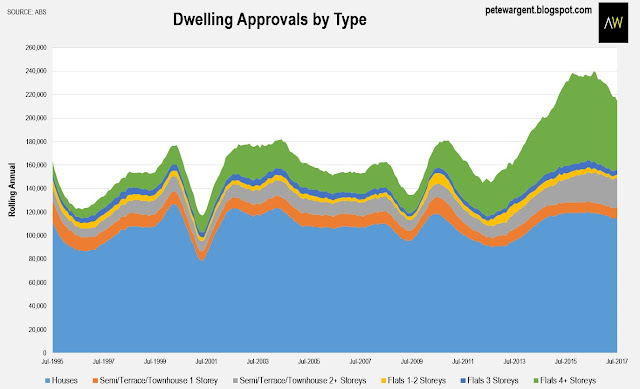 The boom and subsequent bust in high-rise approvals has followed a markedly similar pattern across each of the three most populous states, thus underscoring the point, although demand in Sydney and Melbourne has held stronger for longer. 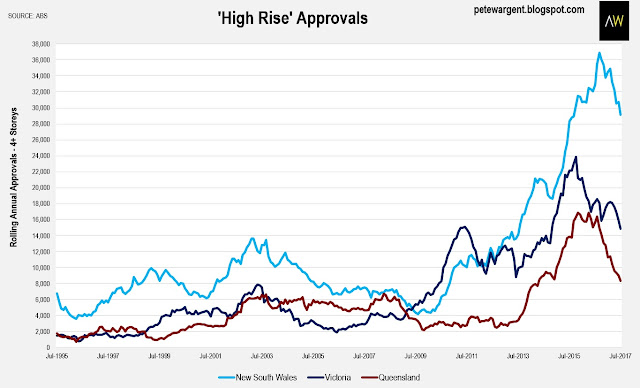 While there have been fears of a disorderly slowdown in construction, the total value of building approvals surged in the month July and has been trending solidly higher for six months, helped along by strengthening performance in the non-residential sector.

In fact, the trend in non-residential approvals smoked a record high in July 2017 - in dollar value terms, if not as a share of GDP - driven by office and education buildings in New South Wales and Victoria.

With public works, infrastructure spend, and engineering construction rising, overall the sector remains in considerably better nick than seemed likely at the back end of last year. 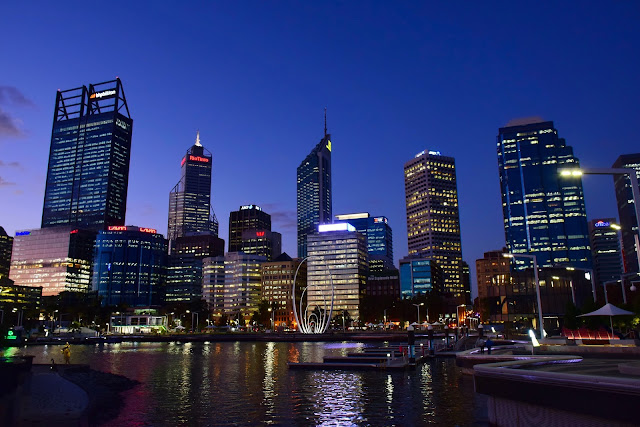