In Melbourne, the risks have receded dramatically, at least for now.

In fact, with the state's estimated populated growth apparently tracking at the highest level in six decades, it would be all but impossible for the market to become 'oversupplied' until this rate of growth in the headcount slows down. 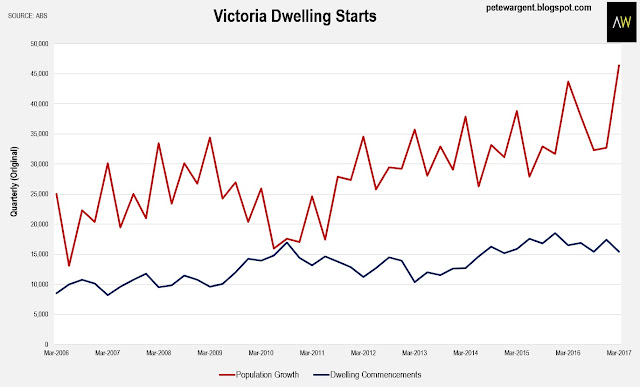 Now Queensland really went on an apartment construction mission from 2014 forth, to the extent that there is a now a clear oversupply of units in some locations, particularly inner city Brisbane, with more supply still to come online.

The latest figures show that although the glut will have an impact for some time to come, the market will right itself eventually.

Indeed, the reacceleration of population growth to +75,400 per annum is exactly what Queensland's housing markets needed to help absorb the stock, while new apartment starts are now understandably and visibly slowing to a crawl. 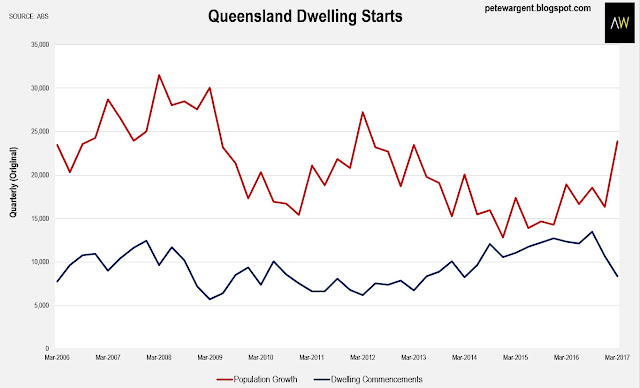 In Hobart, commencements have yet to pick up dramatically, despite electric growth in house prices and rents.

Because the Hobart market demands houses and not apartments, in theory the supply response should come much more quickly (apartment projects can take ages to build, comparatively speaking).

And we know from previous cycles that the market has the potential to deliver much greater supply - but to date it hasn't happened.

Developers from the mainland are not that keen to get involved, perhaps, given the logistical challenges.

I haven't been down to Tassie for a while - and I got seasick when I last went - so I have no feel whatsoever for activity on the ground.

I noted here previously that the 2016 Census confirmed an enormous surge in 25-34 year olds.

Due in part to housing affordability challenges, many are not yet forming households, though they might begin to do so if capital city apartment prices do ever slide in any meaningful way.

ANZ research this week suggested that there is significant latent first homebuyer demand, and ANZ believes that this could potentially keep an effective floor under prices, which is what I concluded from the Census figures back in June too. 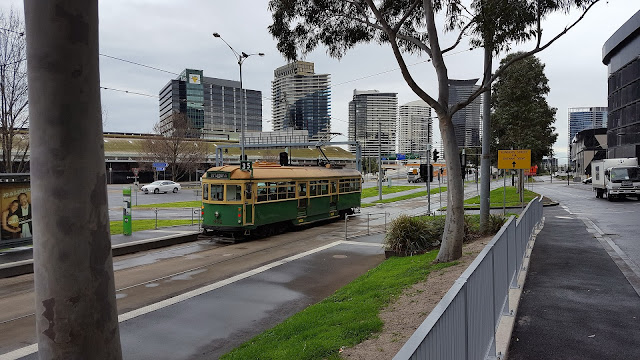