Anecdotally, having spoken to a few mortgage brokers, the word is that mortgage lending has been slowing through August and beyond.

So I'll just add that as a brief addendum to yesterday's post.

While on the subject of leading indicators, ANZ reported that job advertisements jumped again b+2 per cent in August to 181,435.

That now makes it six monthly gains on the bounce. 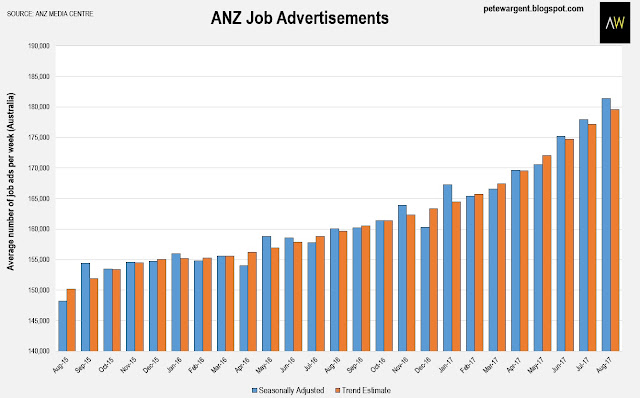 Total advertisements have ripped +13.2 per cent higher since the beginning of the year

And they not sit at the highest level in six years.

And if that happens the unemployment rate is likely to continue its decline.

All measures of vacancies and advertisements have been rising solidly since 2013.