Four times per year we get the unbridled pleasure of the official residential property price indexes.

That now represents a +53 per cent increase in dwelling stock value from the $4.4 trillion recorded at the end of 2011.

I'd take the data series back further, but since it only begins in Q3 of that calendar year, I can't. 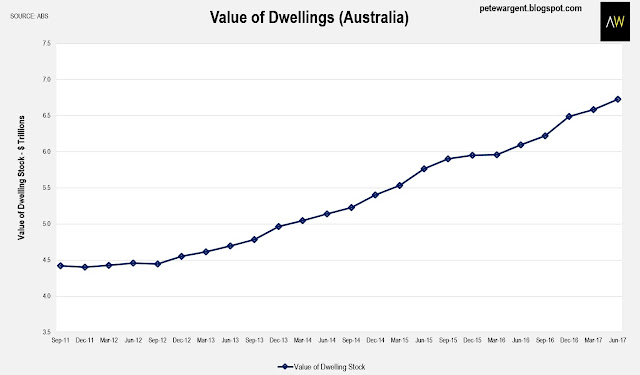 The annual stock value gains were mainly driven by the two most populous states. New South Wales (+$336 billion) and Victoria (+$215 billion) accounted for some 87 per cent of the total increase. 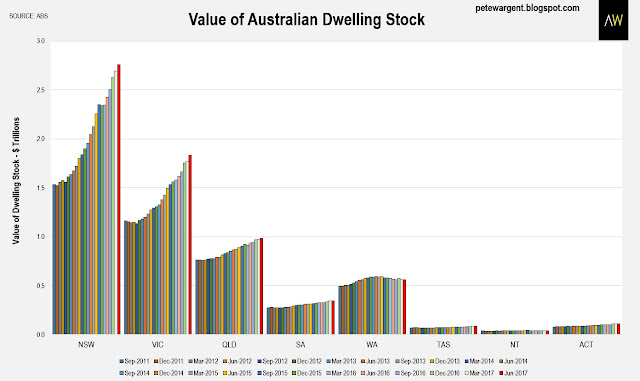 Detached houses have outperformed attached dwellings on average since 2003, reflecting rising land values and a relative scarcity of this dwelling type in the thriving, landlocked suburbs of Sydney and Melbourne. 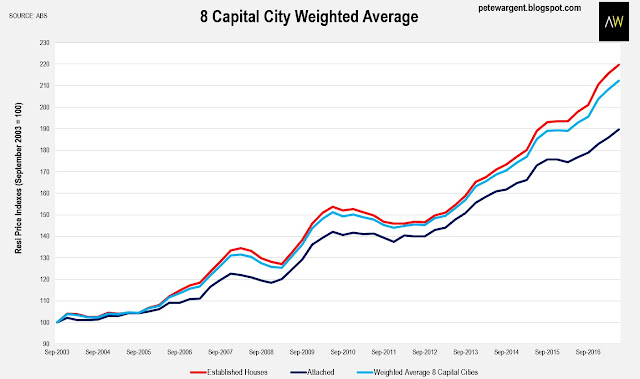 There were strong quarterly residential price index gains in June 2017 for Sydney (+2.3 per cent) and Melbourne (+3 per cent), with those two capital cities recording a twin +13.8 per cent annual increase.

The Reserve Bank of Australia noted in its September Board Minutes released today that Sydney market conditions had eased in recent months, as reflected in softer auction clearance results and various other timelier measures.

Annual price growth in Hobart notched up a pacy +12.4 per cent - with more to come later in the year - while there was steadier price growth in Canberra, Adelaide, and Brisbane.

Perth and Darwin recorded further declines, but the pace of decline has slowed, and more timely measures suggest that conditions appear to be levelling out somewhat in these resources capitals. 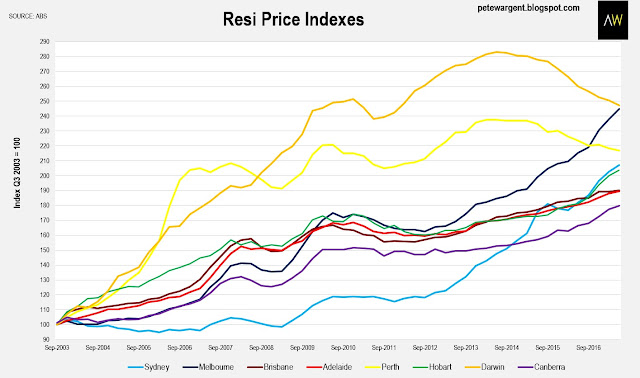 In New South Wales, the mean dwelling price rose to $903,700, possibly helped along by the sale of Sydney's most expensive house in the second quarter of the calendar year (the 'Elaine' estate in Point Piper, which transacted for a lazy $75 million or so - punchy). 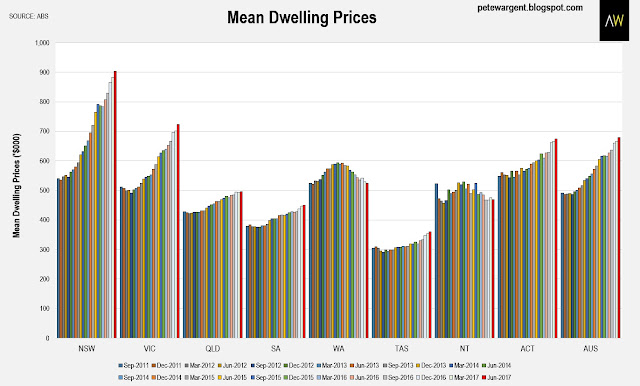 That's now well ahead of the rate of the official population growth, as the supply response hits its straps.

There was a substantial increase of +2.35 per cent in Queensland's dwelling stock in FY2017, or +45,500 additional dwellings, reflecting the high volume of apartment completions in inner city Brisbane and elsewhere. The state population probably grew by ~75,000 over the same period. 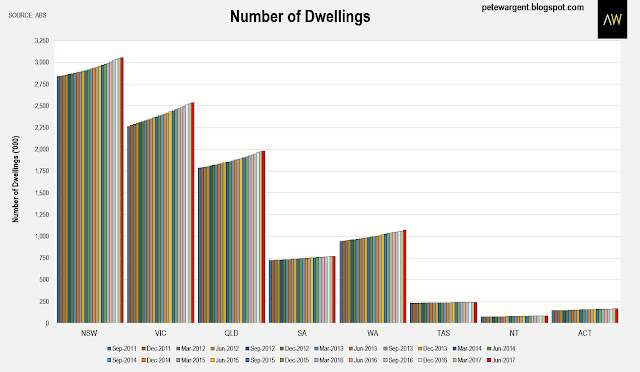 In absolute terms there was a robust uplift in the total dwelling stock of New South Wales (+50,900) and Victoria (+53,500), although in Victoria's case even this record rate of new dwelling construction is not keeping up with rollicking population growth.

As always, the interesting stuff is in the detail, but the overview shows that Melbourne's housing market was still powering along in the second quarter of 2017, while Hobart will glide into top gear in the latter half of the calendar year. 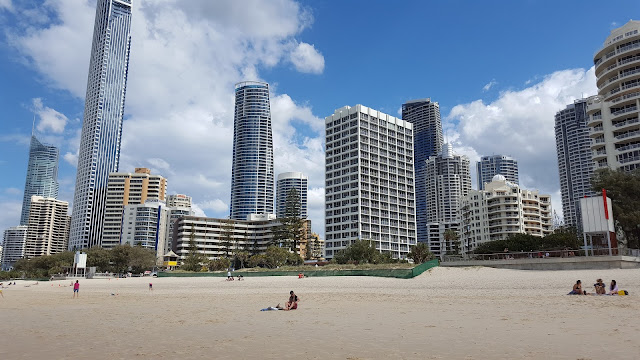