An interesting week indeed for Australian econofans, with an emphatic rebound in engineering construction reported for the second quarter of the calendar year, driven by Western Australian resources projects (or, at least, one project).

Then on Thursday, a +0.8 per cent quarterly increase to $28.3 billion was reported for private new capital expenditure, which is not something we've been able to say too often over the past five years!

The increase was largely driven by a +2.7 per cent uplift in expenditure on plant and equipment to $12.5 billion. 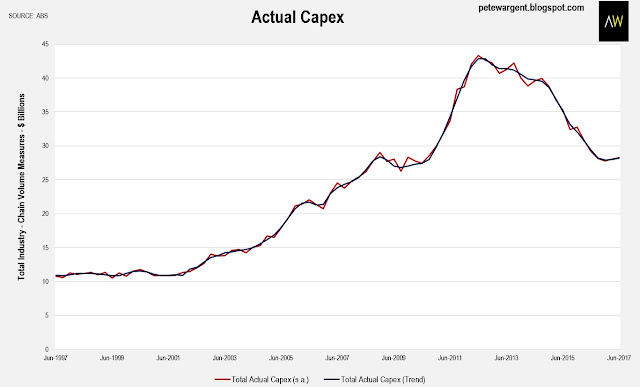 The improvement lately has been as much about a steadying of the resources states as anything else, although Victoria is now seeing a relatively strong expansion in investment.

Only a tiny fraction of the lift in investment in Victoria has been driven by mining or manufacturing, instead being overwhelmingly accounted for by services industries and other sectors. 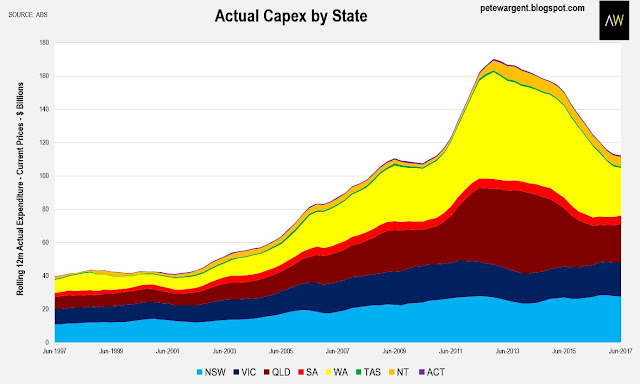 Perhaps more importantly, the outlook is brightening, with a +17.6 jump in the third estimate for FY2017-18 capital expenditure to just under $102 billion (against market expectations of less than $96 billion, so that's a significant beat).

Mining investment plans have lifted - though remaining unsurprisingly as subdued compared to the heady peak - while services and other selected industries are beginning to hit their straps, with an increase of +18.6 per cent on prior year expectations.


AIG's industry surveys, which report on the direction of industry sectors relative to a neutral reading of 50, now record a very strong expansion in the massive services sector (56.4), while manufacturing (59.8) is expanding at the fastest pace in 15 years.

A salient concern in 2016 was that a disorderly drop in residential construction could lead to widespread unemployment and the strong multiplier effect of that industry going into reverse.

And yet the construction sector is now top of the pile, with a survey reading of a blistering 60.5 in July. What gives?

I was down in Sydney this week, and was struck by the burgeoning use of serviced and other office space - you can't help but notice the difference from 2012, when office space was abundant and activity appeared moribund.

Anecdotal, yep, and yet this has become of the key drivers of the construction outlook.

Building approvals for office buildings, educational space, and other commercial construction are absolutely flying in New South Wales and Victoria, sending the annual dollar value of non-residential building approved nationally to the highest level on record. 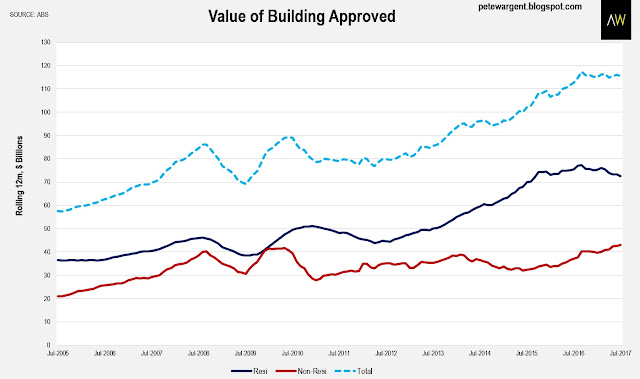 And while high-rise apartment approvals have, as expected, dropped by a quarter, there has been a more sustainable rebalancing towards approvals for townhouses, boutique apartment blocks, and detached housing.


A bit of reluctant credit where it's due, too: the manufacturing surveys pointed to an uplift in infrastructure investment as a key driver of the rebound, responding to the ramp up in budget spend, as I looked at in more detail here. So, a small hat tip for Treasurer ScoMo there, too.

With capital expenditure and engineering construction no longer in material decline after five years of pain, it's fantastic to see the services and manufacturing industries coming to the party to rebalance the economy.

The only people forecasting an imminent recession now are apparently doing so more in hope than expectation, and the unemployment rate is steadily declining back towards the 4 to 5 per cent range.

With almost all indicators pointing to improving rather than deteriorating economic conditions ahead, the economy and our housing markets are moving into a new phase, with the household sector to become the main point of focus.

Specifically there will be a great deal of analysis of household debt, and how households cope with the prospect of a normalisation of interest rates from the end of 2018 forth. 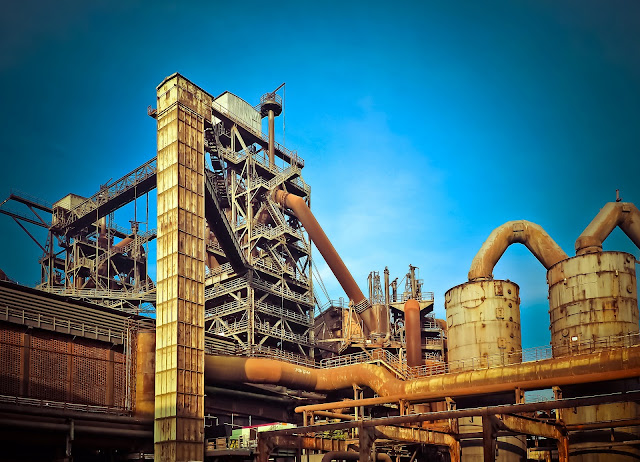