Australia has created an extraordinary ~325,000 jobs over the past year, including a boom over the past six months the like of which arguably hasn't been seen in decades. 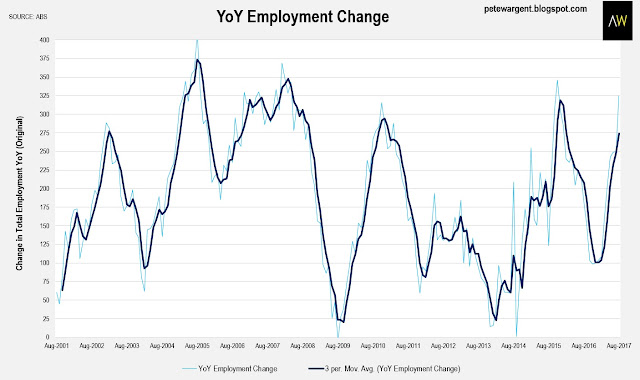 The question is how? And where?

That's been partly driven by apartment construction and the associated multiplier effect, and a swathe of infrastructure projects. 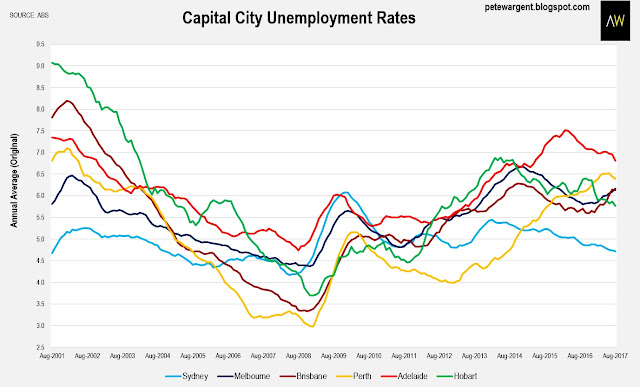 Increasingly Hobart is firing up, adding +6k jobs over the year to August 2017, with the median duration of job search continuing to decline. 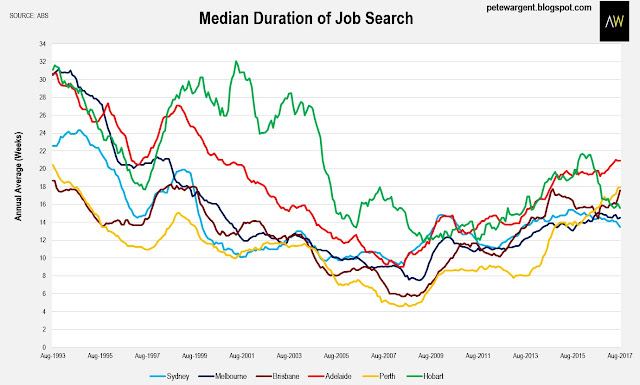 
Gold Coast (+21k) and Sunshine Coast (+12k) have been other contributors to Queensland jobs growth over the past year, presumably driven by tourism, while Toowoomba added a cheeky +5k of new jobs on a net basis.

Emerging from the resources doldrums, meanwhile, Mackay (+10k) and Townsville (+17k) have clearly turned a corner of sorts lately. 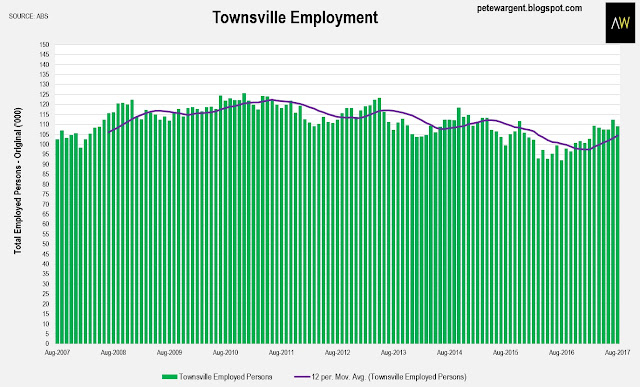 Between them these three industries have created net new employment of +263,000 since August 2016, which really is a huge number.

Alongside tourism, a boom in international students and education has been a shining light of the economy in recent times - at least in terms of quantity, if not quality.

Offsetting this, some professional services and administrative employment has been scaled back. 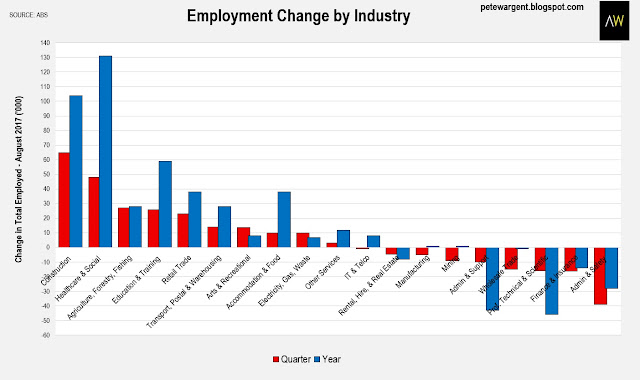 And now total construction employment has elevated further - thanks to a combination of residential and infrastructure projects - to 1,168,000. 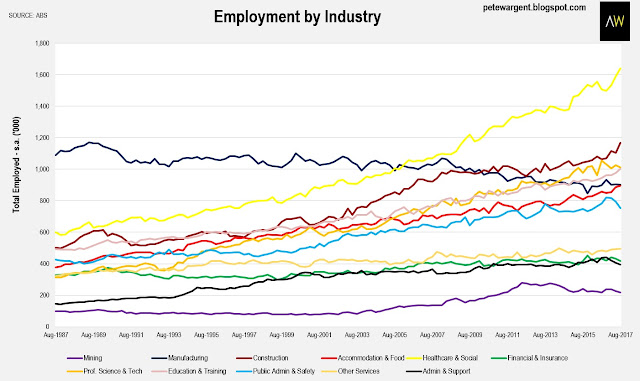 At the industry level, healthcare & social assistance may well continue its structural uptrend, perhaps eventually accounting for ~15 per cent or more of the entire workforce.

Construction now directly accounts for ~9.5 per cent of Australian employment. This is much more surprising, and it's never been higher.

This is why, in my opinion, it may pay to be sceptical about all the casual chatter about rate hikes.

So once the residential building sector inevitably slows over the next year or two, total employment growth could be winching itself down to earth with a big, clumsy thump. 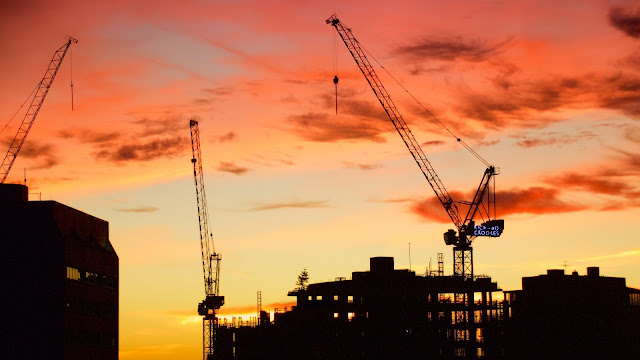