Another prod or two in the eye for the record mortgage stress meme today.

Firstly job ads have fired up to their highest level in 6½ years, while shifts in capacity utilisation rates suggest that this rally can potentially continue towards 2018.

And then there's the improving outlook for Western Australia.

The seasonally adjusted estimate for wages and salaries increased by +1.2 per cent in the June quarter, following a string of poor results.

The gains were largely driven by swelling pay packets in the healthcare (+2.8 per cent), administrative  and support services (+2.2 per cent), and professional, scientific, and technical services industries (+2.0 percent).

This release does not measure the same thing as the wage price index - rather this is a measure of gross earnings before tax, plus employee entitlements - although many similar trends are mirrored over time.

What the figures show is a tremendously weak period over recent years.

But a quarterly lift of +1.2 per cent is not too shabby at all, though we'll need to wait and see whether the rebound is sustained as the year rolls on. 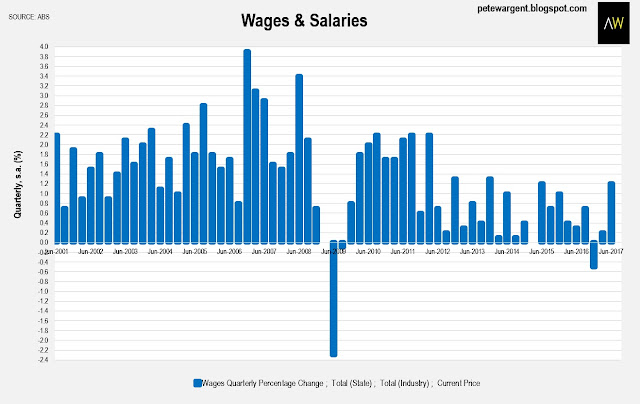 Don't get me wrong, I'm the first to have a good old whinge when things aren't looking so bright, but at the moment most indicators are generally improving.

The major test will come when mortgage lending and residential construction slow in tandem, though my guess is that banks and other lenders will loosen mortgage rates at the first sign of declining dwelling prices in Sydney or Melbourne.

Funding costs are, after all, incredibly low, and banks have been racking up colossal profits.

Elsewhere in the release it was noted that inventories will suck a fair hole out of the GDP result this quarter, though the likely upbeat public demand figures are not due out until tomorrow.

In other news, I sense a somewhat justified shitstorm of a debate about immigration rates is in the post this week.

The truth is that the statistician's figures prior to September 2006 don't readily compare with today's figures (and in all fairness, though aware of the methodology change, I've been guilty of failing to point this out each time I post charts).

For the sake of clarity, I think I'll just post like-for-like numbers from 2006 going forward.

It's important to note that estimated resident population figures are just that - estimates - and furthermore you can never really predict who is going to be physically present in Australia, or what their plans might be between Censuses.

Indeed, my own family spends several months of each year out of the country, sometimes more, and I often quip to my wife while boarding with Qantas that this may not be accurately captured by ABS 3401.0 (I normally get crickets in response, perhaps understandably).

As I type this I'm in the outer environs of London, so I'm not physically present in Australia.

Essentially I'm a part time resident of Australia, but since my plans are often different from one year to the next, this sort of behaviour presents a tremendous challenge to the official statistics.

I'm an Australian citizen, pay tax in Australia, own properties in Australia, and if anyone asks I live in Brisbane...but sometimes I'm not always there. How on earth to classify?

Putting all vested interests aside, the rate of permanent immigration into Australia isn't especially high against historical averages when assessed in percentage terms, though in absolute terms the figure is tracking at a reasonably rapid run rate.

Moreover, a foremost challenge is that while population growth has either faded or been weak in Perth, Darwin, Adelaide, Hobart, and almost without exception every regional centre in the country, on the other hand Melbourne (and more recently Brisbane) has been sucking in migrants internally at an electric pace, while also attracting a high number of immigrants from overseas.

In other words, there's a concentration issue afoot. We have similar challenges right here in little old England. 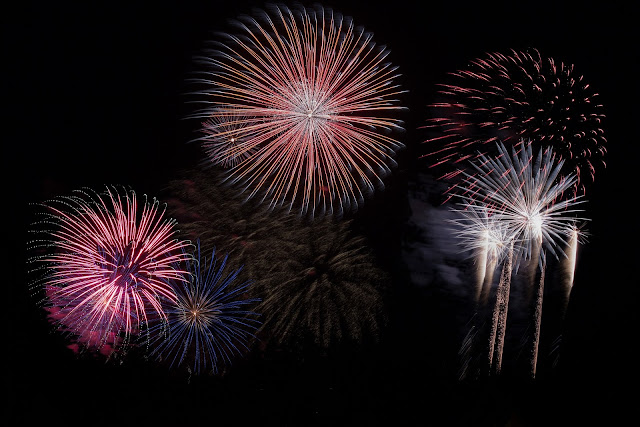