Home loans back in favour

There are several possible risks facing Australia's housing markets: a change in sentiment leading people to stop buying homes, the crackdown on investor lending, rising interest rates, and a glut of new homes to be absorbed.

I heard Tapas Strickland of NAB note that he just can't see a meaningful housing correction coming looking at the fundamentals, and on today's evidence he will be proven right.

A couple of dozen lenders have dropped their mortgage rates since July 1 to entice homebuyers back into the market, and even by the end of July this was clearly working.

Not only have homebuyers not shunned the market, they are coming back in droves, with the number of owner-occupier commitments excluding refinancing surging 4.5 per cent higher in July, with the trend result rising to the highest level since the financial crisis stimulus. 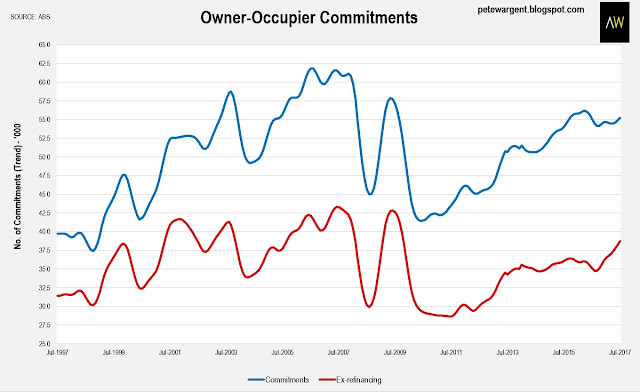 Loans for the purchase of established dwellings jumped 5 per cent in July, and average loan sizes are gently trending to new highs too. 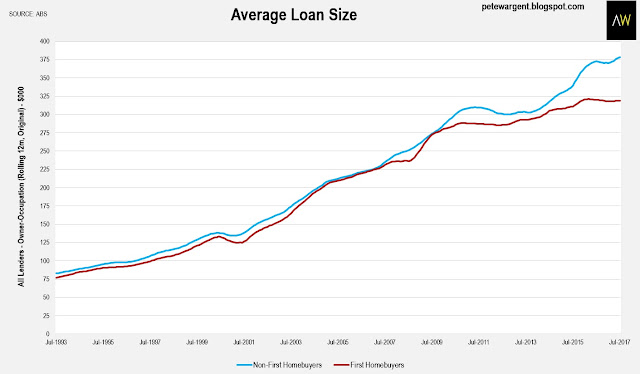 As a result, owner-occupier commitments rose to a record high in July 2017, helping to offset a 7-month decline in investor loans, with total monthly housing finance still tracking at around $33 billion. 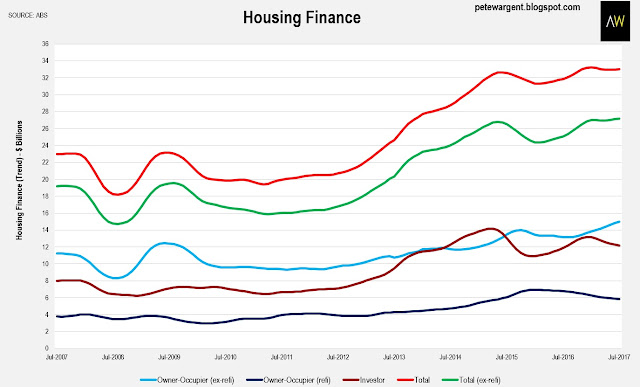 First homebuyer incentives are also back in play from July 2017 forth, and the number of first homebuyer loans immediately rose to the highest level in 44 months. 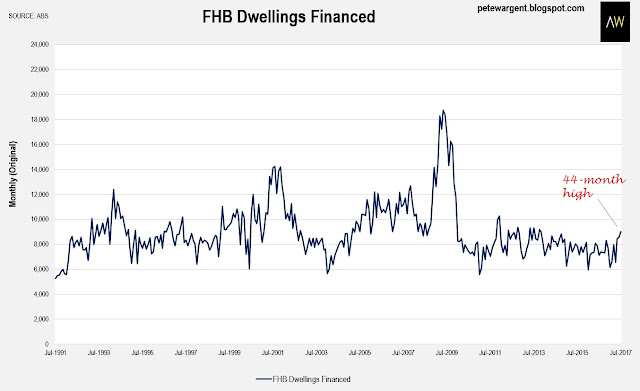 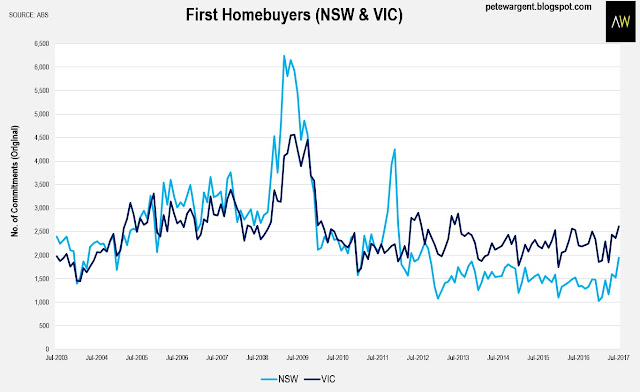 In fact, my state level analysis, not posted here, shows that homebuyers in Victoria are by far the most ebullient of all states and territories, with new loan activity in New South Wales also rising.

Finally, as for the glut of new stock, there was upbeat news here too, with the number of homebuyers financing new dwellings accelerating to the highest level in 38 years. 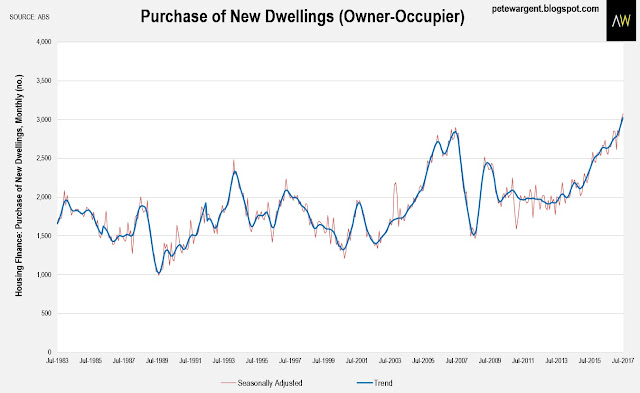 New home sales are trending down, suggesting that the rate of construction will fall over the next few years, but on this evidence homebuyers will gladly mop up the new stock as it's released to the market (on the flip side, taxes will slow buyers from offshore investors, while domestic investors are finding it harder to access credit).

A lot of people seem frustrated by this, but the housing juggernaut does not conform to ideologies, and for now it continues to power on. 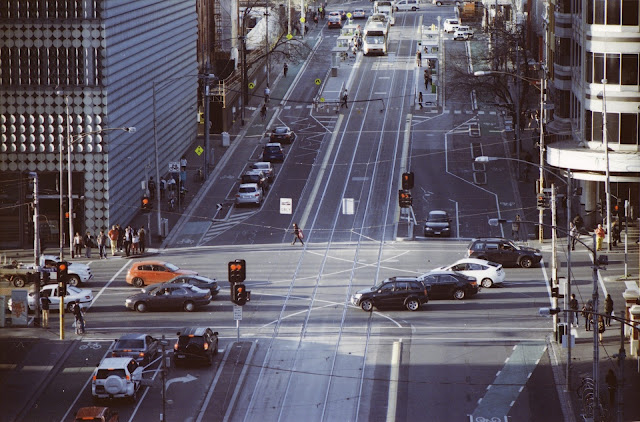