Commodities back in favour

Further evidence that the mining cliff is over as metres drilled for mineral boomed by +28 per cent year-on-year in the June 2017 quarter.

Estimated dollars spent on minerals exploration increased by a similarly impressive +26 per cent. 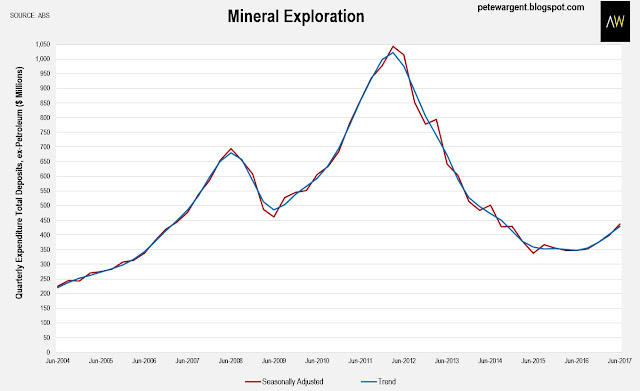 The recent rebound has been driven by base metals and is reflected most other minerals - but over a couple of years especially gold exploration - which is great news for Western Australia. 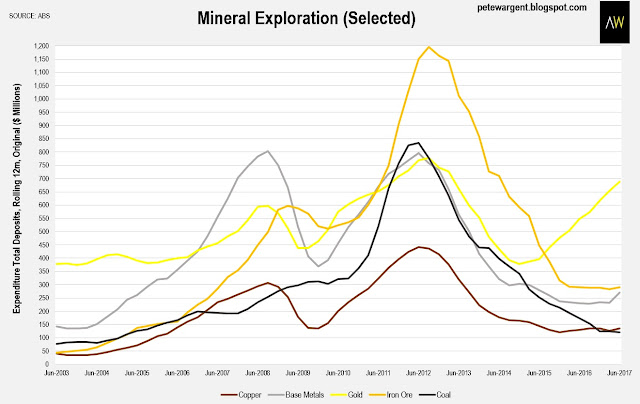 In fact, if you're betting on a WA recovery, you're now looking pretty good from here. 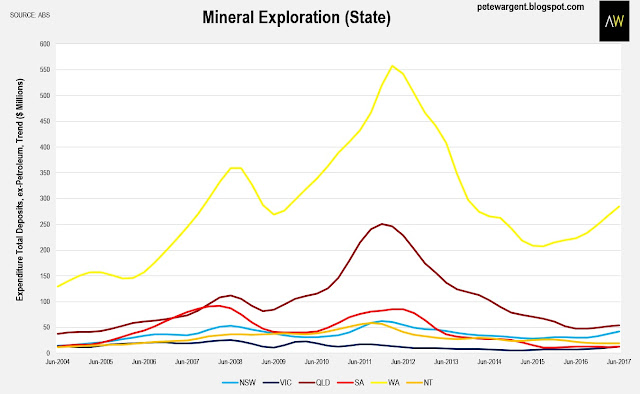 That's the best quarterly result since 2013 for Western Australia, with plenty more in the post from iron ore drilling and exploration to come.

Some light at the end of the tunnel for WA at last? 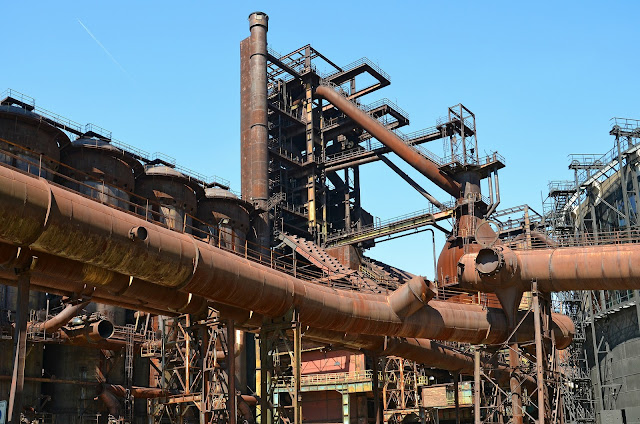