Employment growth shattered expectations with an 11th consecutive monthly gain, tearing up by +54,200 in August, including another +40,100 surge in full-time employment.

It's a case of choose your favourite statistic here: more than quarter a million jobs created in six months would have to be one of the most impressive, while annual full-time employment growth is now at a scorching +3.1 per cent. Golly! 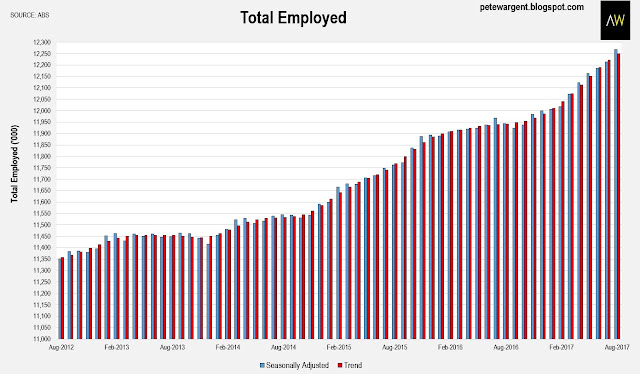 Over the past year employment has lifted by +325,600 or +2.73 per cent, and if rising job advertisements prove to be a worthy indicator, then calendar 2017 could yet be Australia's greatest ever year for employment growth. 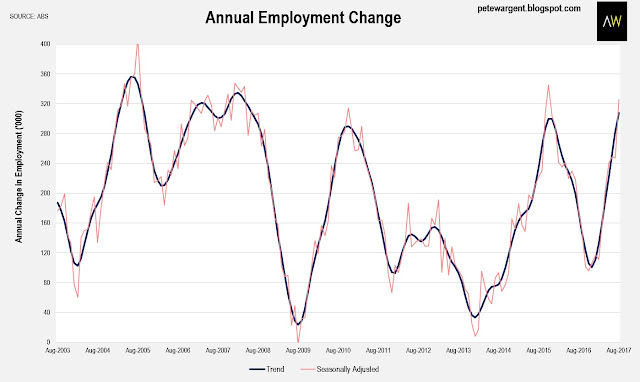 Most of the jobs have been created in New South Wales (+71,600 over the year to August 2017) and Victoria (+95,500) until lately. But after a protracted lull, Queensland is now the surprise package (+95,400), albeit largely driven by part-time employment. 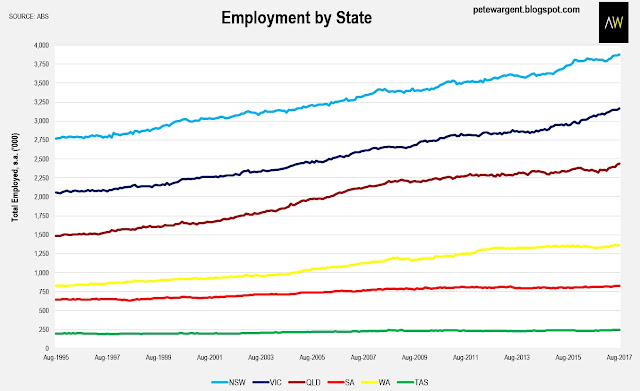 The detailed figures will confirm in due course, but infrastructure has been a likely creator of jobs, along with the tourism and education boom, and healthcare.


There were sizeable drops in the seasonally adjusted unemployment rates in Queensland (5.7 per cent) and South Australia (5.7 per cent), while the smoother trend figures continue to show daylight between New South Wales (4.9 per cent) and the rest. 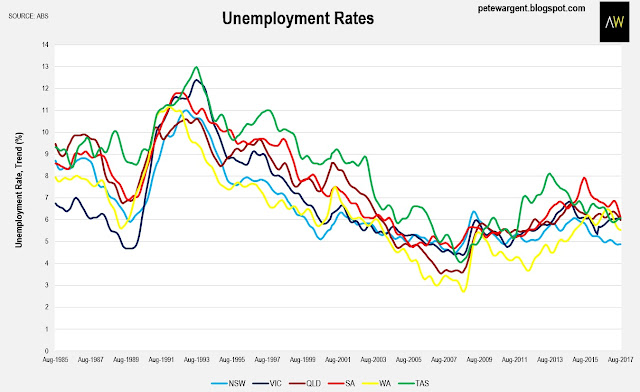 There has been a substantial lift in the participation rate from 64.6 per cent to 65.3 per cent so far in 2017, a useful indicator of labour market strength, with female participation now at the highest level on record. The employment to population ratio is also now at its highest level in nearly half a decade at 61.6 per cent.

Accordingly inroads into the headline unemployment rate have been somewhat muted, although the trend has been down over the past three years or so. 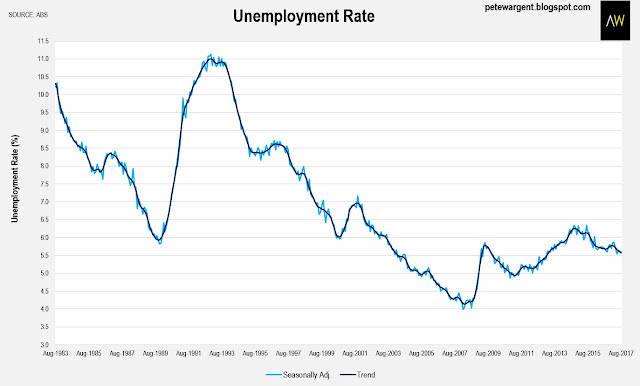 Finally the trend in monthly hours worked shows a +2.7 per cent annual lift, which is the best growth in 6.5 years. 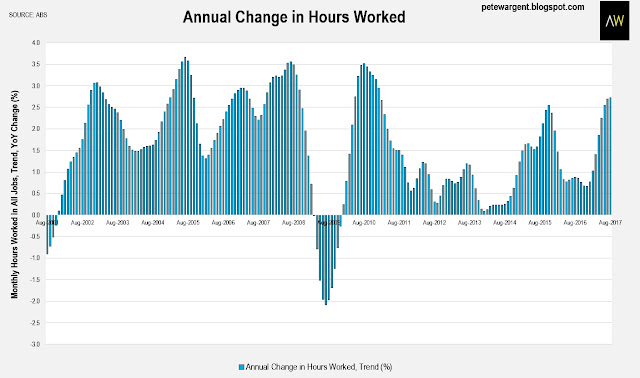 Overall, this was a huge result, with welcome improvements for Queensland and South Australia, although scepticism remains as to whether this rate of employment growth can continue into 2018.

Underemployment and underutilisation both fell over the three months to August. A fair amount of slack, but still, a very good report. 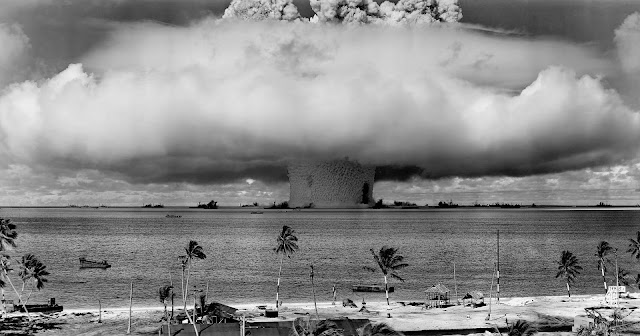