Seasonally adjusted building approvals dropped by 5.6 per cent in May to 16,448, which is nearly 20 per cent lower than a year ago.

Attached dwelling approvals dropped by just over 12 per cent in the month to be 31.3 per cent lower than a year earlier. 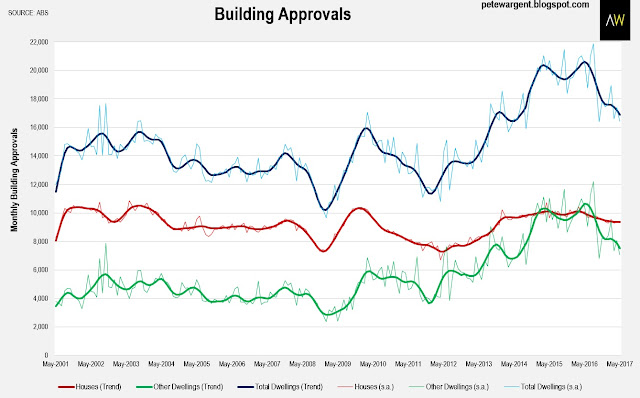 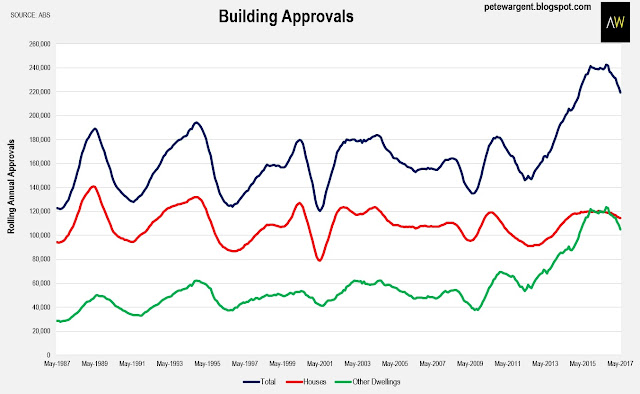 At the capital city level annual house building permits in Perth have declined by some 39 per cent since the end of 2014, although they now appear to be getting somewhere close to finding a base. 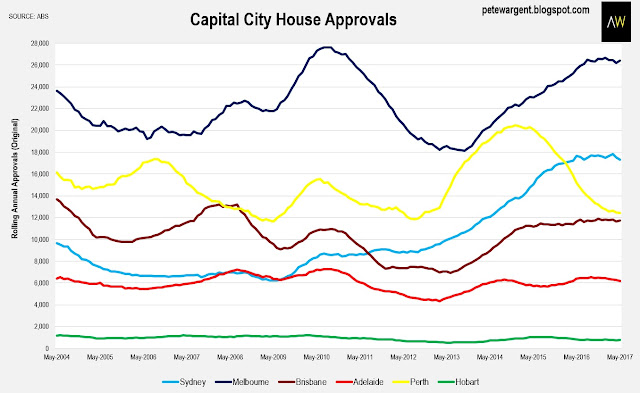 Looking at attached dwellings, there was a very sharp drop in the monthly number of approvals in Sydney, at less than half the level seen in the same month of last year.

Meanwhile in annual terms attached dwelling approvals in sunny Brisbane are now 41 per cent lower than the February 2016 peak, and are still fading fast. 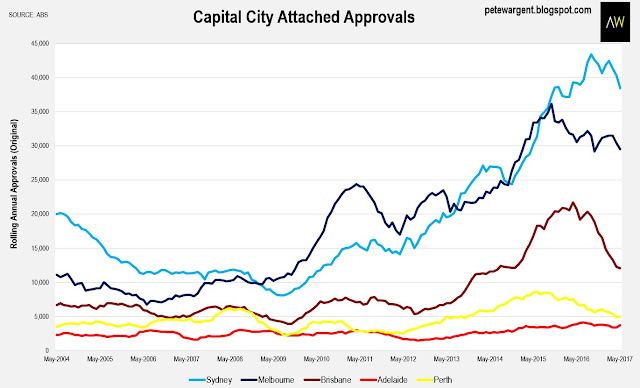 Dream over for high-rise boom

At the sectoral level, it's clear that approvals for tower blocks are dropping away hard. 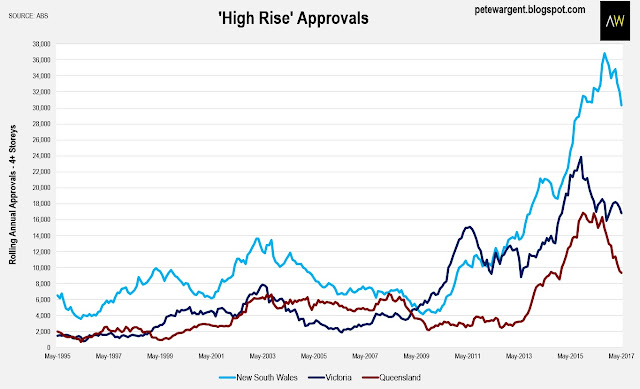 But actually the decline in annual approvals is quite broad-based, with only semis/terraces, and flats of 1-2 storeys recording modest gains lately. 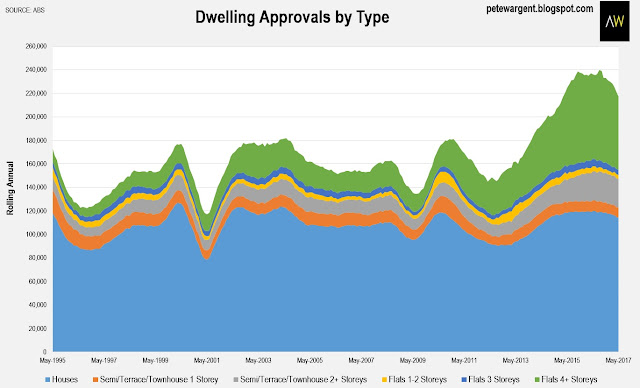 While not unexpected, these quite sharp declines are now setting in for building approvals, driven largely by fewer house approvals in Perth, and the glut of high-rise apartments in inner city Brisbane.

The pipeline of residential construction remains substantial, of course, but the trend in permits doesn't augur particularly well for employment in the sector (or indeed for the associated multiplier effect) in 2019.

CoreLogic reported earlier today that rents in Sydney are now rising at well over 2.5 times the underlying national rate of inflation, and not too far behind that pace in Melbourne.

This represents a marked shift from the moderate rental price growth reported in 2016, and may reflect tighter restrictions on investor credit and serviceability. 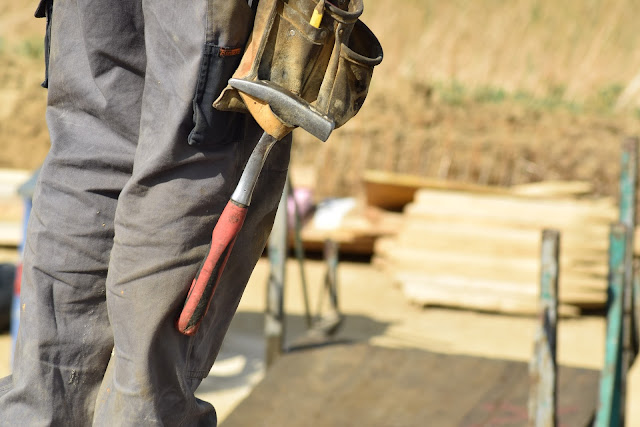