Towards the back end of last week, the ABS reported that export prices dipped by -5.7 per cent in the second quarter of 2017.

Nevertheless, export prices remain some +22.5 per cent higher than a year ago. 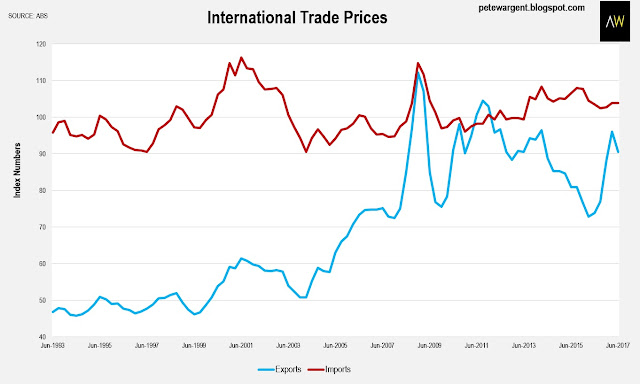 Moreover, there is potentially a solid rebound in the post for Q3, driven by the bulk commodities.

In other news, the ABS also confirmed minimal inflationary pressures in its producer prices index release. 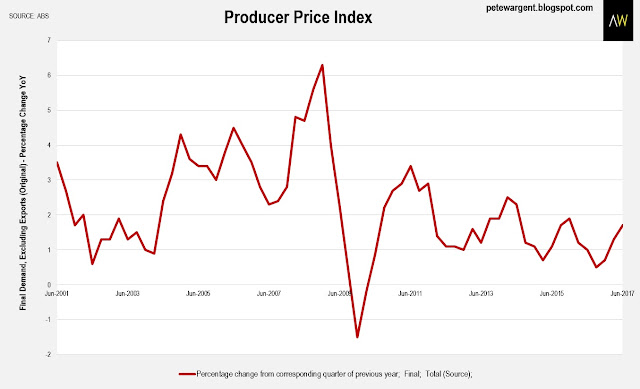 There's no doubting that the Reserve Bank will leave rates on hold at its August meeting this week.

Attention will be diverted to some other news instead.

Real retail sales are expected by market forecasts to come in with a strong +1.2 per cent result for the June quarter, with possible risks to the upside on a weak deflator.

There has been an improvement in retail momentum in recent months.

Thus, the economy is shaping up for a decent run in 2017.

The greater challenge will come in 2018 when residential construction slows.

Wednesday's building approvals figures are expected to throw out a solid result for the month of June, especially for the sectors that aren't high-rise apartments.

Even so, ongoing weakness in Perth and in apartments in Brisbane should be enough to keep the downtrend intact, with dwelling starts to slow over the year ahead. 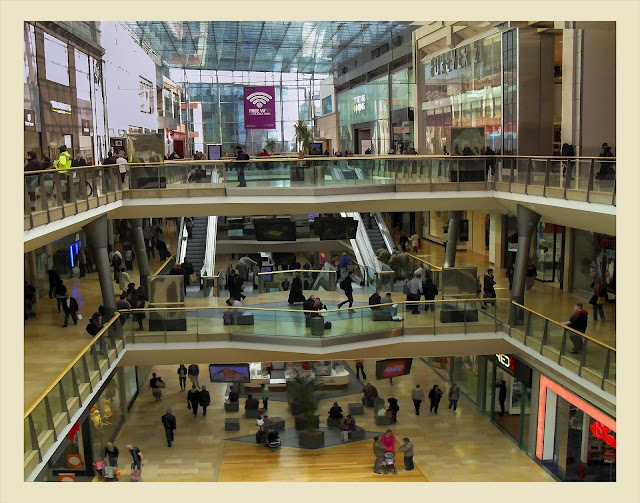