My housing supply dashboard showed how dwelling completions have been tracking well ahead of population growth in Western Australia.

And now SQM Research has reported that vacancy rates in Perth rose again to 5 per cent in June, in turn suggesting that Perth's property downturn still has a way to run. 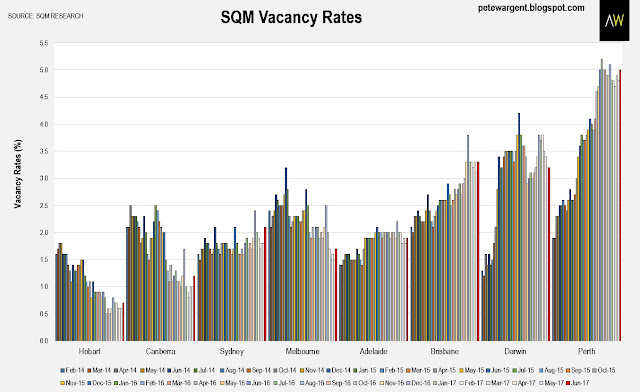 The below chart smooths vacancy rates on a 6mMA basis.

While not a true reflection of 'trend', since it doesn't account for the higher vacancy rates typically experienced over the Christmas period, it does show that Perth and Darwin have experienced consistently elevated vacancies since the peak of the resources construction boom. 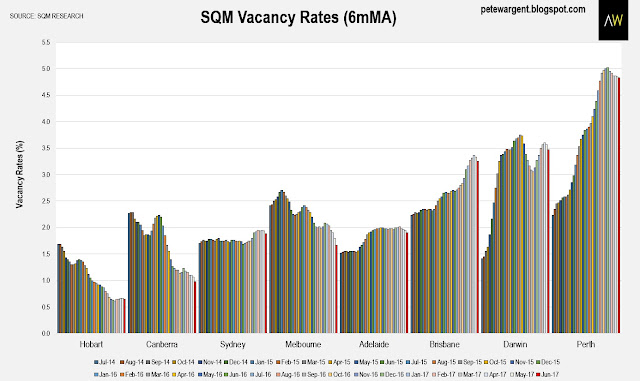 Asking rents for houses in Perth have declined by 6 per cent over the past year, while in Darwin the equivalent figure is as high as 11 per cent.

Record apartment completions have taken some heat out of asking rents in Sydney and Melbourne -with Melbourne vacancy rates bouncing off 7-year lows - though apartment rents remain higher year-on-year in both of the most populous capital cities by 3 per cent and 6 per cent respectively.

The average asking rent for a 3-bedroom house in Sydney is now $725/week, and for units the figure is $522/week.

Vacancy rates remain tight in Canberra at 1.2 per cent, and extremely tight in Hobart at 0.7 per cent, leading to soaring rents for houses in the Tasmanian capital. 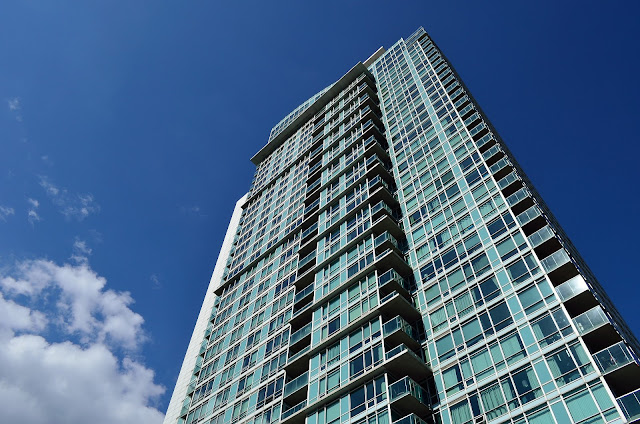