Apartment prices rose much faster, up by a ripping +3.2 per cent to a fresh record high of $757,991, as affordability bites on the detached housing market.

Unit rents also jumped from $530/week to $550/week, to now match the median rental for a house in the harbour city.

Over the same period house rents have only increased by +10 per cent to $550/week.

Although this may seem illogical, generally speaking more units are located close to the city than houses.

There's a rather different dynamic underway in Brisbane's new apartment market, as I discussed with Domain here (or click image below). 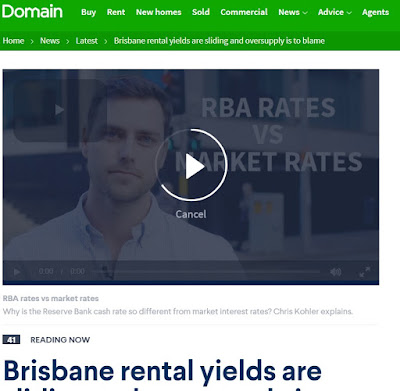