Australia's international trade balance surged back to a seasonally adjusted surplus of $2.47 billion in May, having recorded a revised surplus of only $90 million in Cyclone-impacted April. 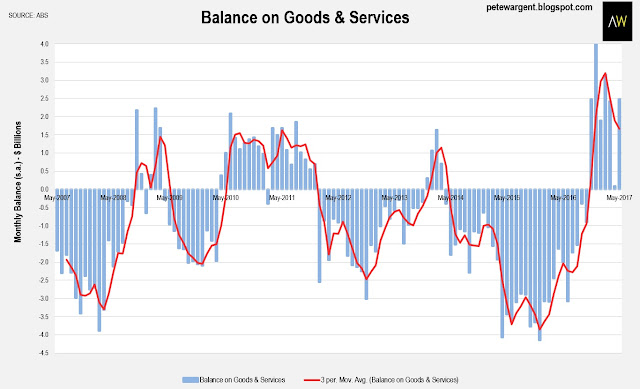 While the iron ore price was well down in May, there was a significant rebound in coal exports as the weather improved, and as expected the value of LNG exports surged to a new record high. 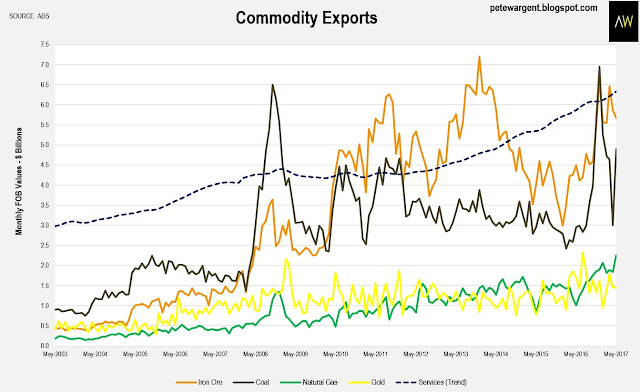 Annual merchandise exports from Western Australia hit a 27-month high, while Gladstone LNG has also helped to drive the value of Queensland exports to record levels. 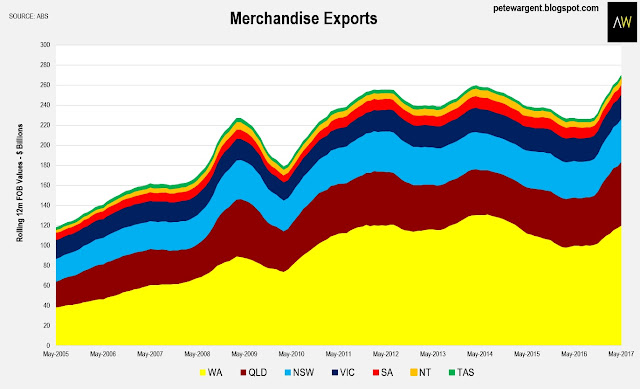 Exports to China have bolted towards a record high, so Australia is beginning to post some reasonably impressive export numbers after a shaky few years. 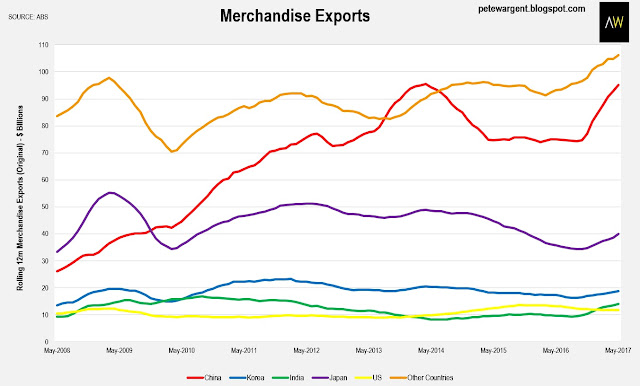 And this dynamic is mirrored in wider trade surpluses in the resources states. 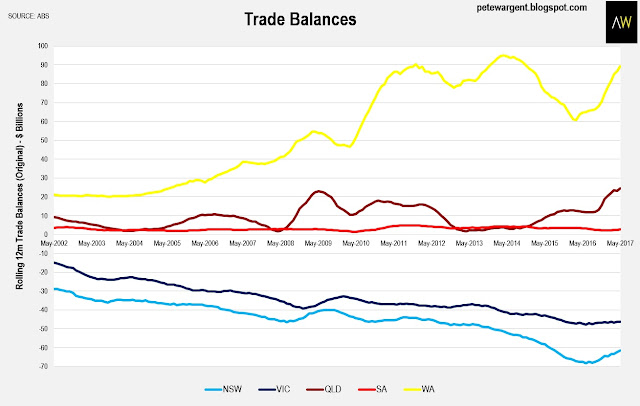 Finally, tourism is also thriving in the lower dollar environment, which is another net positive for Queensland. 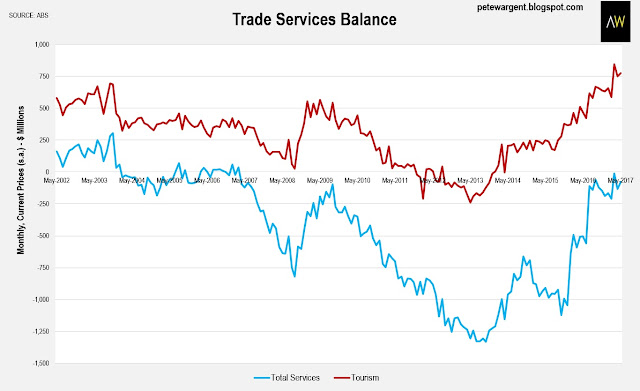 Overall, it was good to see a strong rebound for export values, which was reflected in a larger trader surplus.

However, export volumes will struggle across the second quarter as a whole, due to the disruptive impact of Cyclone Debbie.