Seasonally adjusted employment increased by +14,000 in June according to the ABS, with full-time employment soaring by an outlandish +62,000.

Rather noisy monthly figures, of course, but full-time employment has now increased by +187,000 since September 2016, which represents a marked improvement. 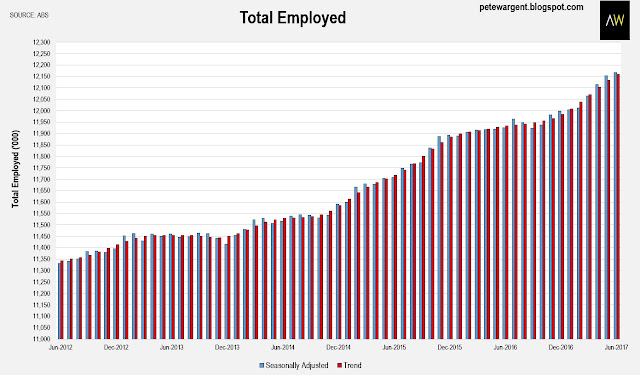 Annually total employment was up by +240,200 or +2.0 per cent, which is quite a way ahead of the rate required to absorb population growth. 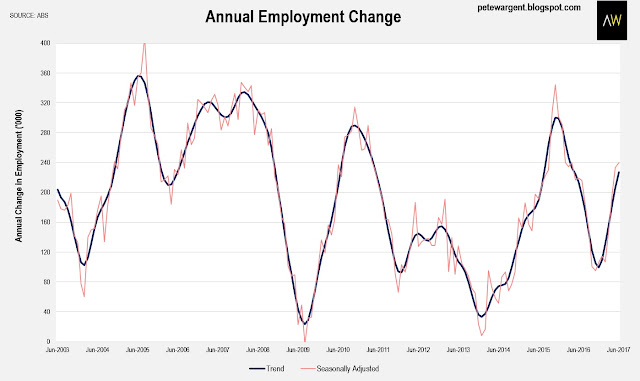 The unemployment rate was 5.6 per cent, with the number of unemployed persons up a notch to 728,100. 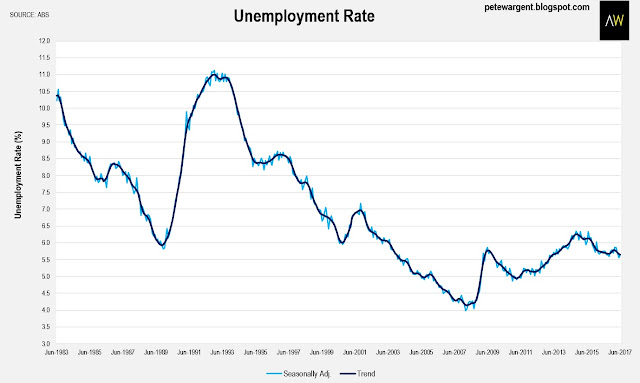 Perhaps the most sanguine measure of how the labour force is travelling is to look at the annual change in the number of hours worked, which has increased by 3+.3 per cent over the past year, or +2.4 per cent on the smoother trend series. 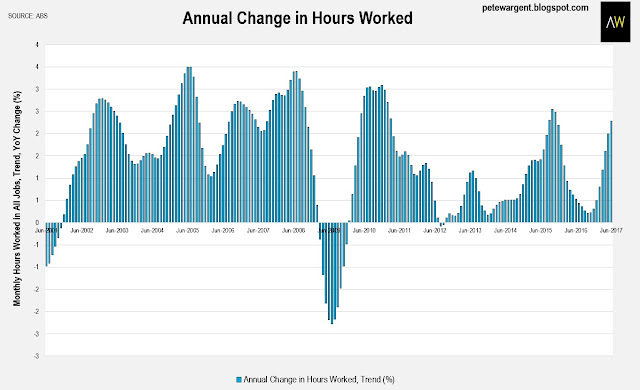 In short, there has been a steady improvement since November 2016, following a period of apparent stagnation.


At the state level Victoria continues to add the most jobs on an annualised basis at +97,800 - as it needs to, given record population growth - with Queensland next up, adding +44,600.

Western Australia saw a net increase in employment of +29,500, which should in turn see the unemployment rate falling as net interstate migration has seen thousands returning to the eastern states. 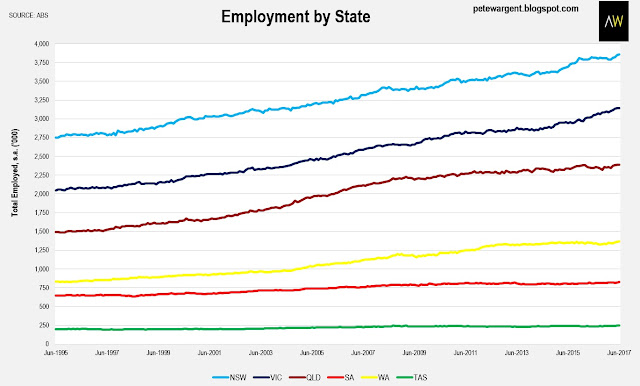 After hitting an apparent plateau, employment in New South Wales is off and running again with total employment rising by +42,800 over the past quarter sending the trend unemployment rate to its lowest level since 2008 at just 4.75 per cent.

Small wonder that mortgage arrears are so low and still declining in Sydney. 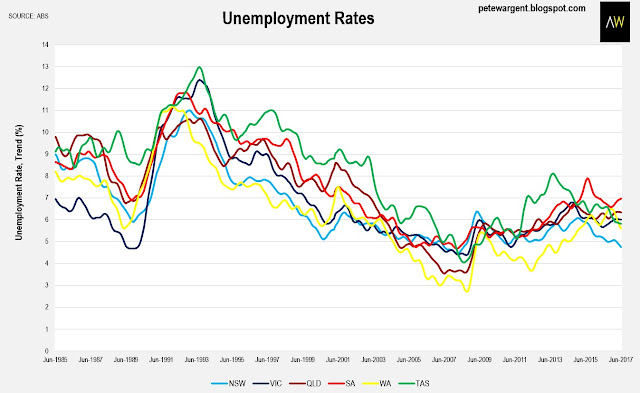 At the other end of the spectrum, employment has now been trending down in the Northern Territory for four months, and the resident population may also be following this trend into decline.

South Australia has the highest trend unemployment rate at 7 per cent.

Overall, and looking through the monthly noise, it was a pretty good result, consistent with gradually improving conditions. 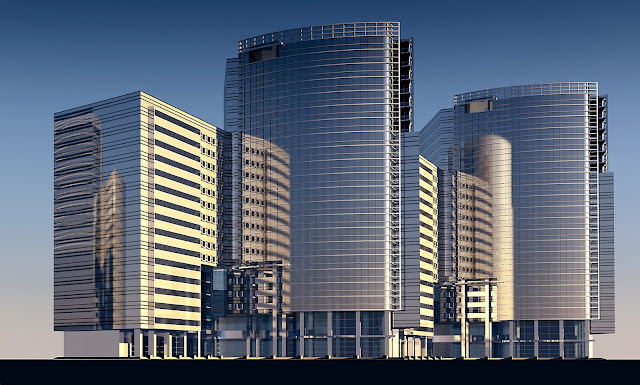