There have been quite a lot of headline-grabbing articles in recent weeks and months about the all-time record high severity of household financial stress, and so on.

If that is true then it hasn't manifested itself in mortgage defaults, which overall remain pretty low outside a handful of hotspots.

It's true that investment mortgages have seen rates tweaked higher, but the reality is that mortgage arrears on investment loans remain very low - and indeed much lower than arrears on home loans - although there has been a recent increase in Western Australia and parts of regional Queensland. 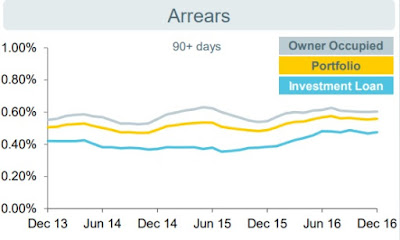 This generally mirrors the figures on personal insolvencies, with Western Australia in a concerning uptrend.

The Reserve Bank of Australia (RBA) has shown that although gross household debt has increased, net household debt to income ratios after accounting for record high currency and deposits have actually eased across much of the past decade.

Credit where it's due

At the end of each month the RBA's Financial Aggregates figures are analysed here, and these have consistently been recording that personal credit growth to be falling, and quite sharply of late. 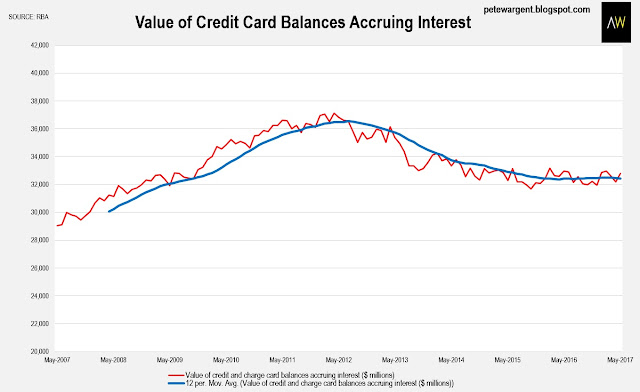 The average credit card balance accruing interest has fallen by 21 per cent since April 2012. 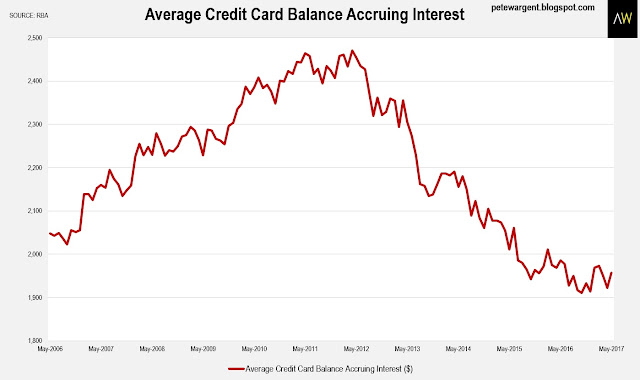 And the proportion of credit card limits being actually used sits well below the average for the last decade-and-a-half. 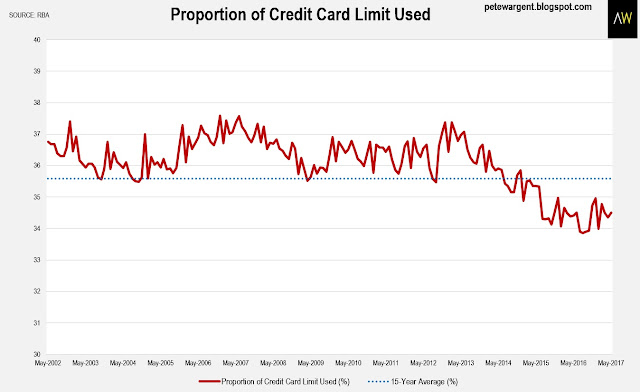 Nothing too arousing going on here.

Of course, these are just a few of the data sources and indicators, and by rights all should be considered.

The ABS also released its Lending Finance figures last week for May 2017, and these showed that personal borrowing is way down (although there has been a recent jump in lending for home renovations).

In fact, non-housing loan commitments have now nosedived to their lowest level since 2002! 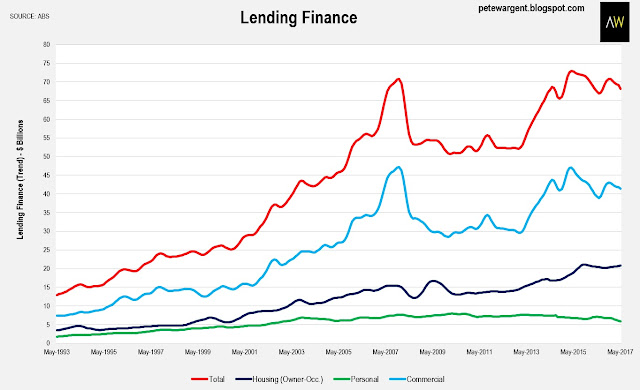 If households were truly experiencing financial stress in aggregate, then debt consolidation and refinancing would likely be trending upwards, yet Commsec's analysis showed that as a share of finance commitments these segments are now tracking at the lowest level since the beginning of the century.

Despite the high level of gross household debt, there appear to be few signs of financial stress in these figures, and arguably ex-housing the signals suggest a positively conservative approach towards the reduction of other forms of debt.

Perhaps just as importantly, the unemployment rate has generally been trending lower now for 31 months.

Maybe it's time for commentary to reflect a bit more of these facts, rather than fitting the prevailing narrative... 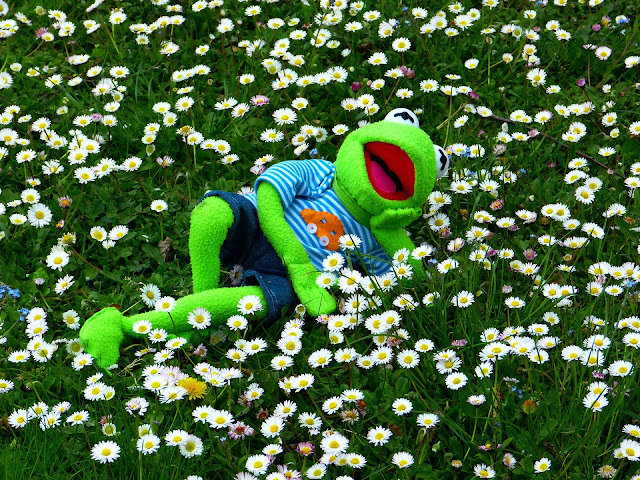