Kiwis trickling back to Oz

Statistics New Zealand reported that net annual migration into NZ hit another record high over the year to June 2017 at +72,300.

Annual net migration into NZ has been increasing steadily since 2012, but over the past three years has surged to record highs, despite a recent pullback in Indian student visa arrivals.

While the boom has been driven by Chinese migrants, as well as a big uplift in Brits and South Africans, the number of Australian migrants to New Zealand has now passed its peak, if only just. 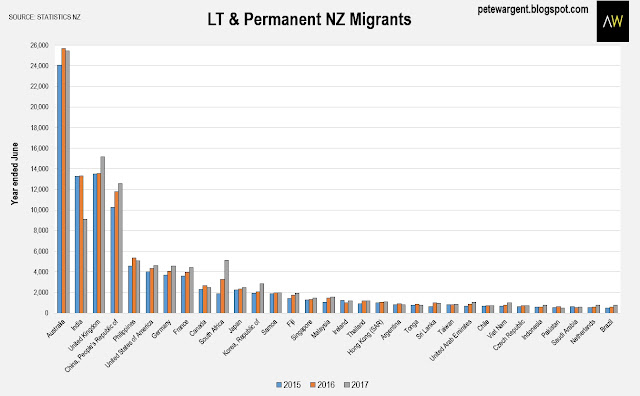 Through the peak of the mining boom Kiwis were moving to Australia in droves, lured by high wages and labour shortages in the resources states.

In recent times this trend reversed as New Zealand's unemployment rate fell, and a shortage of domestic construction workers arose due to the rebuilding of Christchurch.

Through the first six months of 2017, however, Kiwis have been very steadily trickling back towards Australia, at least on a net basis. 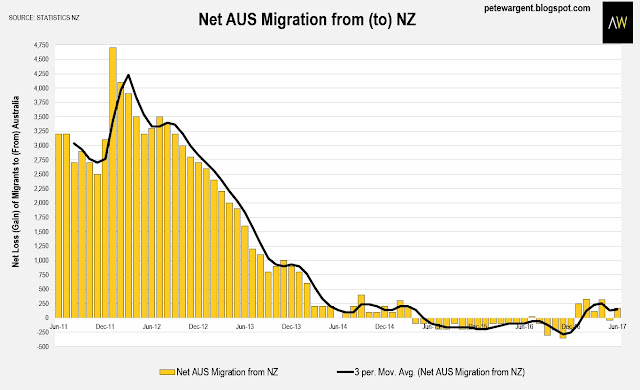 At the beginning of the year I noted that there were nearly 2 million temporary visa holders in Australia, including over 677,000 New Zealanders as subclass 444 visa holders.

In particular, the number of student visa holders has been powering ahead, helping in part to explain why the feared apartment oversupply in Melbourne has failed to materialise as expected. 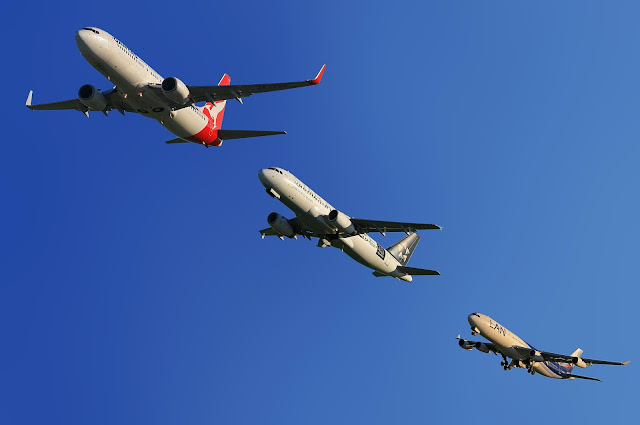