Building boom was the biggest ever; but it's ending

It's been Australia's greatest ever building boom, but the end of the boom is nigh. Let's take a run through the latest numbers released this morning in the usual three parts.

Seasonally adjusted housing starts fell sharply by 11 per cent to 50,395 in the March quarter, to be 19 per cent lower over the year, with unit commencements down by a thumping 29 per cent year-on-year.

When plotting the smoother trend figures the drop doesn't look quite so dramatic, but nevertheless the downturn is underway. 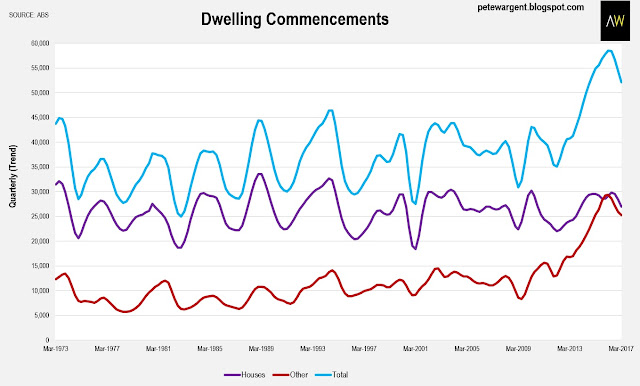 The main driver of the drop has been Queensland, particularly Brisbane apartment starts which have dropped off a cliff since March 2016. 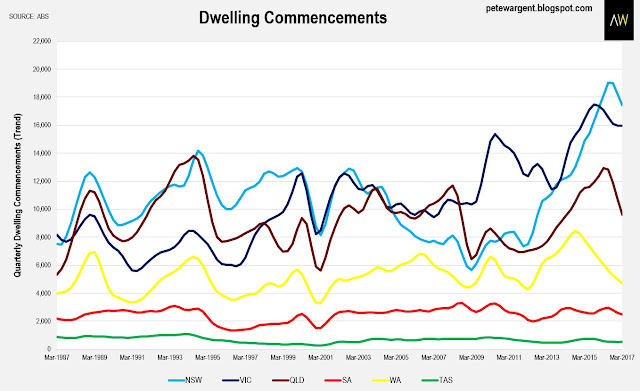 So it's been a genuinely impressive run, but dwelling commencements are now resolutely pulling back.


A unique feature of this construction boom has been the length of time it has taken for the flood of new apartment projects to be delivered.

However, completions are now starting to flow through nicely, with more than 223,000 completions over the year to March 2017. 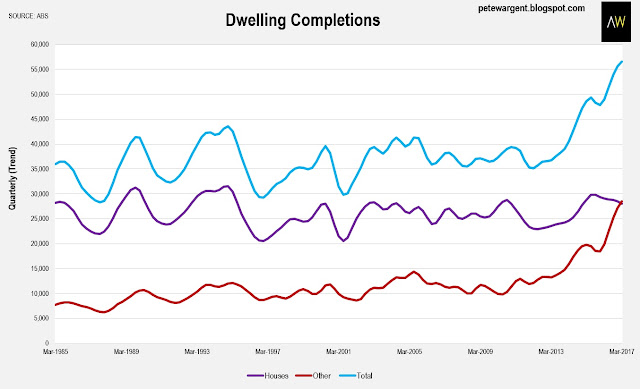 And there is still plenty more to come.

There were still more than 215,000 dwellings under construction at the end of March 2017, including more than 152,000 attached dwellings. 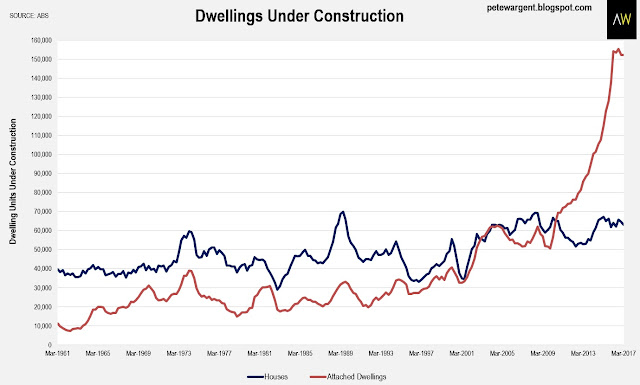 Activity remains particularly high in Sydney, with more than 63,000 attached dwellings under construction across New South Wales at the end of the first quarter of the calendar year (and a massive 82,836 dwellings in total, an all-comers record). 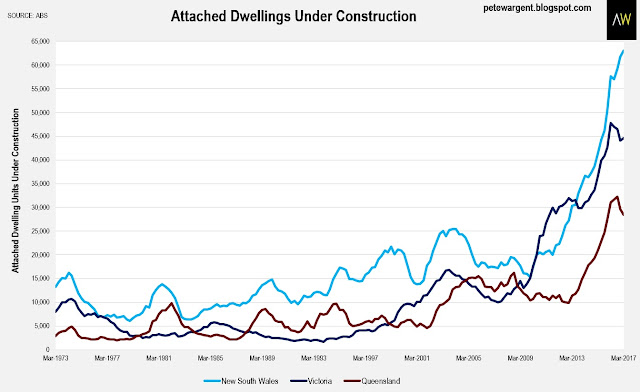 However, more than 40,000 approved dwellings have never been commenced, and nearly 20,000 of these are located in New South Wales. 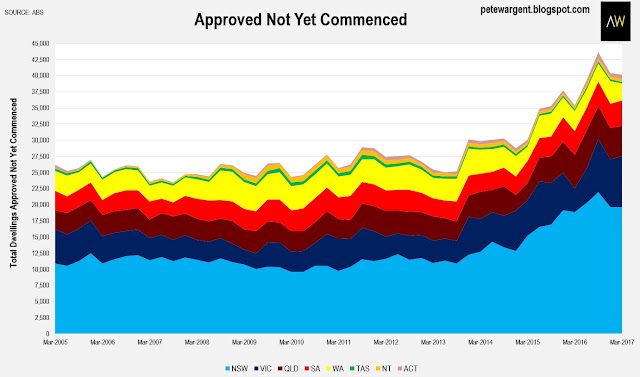 Overall, it can hardly be a huge surprise that the number of dwelling commencements has pulled back sharply over the year to March, particularly for apartments. 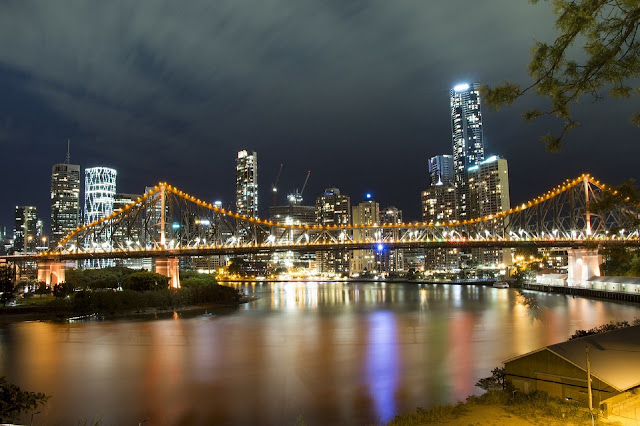