Over the year to March 2017 Victoria delivered an impressive 66,085 new dwellings, 31,337 of which were attached dwellings of one sort or another.

Yet annual population growth has exploded to +146,600.

In short, you can basically forget any chance of an oversupply in Melbourne until population growth comes down from the stratosphere.

It's not happening, and indeed Melbourne's vacancy rates appear to be approaching decade lows. 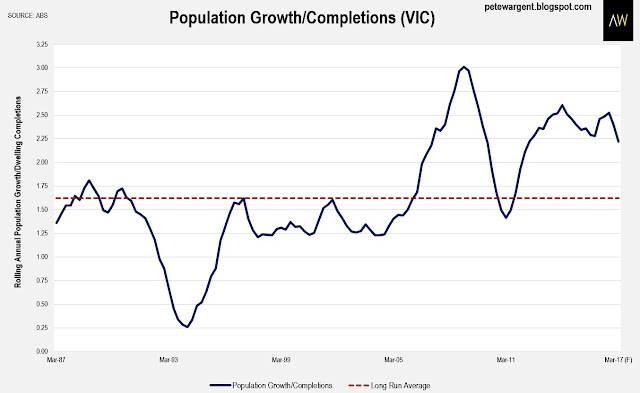 Annual population growth has ramped up in New South Wales too at +116,400.

But with 64,824 new dwellings delivered over the year this crude ratio has shifted favourably towards the supply side after ten years of relative under-building in Sydney. 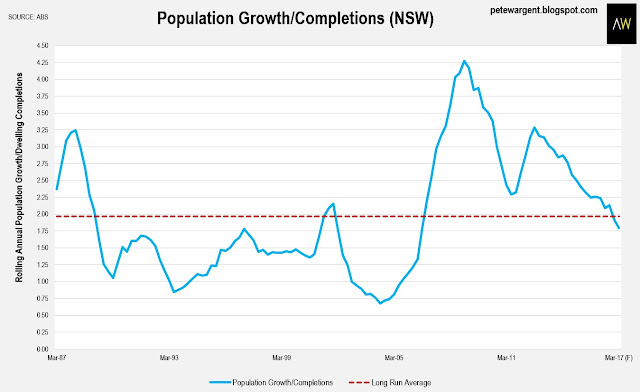 With some 82,836 dwellings under construction across New South Wales there's plenty more to come too, in spite of dwelling starts now finally having passed their peak.

Despite being a more diverse state - as well as being home to traditional boom/bust markets such as the Gold Coast - Queensland has followed a similar pattern.

The Sunshine State delivered 46,469 dwellings over the year through a period where population growth had slowed dramatically following the peak of resources construction boom in 2012.

Although population growth has now picked up in Queensland and dwelling starts are apparently slowing to a crawl, it's clear that an oversupply of new dwellings is writ large. 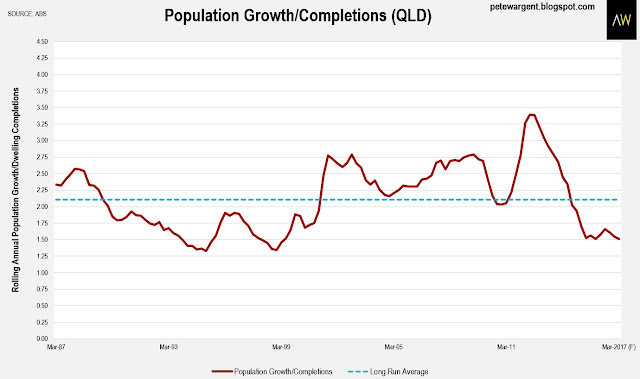 The number of dwellings under construction has been in decline since September 2016, with 37,624 dwelling units 'live' as at the end of the first quarter of 2017, and new starts have slowed dramatically, so the market is in the process correcting itself.

Notably, 28,391 of the dwellings under construction were of the attached variety, reflecting the super-boom in apartment construction up north.

Of course these models aren't intended to be anything other than a crude dashboard, but are a simple display of the apartment oversupply that faces parts of inner city Brisbane. 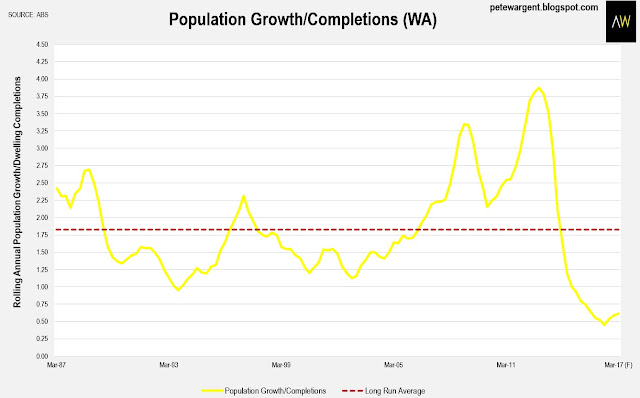 Population growth appears to have bottomed out in WA in line with a number of other indicators, but there is now a clear oversupply of dwelling stock to be absorbed. 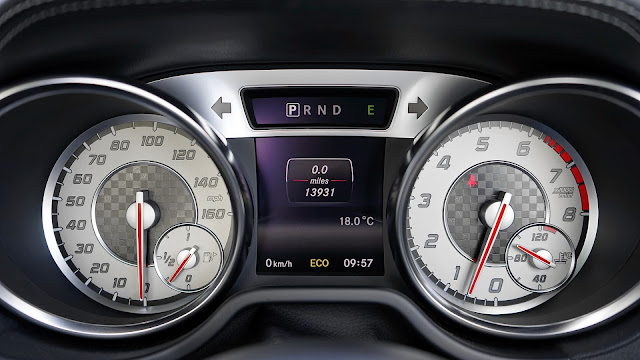